This chapter of the FF7 Remake guide has information about the Materia mechanics. Materia are a magic system that allows you to use powerful spells and skills in battle. 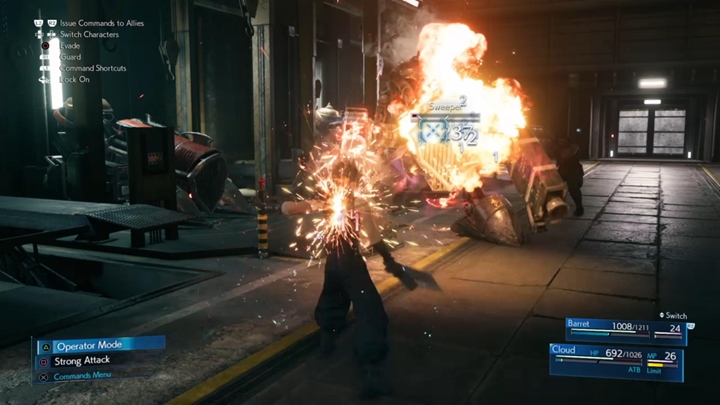 Materia come in the form of crystal orbs that can be placed in weapons and equipment. For example, Magic Materia allows you to cast fire, ice or healing spells. You can match skills for different characters and customize everything to suit your gameplay style. All you have to do is open the inventory window, go to the weapons/accessories and place the Materia you want to use. Notice that the number of slots in each weapon/accessory is limited - you have to select a few from an ever-growing pool. In the later stages of the game, you can buy weapon skills that, for example, increase the number of slots.

It is worth having your team equipped with various Materia because the enemies are susceptible to different attacks (they have a certain vulnerability to the elements). Many skills become even more powerful when used, earning AP points. For example, fire becomes Fira and then Firaga, Thunder - Thundara - Thundaga etc. Therefore, you should focus on variety and a good team preparation.

On separate pages of our guide you can learn how and from where to get all: