This page of the FF7 Remake guide contains a description of the fight against Crab Warden. You encounter this robot during the final moments of Chapter 5 - Dogged Pursuit. 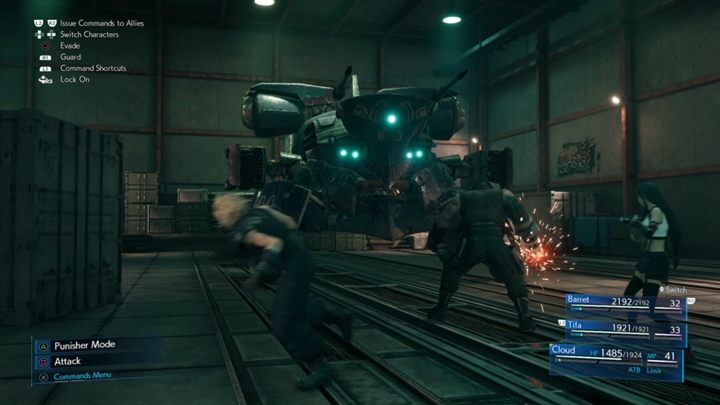 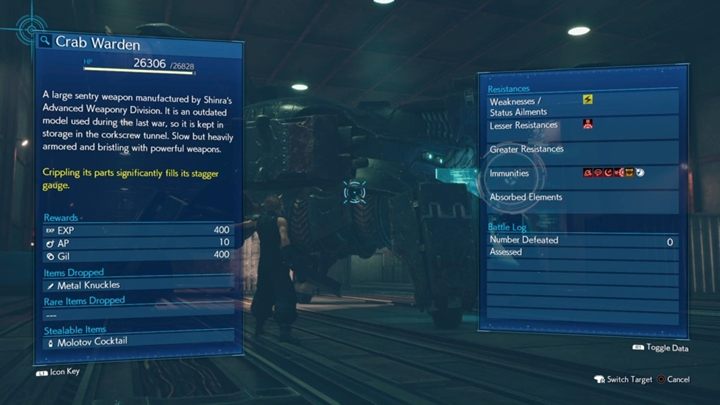 This boss has 26,828 HP and is vulnerable to electric attacks. Remember to use Thundara in this fight. For starters, focus on attacking the boss's legs. After destroying the legs, the enemy's stagger bar will fill up rapidly - use this opportunity. Crab Warden uses electrical discharges when you are close, so remember about dodging and blocking. Your opponent also has a flamethrower, so you have to be careful not to get damaged when you are doing your combos. When the enemy is staggered, use your strongest attacks, including Thundara.

After depleting 1/3 of its HP, you will proceed to the second phase of the fight. Minor robots will appear in the arena to assist the boss. You need to focus your attention on them first - use Barret for this. You can also use a summon to help you fight and deal some damage to the boss. 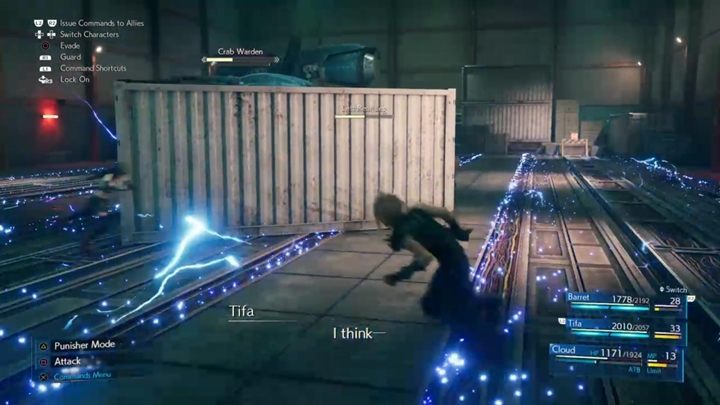 During the third phase of the fight, the boss gets a new attack - he will charge the tracks with electricity. You have to hide so you don't stand on the tracks and wait out the attack. Then continue to fight the boss and try to defeat him as quickly as possible to avoid more electric attacks.