The page of the FF7 Remake game guide includes a description of the first boss battle in the game - Scorpion Sentinel. 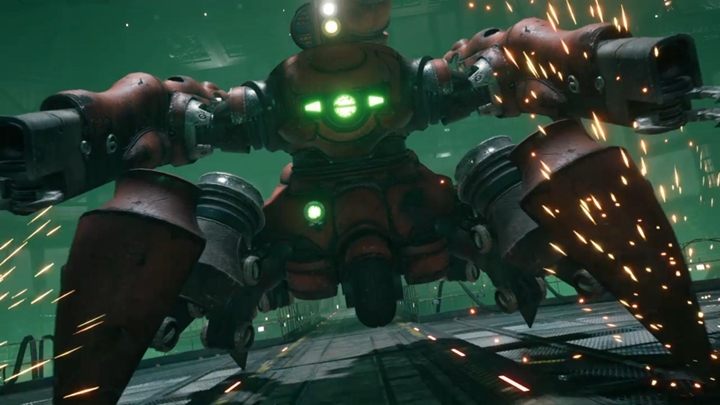 This boss appears in Chapter 1 - The Destruction of Mako Reactor 1.

The enemy is very resistant to physical damage and sword attacks are of little value. When Scorpion captures Cloud, switch to Barret and attack with the cannon. Boss's weakness is electrical attacks-so use Thunder to weaken him. At the same time, you have to avoid the missiles that the boss fires. 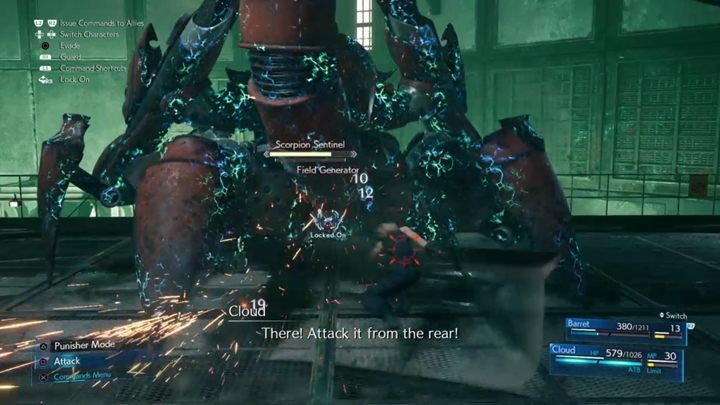 After taking some of his life, the boss jumps back - approach him and continue attacking with the help of Thunder and Cloud's special abilities. Watch out for boss's electric discharges-focus attacks on the back of the boss, where the Field Generator is mounted. When the boss jumps on the wall, switch to Barret and shoot him. 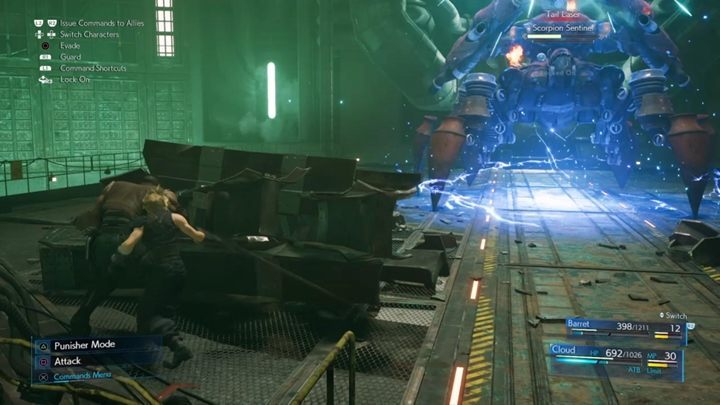 During the third phase, the enemy will start shooting lasers from the tail. Hide behind the barricade and, after the attack, go back to smashing the generator and using the matter. 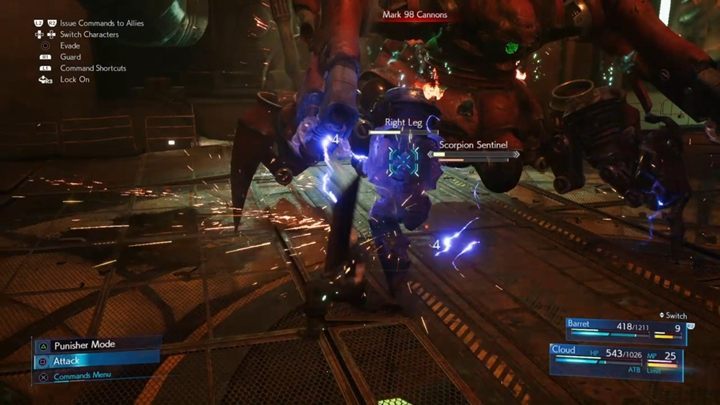 At the end of the fight, the boss gets mad and starts attacking with the help of a large number of rockets. In addition, the boss will run the auto-repair protocol. You have to avoid rockets and attack his legs. Watch out for the discharges and the rockets - once destroyed, finish the boss to win the battle.