This page of the FF7 Remake game guide contains a description of the next character - here's Tifa! 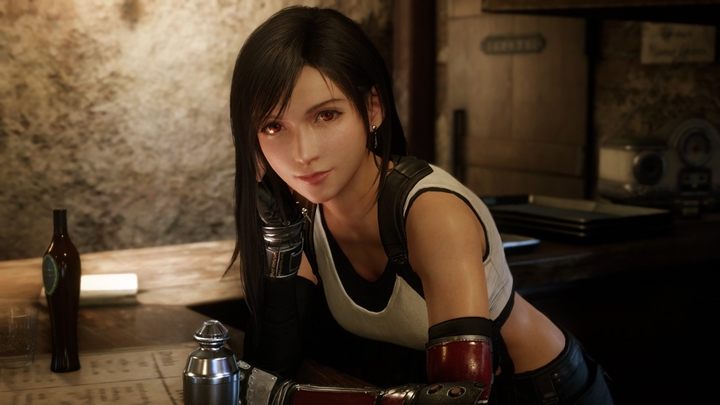 Tifa is by far the fastest and most mobile character on your team. Although she looks fragile, Tifa is still very strong and becomes the more powerful, the longer it takes to defeat the opponents. In combat, she focuses on short-range attacks and is mainly focused on constantly attacking enemies, which slowly pushes them into the staggered state.

Here you read about all Tifa's weapons upgrades.

Her Unbridled Strength ability increases her strength after activation, with three levels to choose from - this skill is truly powerful, though it requires skillful timing and selecting the right target. Remember that a woman is quite prone to punches, so it's better to take stronger attacks from enemies on Barret or Cloud.

When Tifa is on the team, it's best to play as other characters and let the power slowly build as you execute attacks with others. Her powerful attacks are very useful when you're fighting other mobile targets. The woman has very powerful special attacks that inflict a lot of damage to her enemies.