The following page of the guide to the Final Fantasy 7 Remake contains a description of another teammate, Barret. 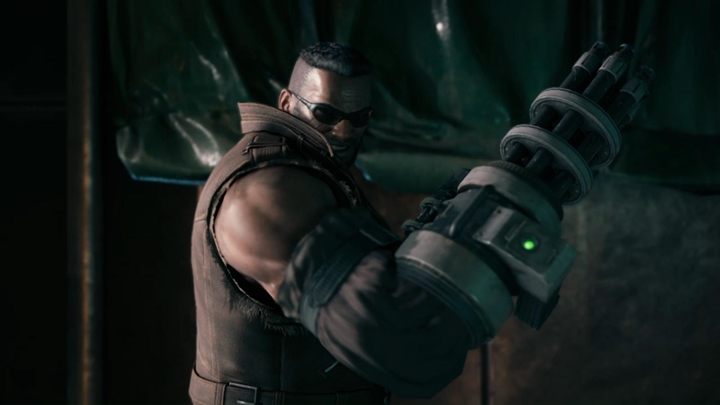 Barret is a member of the Avalanche group. His role on the team can be described as "tank". Barrett is a born tank, with his size, powerful stamina, and injury resistance. He is highly resistant to blows, durable, and often attract enemies' attention. He attacks enemies with the help of his powerful cannon, often drawing them away from wounded and less resilient characters.

Here you read about all Barret's weapons upgrades.

In combat, in addition to being a tank, he deals with distance attacks. In combat, he will use his hand cannon to constantly fire at enemies, while his certain special attacks can, among others, immobilize your enemies, or inflict serious damage from a distance. Barret is a great alternative when, for example, you're fighting enemies who fly or climb walls.

In combat, make sure Barrett is always alive - that's the team's shield. He is more durable than the rest, so he is able to take a lot of punches. You can also use his magic skills to support the team on offense.