Summons, a type of Materia that allows us to summon various creatures, play an important role in Final Fantasy VII Remake's combat system. This page of the guide provides an overview of this gameplay element.

Playable characters can be equipped with Summons Materia (each character can only have one). Thanks to them, they get a special bar that charges during the game. Once it is full, we can summon those creatures. This mechanic, however, has its rules - you can call a Summon only when fighting more powerful opponents. 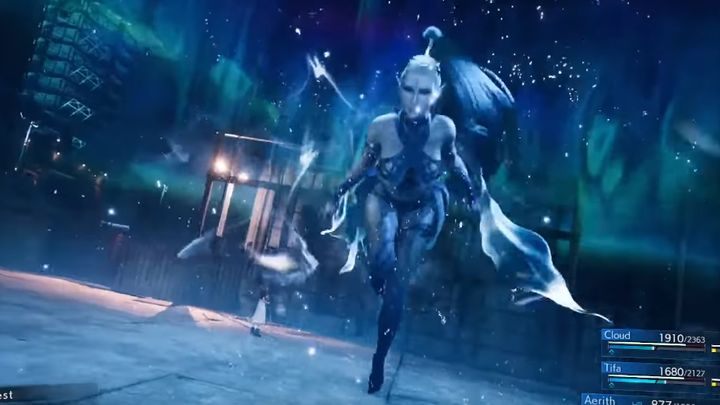 The creature is controlled by artificial intelligence, but you can command it to use its abilities. These characters fight on your side until their bar is empty. However, before they disappear, they will use a powerful attack.

Shiva, a creature specializing in ice attacks, is one of the available Summons. It moves around the battlefield, freezing opponents.