In this chapter of the Final Fantasy 7 Remake guide, you will learn about the combat mechanics. 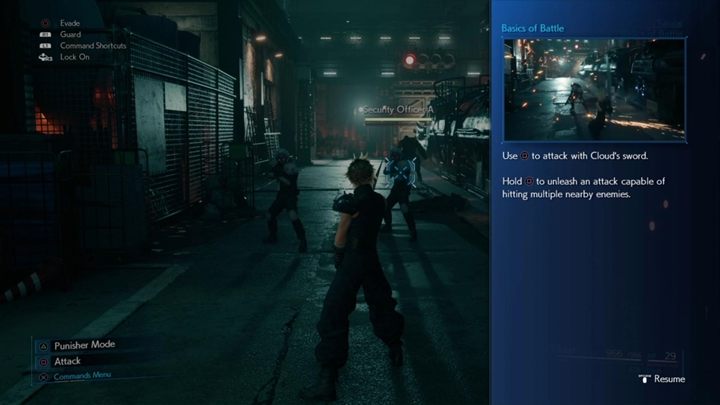 Combat in FF7 Remake is much different from the original version. Unlike turn-based combat, there are several options. At the very beginning of the game, we choose whether we want to play the normal way or use the so-called. classic mode. Normal game mode will make you fight enemies in active mode. Fight closely resembles the Kingdom Hearts series, though you switch between the team members, use powerful skills, and use the matter system. 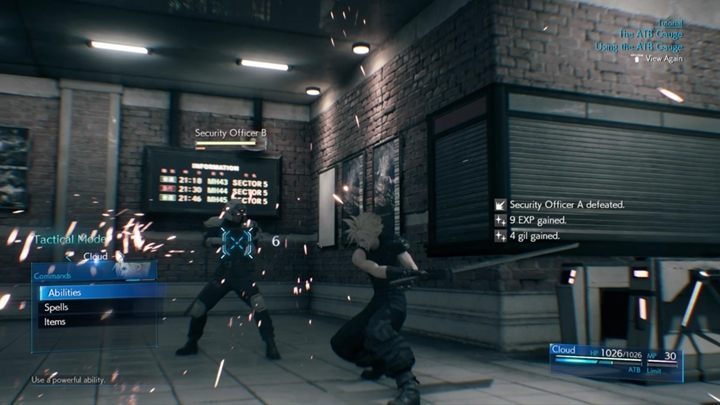 In combat, the ATB (Active Time Battle) indicator is being filled. This bar allows you to cast spells and use powerful skills during combat. During the fight, you can use the Commands menu, which will trigger a very slow action (something like a pause, although time flows very slowly). You can then use the characters' spells, choose skills, or use items to heal yourself, for example.

You can also switch to Classic mode at any point in the game. In this mode, characters will block attacks, attack themselves, and avoid blows. Your job will only be to handle ATB options-casting spells, selecting skills, etc. this mode is primarily intended for fans of the original gameplay.