During your adventure with Final Fantasy 7 Remake, you will encounter mini-games that add variety to the gameplay. This page contains information about this element of the game.

A mini-game is a small production implemented into another game. It is often much simpler than the base game and differs from it in terms of gameplay mechanics. The original version of Final Fantasy 7 contained a number of various mini-games. Among them, we could join the march of troops during the Junon Parade or play basketball at Wonder Square. 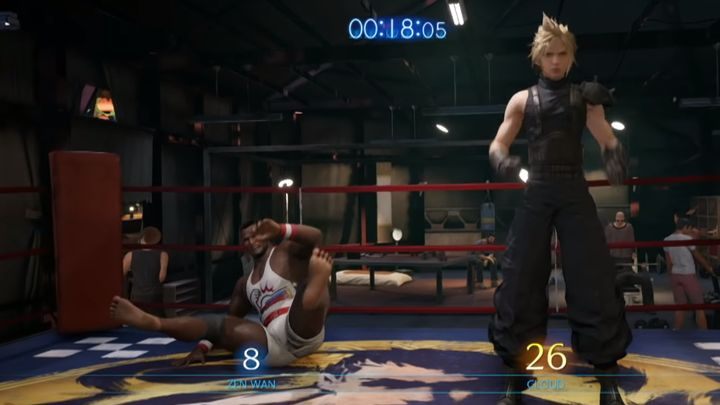 One of the more characteristic mini-games found in the original production is the squats contest in the Wall Market. Our goal was to beat an enemy controlled by AI. As a reward, we received a wig that allowed you to disguise Cloud as a woman and get into Don Corneo's Mansion.

The remake also has this iconic mini-game. It was, however, modified a little bit. The whole game resembles a game rhythm in which you need to press buttons at the right time. Besides doing squats as Cloud, you can also do chin-ups as Tifa.