With the knowledge about players, kick takers and formation, you can start your first match. In the example presented in the pictures in this game guide, Angola is the first opponent (it wasn't difficult to win, check the image below). If you want to know how to play matches, go to "Movement" and "Tactical solutions" sections. Now, we'll concern on what's after the game. 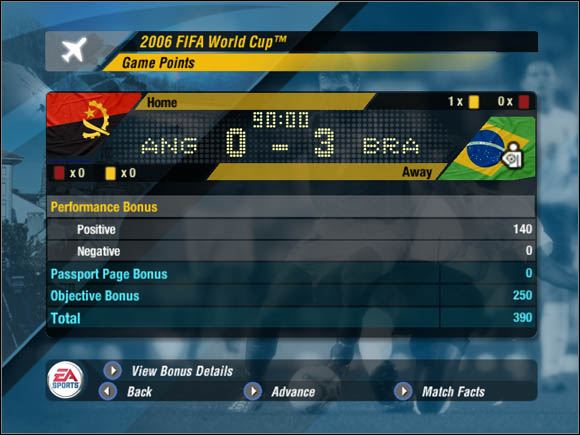 The game gives and takes points for each meeting on the pitch. Take a look at the "Performance Bonus" section in the picture above. Positives are given for:

There is also an "Objective Bonus". These points are given for completing special tasks. For example, score seven goals in a match, win five matches in a row, etc.

And the last and, I think, the least - "Passport Page Bonus". You can score these points by filling a passport page with stamps from beaten countries. There are few groups of these: on one page you've got Asian stamps, on the next you'll find European ones, etc. In the picture below you can see the Africa Zone with the sign from Angola. 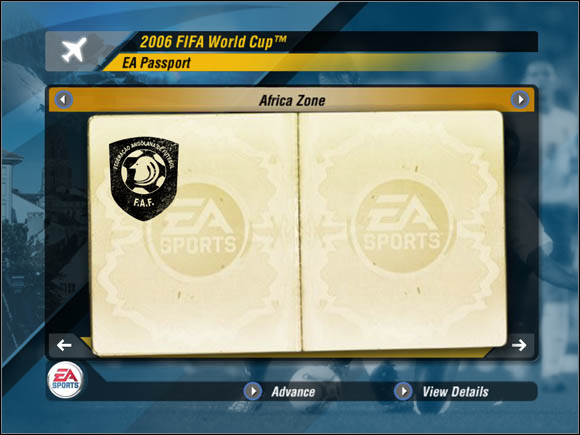 Collected points can be exchanged for special unlocks: new balls, shoes, shirts, footballers and so on.

This site is not associated with and/or endorsed by the Electronic Arts or EA Sports. All logos and images are copyrighted by their respective owners.