Pass is a really basic manoeuvre in football. Getting familiar with it gives a real advantage during the match, which, of course, results in more goals.

The easiest pass can be performed by pressing [S]. The player we actually control (and who has got the ball, of course) passes the ball to this footballer, in which direction he actually looks. 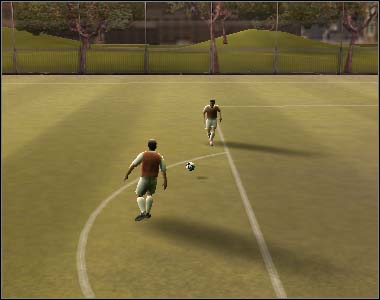 There's also an "pass & run" combination. After performing a pass, player starts to run towards rival's goal. This manoeuvre is quite useful while making a way through rival's defence, but it can be replaced with several passes as well. Press [Q] + [S] buttons to perform it. 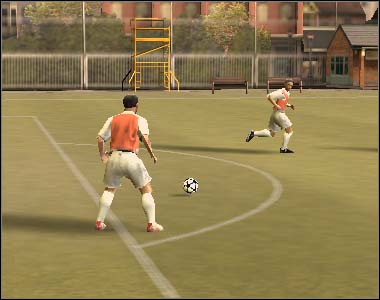 Long passes could be useful in the same situations as the one described above. Furthermore, long passes allows to move the action from one point of the pitch to another really fast. Although these passes are quite accurate, the ball flies a bit low and somebody can intercept it. Press [A] (new configuration - [D]) to perform it. 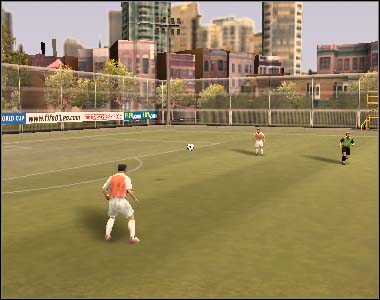 It is also possible to simulate collecting a pass by letting the ball roll between player's legs. Hold [Z] before your footballer collects the pass. But before this action, make sure that you won't lose possession after this manoeuvre. 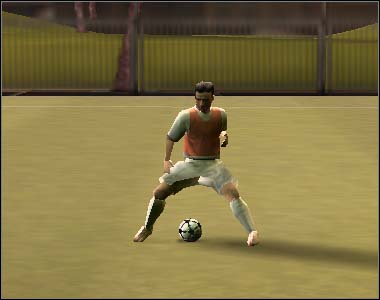 If we press [Z] in the same situation as presented above, footballer will let the ball roll next to his feet. After that, he'll get to the ball and continue the run along the pass' route. 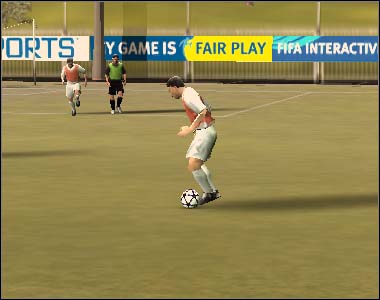 Press [Q] button to trigger run. It works with the player you actually look at with other footballer. He'll simply run towards rival's goal if trigger run key is pressed. 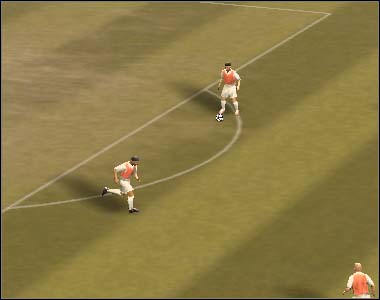 This site is not associated with and/or endorsed by the Electronic Arts or EA Sports. All logos and images are copyrighted by their respective owners.