This page of the FUT 23 FIFA guide shows when and in what form can you claim your Division Rivals rewards.

Division Rivals is one of the gameplay modes in FIFA 23 Ultimate Team. Anyone who won at least 3 matches in the previous week will be rewarded with the appropriate rewards: Packs, Coins, and FUT Champions Points.

When you win a certain number of matches, you move to a higher division, which translates into better quality and amounts of prizes won. Division Rivals rewards in FIFA 23 can be claimed every Thursday at 12am PDT / 2am CDT / 3am EDT in North America: 9am CEST in Europe, and 4pm JST / 3pm AWST / 6pm AEDT in Asia/Oceania. 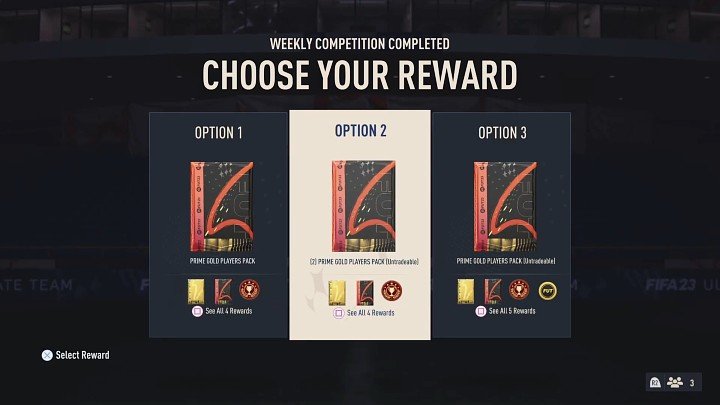 When you claim your Division Rivals rewards in FUT 23, you can choose from three options: