On this page of our FIFA 23 FUT guide, you can learn when you can claim your Squad Battles rewards.

Squad Battles is one of the game modes in FUT 23 in which playing is rewarded with really valuable rewards. In Squad Battles, you face teams created by the FIFA community but controlled by AI . Each week you can play up to 40 games for which, depending on the difficulty level, you get the appropriate number of points. The more points you get, the higher your rank will be, which in turn will translate into the awards you win. Squad Battles rewards in FUT 23 can be claimed every Sunday at 10:00 CET (CET 2) . 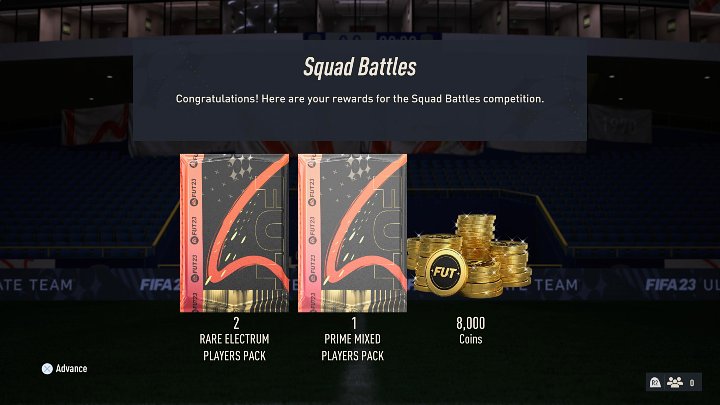 In Squad Battles in FUT 23 you can win packs of various values, including even Elite rewards, such as the Prime Mixed Players Pack, the Rare Players Pack or the Mega Pack, as well as Coins. The rewards can be used in FUT , so earned cards can be sold on the FUT 23 Transfer Market.