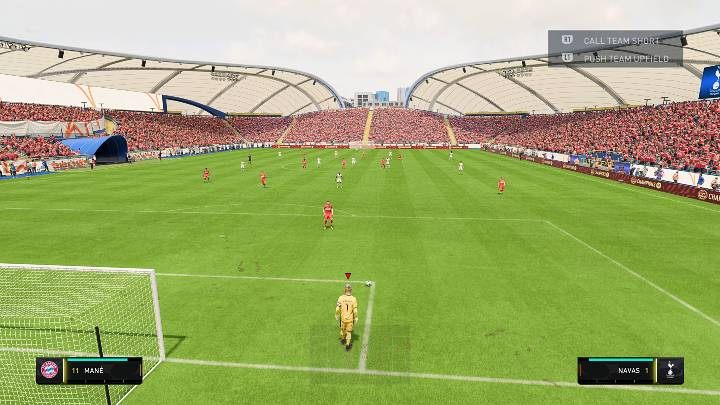 Kicking the ball is the least accurate technique of resuming the game from your own goal area. When you hold down the button responsible for Cross (square / X), your goalkeeper will kick the ball with a certain force and in the direction you point. When resuming the game in this way, try to aim at a sector of the pitch that is not crowded by opposing players. 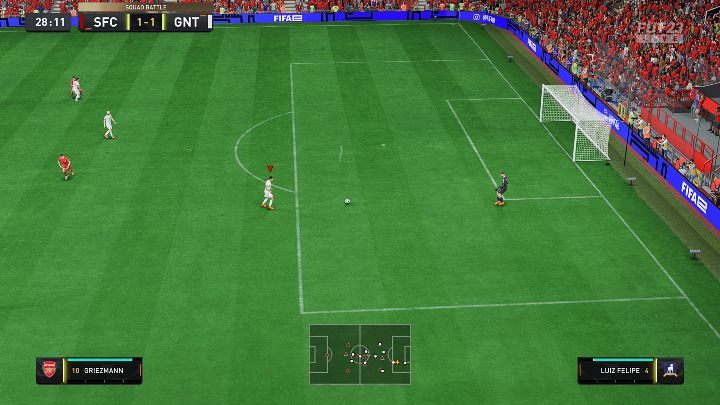 Short pass (X / A) is a safe option to resume the match, giving you a better chance of maintaining control over the ball. Before passing the ball to any of your players, make sure that the nearby attackers cannot take it from you . 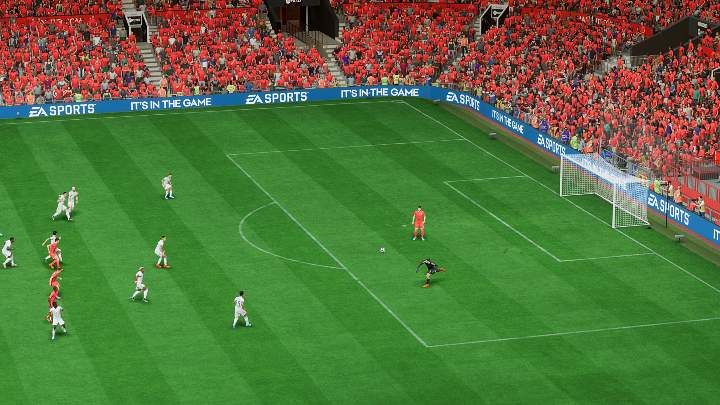 A throw (X / A) is a quick and precise way to resume the game right after taking over the ball . Using this move, you can throw the ball at the feet of fast wing players who will immediately start a counter. 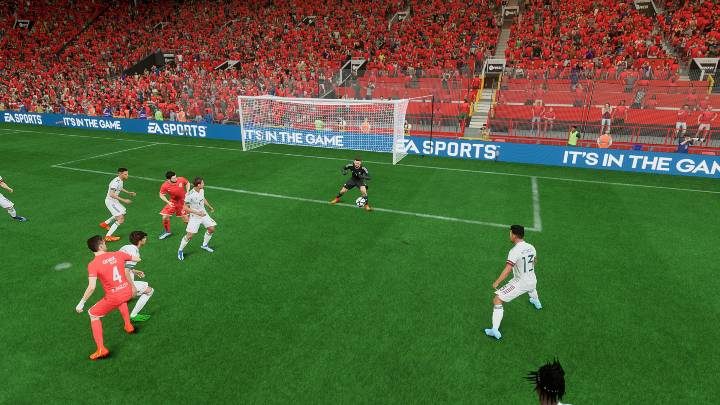 The goalkeeper doesn't have to be controlled by AI at all times. Depending on the situation, in FIFA 23 you can control the goalkeeper with the following commands :