On this page of our FIFA 23 guide, we explain action building in detail, as well as show how to perform successful counters. 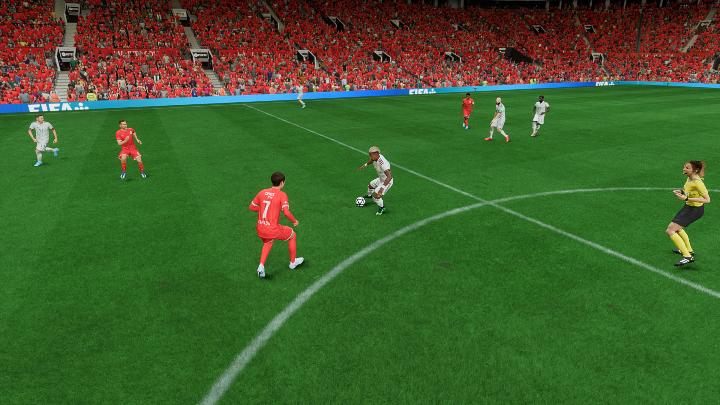 By using the appropriate button (L1 / LB) and the left analog stick, you can enter the ball control mode. Your player will be able to efficiently shift the ball from foot to foot and control its forward and backward movement, but this will deplete your stamina. By controlling the ball, you have a better chance of getting past the opponent who is trying to take it from you.

The center of the pitch is very crucial, as rash decisions and excessive risk here don't apply, as the opponent can make use of your mistakes to retrieve the ball, and conduct a quick counter. Try to play smooth, confident passes and slowly tear your opponent's midfield while waiting for the opportunity to launch wingers and strikers. 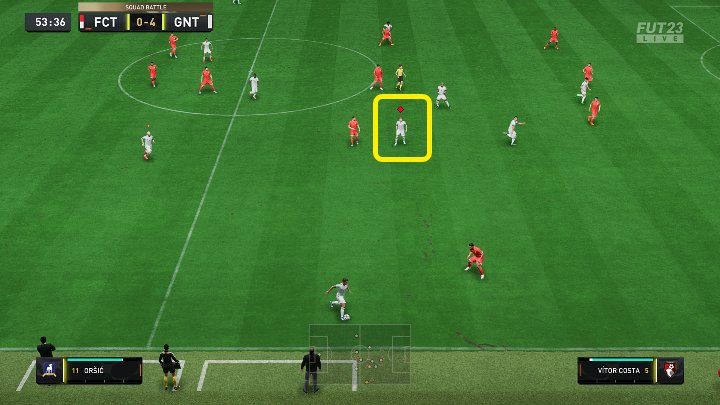 Changing to Recipient (L3 R3) is a mechanic that allows you to give up control of the player leading the ball to AI, so you can switch to any other playerand receive the pass with him. Before you change the player make sure that there is no opponent nearby who can easily pick up the ball from you. 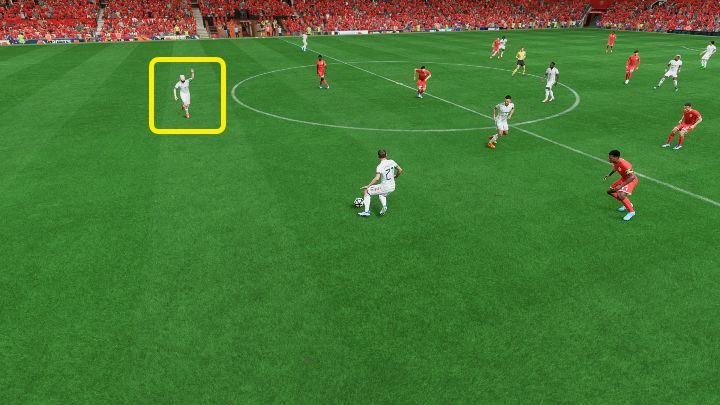 Summoning a player (R1 / RB) is a mechanic that allows you to summon a teammate to pass the ball to him or to fake a pass and thus confuse the opponent. The player who is being summoned will turn to the direction of the ball and raise his arm to signal that he is ready to claim the ball. 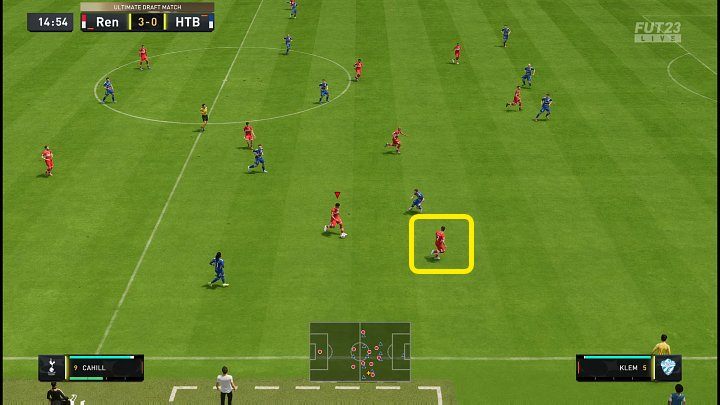 Running-in is a mechanic known from the previous installments of FIFA . As you control the player holding the ball, you can turn into the direction of the chosen player and order him to run in for a potential pass (L1/LB)

If you accidentally ordered the wrong player for the run-in, you can choose him with the left analog stick and press R1 / RB to get him back to his position. 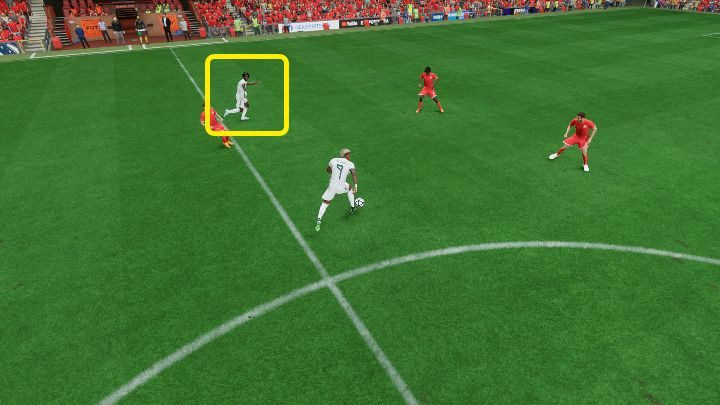 One-touch passing (L1 X / LB A) is an extremely effective way to break the opponent's defensive line. The initiating player plays the ball to a teammate, then runs forward and signals the pass with a movement of his hand. At this point , you can decide whether to play the ball directly to the running-in player or move the ball a bit forward, to an empty field. 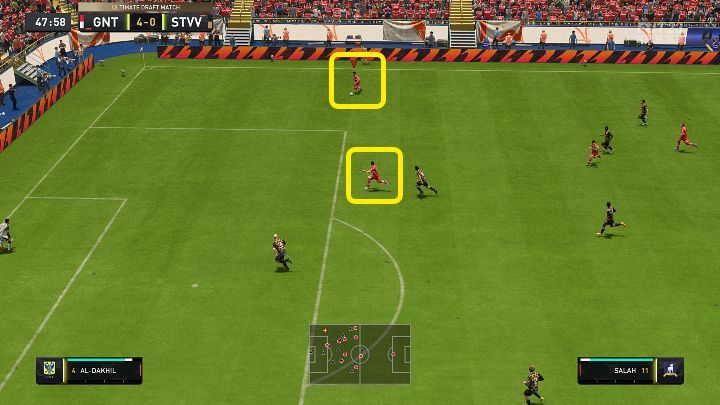 An opportunity to conduct a counter appears when e.g. the opponent has made a wrong pass, lost the ball during a feint, or his shot was blocked. Classic counter involves playing the ball into the side sectors of the pitch, where a long pass can activate one of your fastest players. Of course, you can lead the counterattack through the center of the field, provided you have a fast enough striker and you have enough space to play a perpendicular pass.