This page of the FUT 22 mode guide in FIFA 22 will tell you when you can claim your Squad Battles rewards.

Squad Battles is one of the modes in FIFA 22 Ultimate Team for which players can receive valuable rewards. In these games, you have to face teams created by the FIFA community but controlled by AI. You can play 40 matches each week to receive points - their number depends on the selected difficulty level. The more points you earn, the higher your rank will be, which, in turn, will determine the rewards. Rewards for Squad Battles in FUT 22 can be collected every Sunday at 6:00 PM PST.

After the change from daylight saving time to standard time, the rewards for Squad Battles in FUT 22 are awarded at 2 am PST. 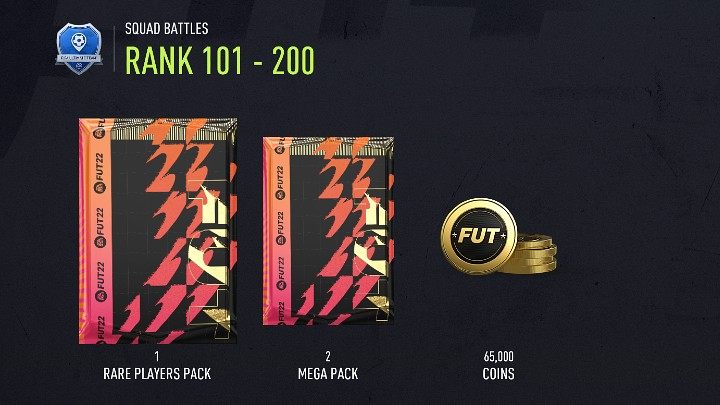 The rewards for Squad Battles in FUT 22 include various packs, including the more valuable ones received for obtaining Elite or TOP 100 ranks (Ultimate Pack, Rare Player Pack, Mega Pack), as well as Coins. The rewards are thankfully tradeable, so the cards you earn can be sold on the FUT 22 transfer market.

It is also worth noting that the ranking in the Squad Battles mode changes dynamically and is updated on an ongoing basis. This means that once you reach a certain rank, you are not guaranteed to stay there.