On this page of the FUT 22 mode guide to FIFA 22, you will learn the best ways to manage your FIFA Ultimate Team.

FUT 22 is a complex gameplay mode where you not only play matches, but also manage your team. Your duties include extending the contracts of players and managers, treating injuries, selecting tactics, switching out players during the game and constantly improving your squad by obtaining new players from the transfer market.

In FUT 22, each footballer or manager has a contract for a set number of matches. Each fresh card has a contract signed for 7 games, after which you will have to renew the contract if you want to continue using them in your club. It should be noted here that letting players in from the substitutes bench for the last minute of the match also deducts 1 contract point.

Below is a list of all the contracts in FUT 22: 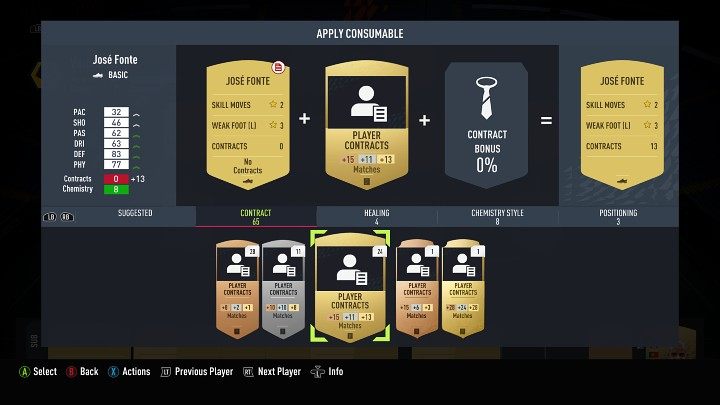 The contracts of players or managers can be extended in the squad menu - select a specific player, expand the actions menu and use the suggested card or go to the contracts menu and manually select the type of card to be used.

In FIFA 22 Ultimate Team, there are no penalties for not renewing your contract. You simply won't be able to use players without a contract until you sign another contract with them. Players with an expired contract can of course be put on the transfer market.

In FIFA 22 Ultimate Team, injuries are common, and the most injury-prone players are those who spend a lot of time on the pitch. A player can get injured after aggressively taking control of the ball, during a slide tackle, or even while sprinting towards the ball. Leg and head injuries are probably the most common. 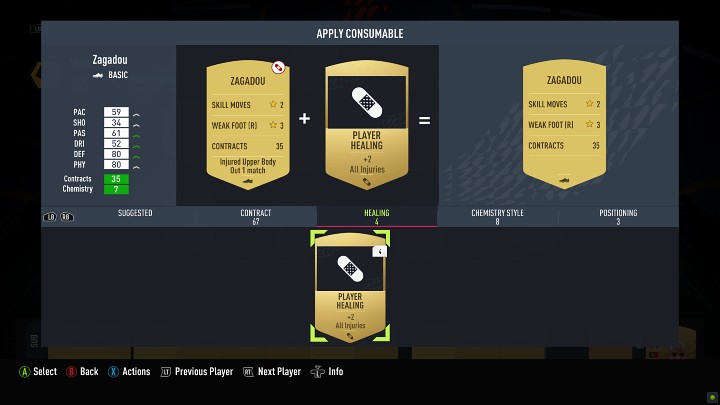 A player who gets injured can't be used for a certain number of matches, but can be healed quickly with the appropriate disposable card. In the squad menu, select the right player and go to the action menu, then choose the consumable items tab. Next, enter the treatment tab and choose the distinctive band-aid icon.

Note that some cards can accelerate player's return to the pitch by just 1 or 2 games, while others can cure him immediately.

The playing style cards in FUT 22 change the stats of players to make them even more suited to their role on the pitch. For example, if you want to improve your attacker's shooting skills, you can put the Sniper card on him. 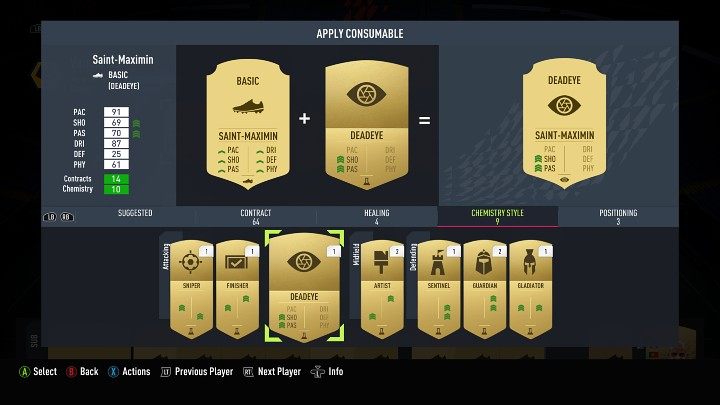 In FUT 22 Ultimate Team, you can also reposition players to relegate them to a different position without weakening their chemistry, but this process has some restrictions. For example, you cannot change the position of a forward card to a central defender.

Below we explain how you can change the position on your player cards in FUT 22: 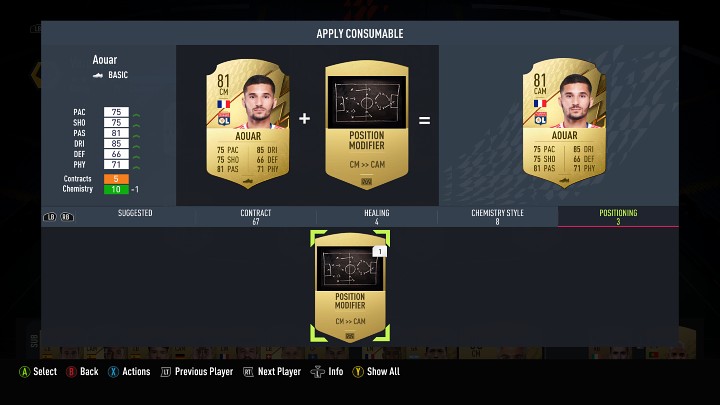 Changes during a football match

The players who play for your club are not indestructible. They each have a certain stamina level that defines how quickly they become tired during the game. Some players will tire slowly and be able to play the whole match at a fast pace, while others will have to be switched out at, say, the 60th or 70th minute of the match. 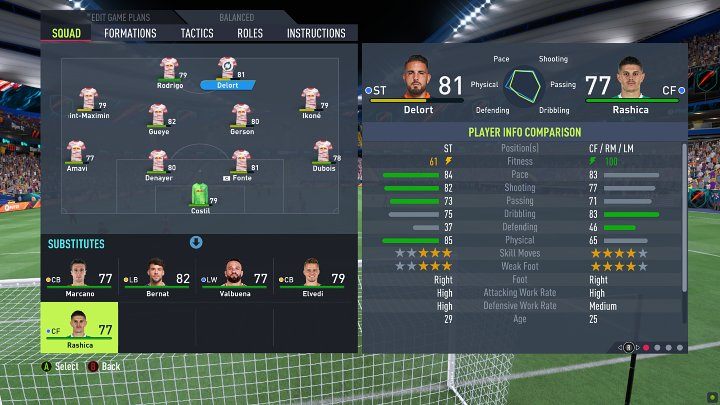 To make a substitution during a game, initiate a timeout, which will be activated when the ball leaves the playing field or when you reach another timeout and switch to the team view. Then, you need to select the appropriate player from the field and replace him with a player from the substitutes bench.

Pay special attention to the players who are always involved in offensive actions, i.e. forwards, offensive midfielders and wingers. When their stamina levels drop low, bring in rested players who will be more likely to finish the action.