On this page of the guide you'll learn about the set pieces that can be taken in FIFA 22 and the best ways of taking them.

The set pieces in FIFA 22, especially those taken near the opponent's penalty area, are always a great scoring opportunity, whether by taking a direct shot or passing the ball towards the strikers. 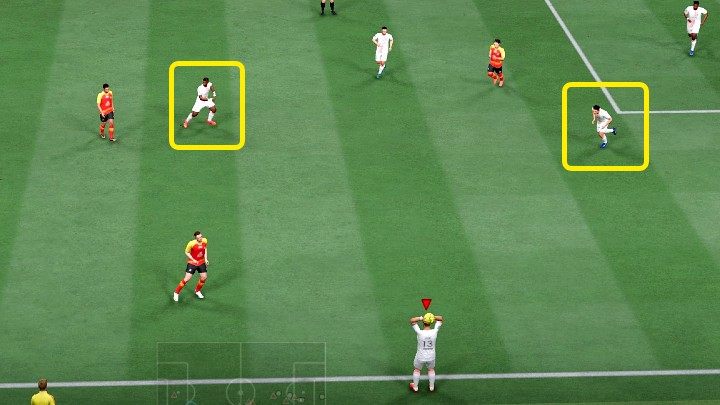 Throw-in is a classic play which restarts the game from the field's sidelines. When making a throw-in try to aim for a player who's not currently covered by an opponent or towards a player who's running in. Remember, if you hold down the pass button for longer, the player will throw the ball further away, reaching even the midfield or the penalty area. 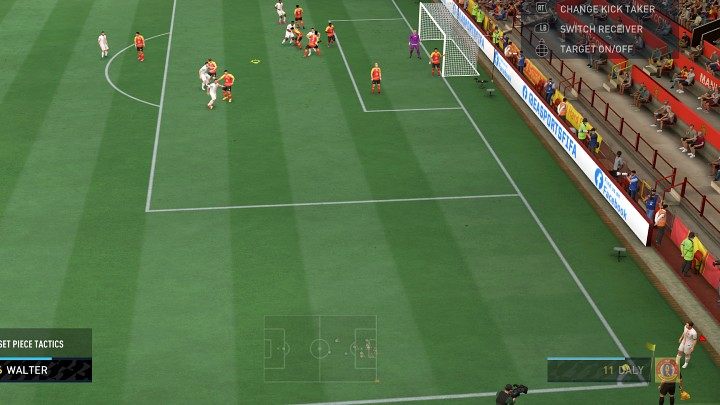 Before you take a corner kick, you'll see a cursor appearing in the opponent's penalty area, allowing you to choose where to aim your cross. Once you set the cursor in the right place, press the cross button and adjust the power. Remember not to kick the ball too hard, as you could end up kicking it over the penalty area, losing your chance to score. 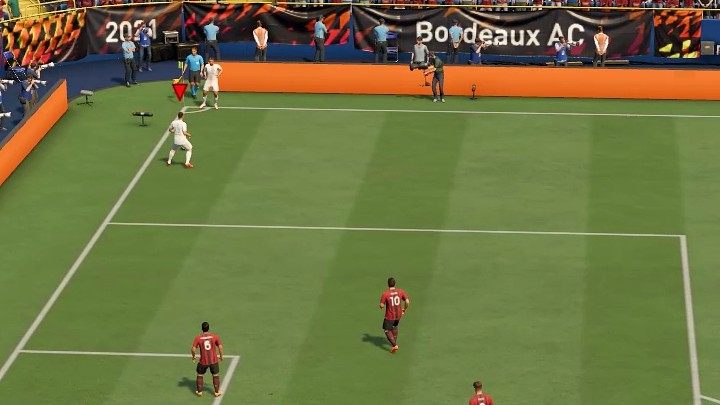 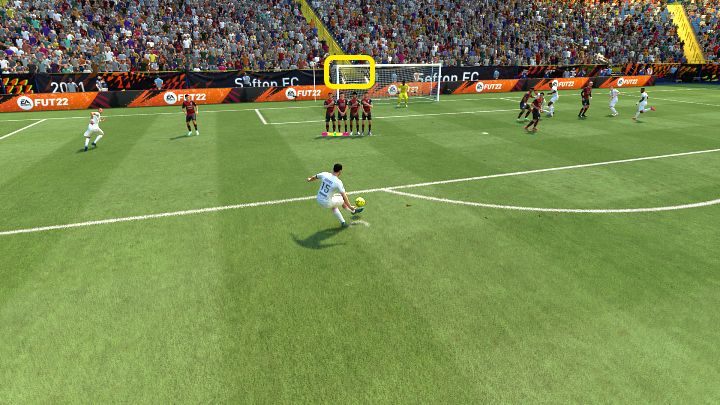 Free kicks in FIFA 22 can be taken in several ways depending on the situation:

Penalty kicks in FIFA 22 are usually a lottery and involve a ton of tension, especially if they decide the outcome of a difficult match in Division Rivals or FUT Champions. To take a penalty kick press the shot button, choose the direction the ball should be sent in, then hold this direction until the shot is taken.

You can also use a modifier or a finesse shot modifier to take a technical shot. Remember to limit the shot's power to about 2 bars, if you set it too high it's likely the player will kick the ball over the goal, wasting the chance to score.