On this page of the guide you'll learn what kinds of shots can be taken in FIFA 22 and the best ways of taking them.

There are many ways to score in FIFA 22, learning all available techniques will definitely help you with taking more effective shots. Overtime, you'll learn to recognize situations that work well for a specific technique. 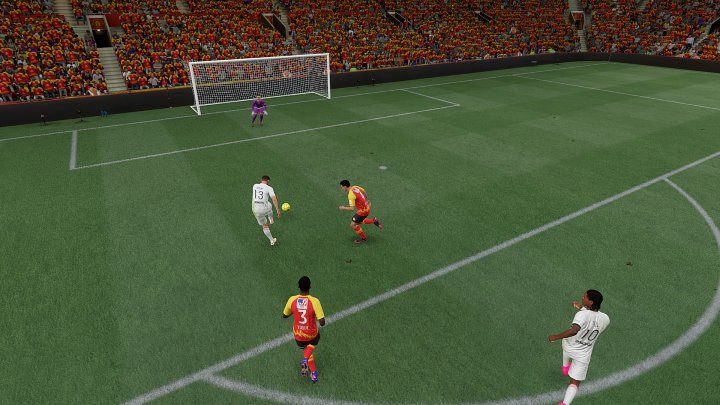 The classic shot is often the best and easiest way to finish a play in FIFA 22. You can take a classic shot no matter your position and distance from the goal, but its effectiveness depends on your strength and precision.

When selecting attackers pay attention to their stats: finishing, long shot. The number of stars for the so-called weak foot is also very important (they should have at least 4) so that they don't have to constantly move the ball to their stronger leg.

Timed Finishing is a staple of FIFA ever since FIFA 19, so it's probably not a surprise that it's also featured in the latest installment. The Timed Finishing allows for a more accurate and powerful shot than a normal one, but requires some practice. To perform a Timed Finish, you need to press the Shot button, then press it again right before the player kicks the ball. This play is more challenging than expected and works differently with each player, so you need to estimate the correct moment to take it. 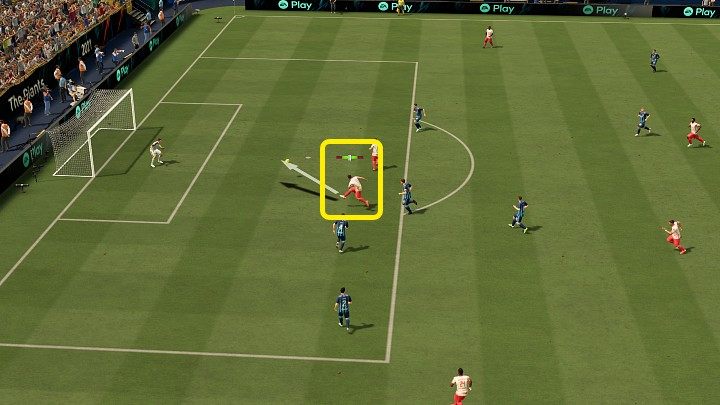 You shouldn't always use the Timed Finish, its margin of error is quite large so it's easy to waste a good scoring opportunity. They're incredibly effective when shooting outside the penalty area though - the technique is definitely worth trying then.

If you can't perform this play, check the game options as it's possible Timed Finishing is disabled. 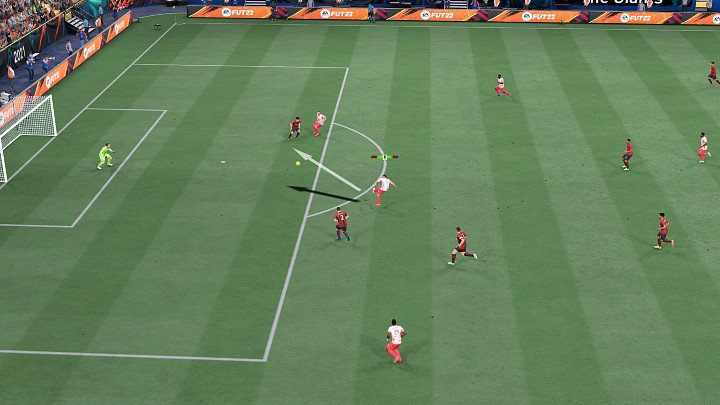 The finesse shot is executed with less force but more precision, usually resulting in the ball entering, for example, one of the goal's corners. Finesse shots are very difficult to defend against, especially if taken outside the penalty area and/or by weaker goalkeepers. To perform a finesse shot you need to hold down the modifier button (R1, RT), press the shot button and choose the direction of the shot.

In FUT 22 it's better to take finesse shots with the player's dominant leg. It's a great way of scoring a spectacular goal from outside the penalty area, or when the goalkeeper leaves the goal. 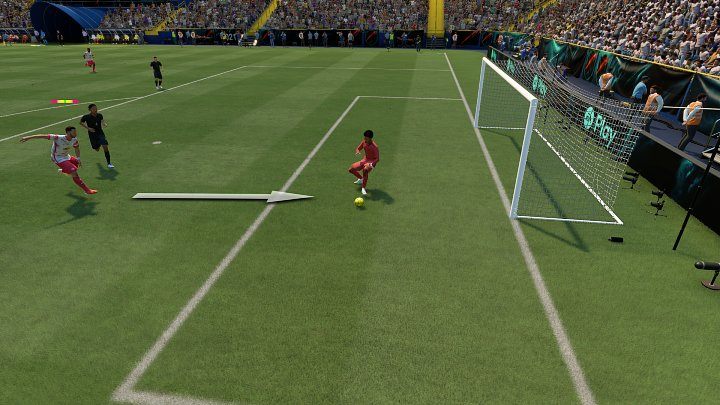 These shots are very difficult to defend against due to the height the ball flies on towards the goal. The vast majority of goalkeeper interventions ends with them dropping the ball, bouncing it off right towards the enemy striker, or result in a corner kick. To make a low driven shot, simply press the modifier button (L1/LT and R1/RT) and the shooting button.

These kinds of shots work best around the 11 meter mark. It's a good idea to aim for one of the goal's corners, reducing the goalkeeper's chances of reaching the ball when it's kicked hard. 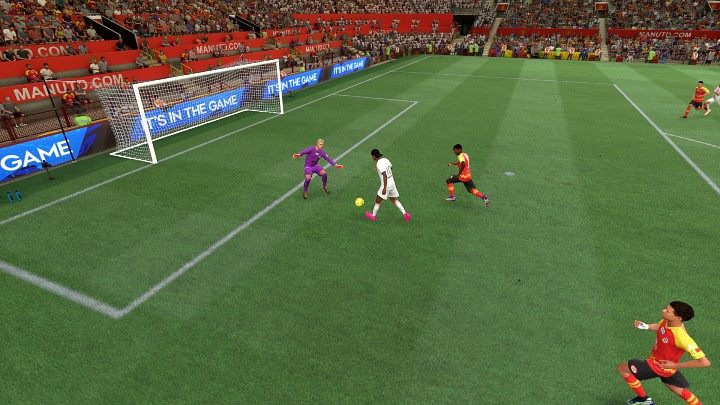 This is a technical strike that comes in handy if the goalkeeper slightly moves away from the goal and is trying to dive under the attacking player's legs. To execute this play you must press the modifier button (L1/LT), the shot button, and choose the direction. 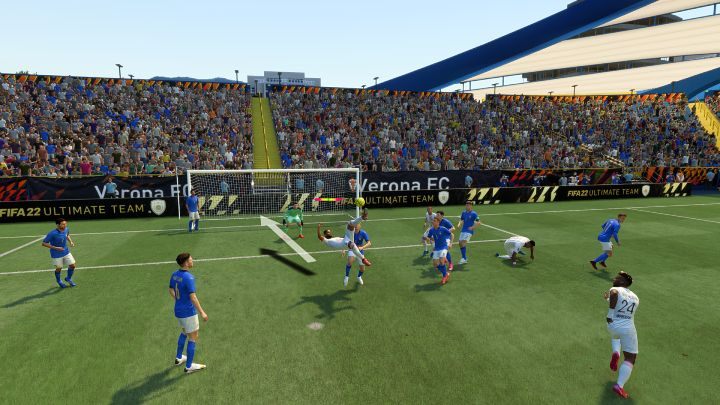 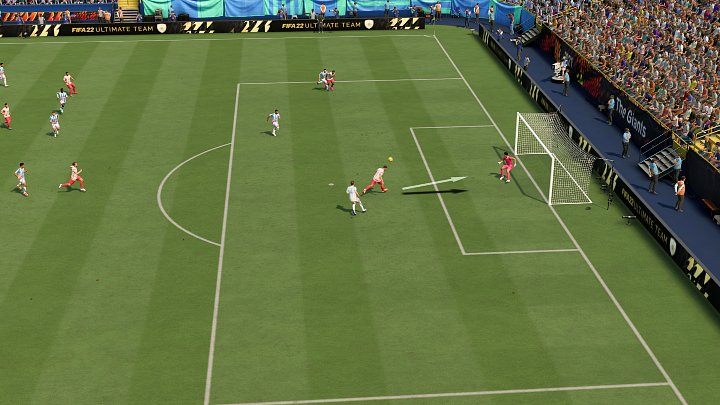 When the ball is airborne and at the appropriate height, most of the players in the opposing penalty area will go for a header shot. Depending on how high the ball is, it could be a classic header or a diving header. A header shot is often of the easiest and best way to score after a cross, and they're especially effective in FIFA 22. 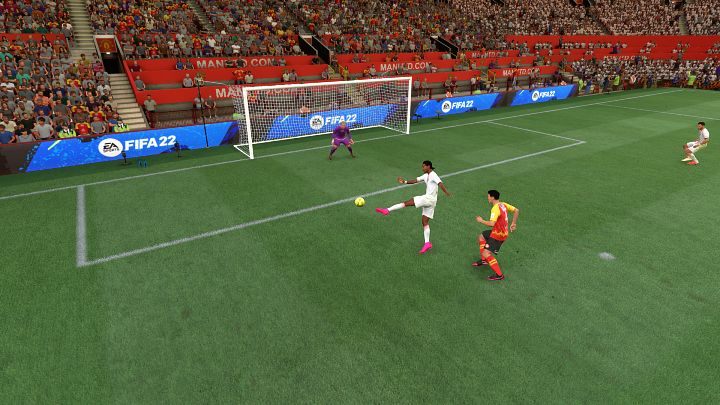 When the ball flies towards the player but its trajectory prevents them from taking a header shot, the player will try to kick it before it hits the ground. Volleys are powerful but unpredictable, and less technical players may have difficulties with aiming their shot towards the goal when kicking the ball airborne, without receiving it first.

You can create a prime volley opportunity all by yourself. Simply raise the ball (by default, press the left stick of the PS or Xbox controller), ideally after stopping the player, so that the ball does not move too far away from him.