On this page of the tutorial, you will learn what types of crosses can be performed in FIFA 22 and the best ways of doing them.

Crosses are usually intended to play the ball from the side of the field right into the penalty area, creating a dangerous situation right in front of the opponent's goal. Crosses are especially effective when your team contains many tall and aggressive players who enter the penalty area during offensive plays.

In FIFA 22, the classic overhead cros sis usually the easiest and best way of moving the ball into the opponent's penalty area. When performing a cross use the right amount of force, making sure the ball doesn't fly over the attacking players. 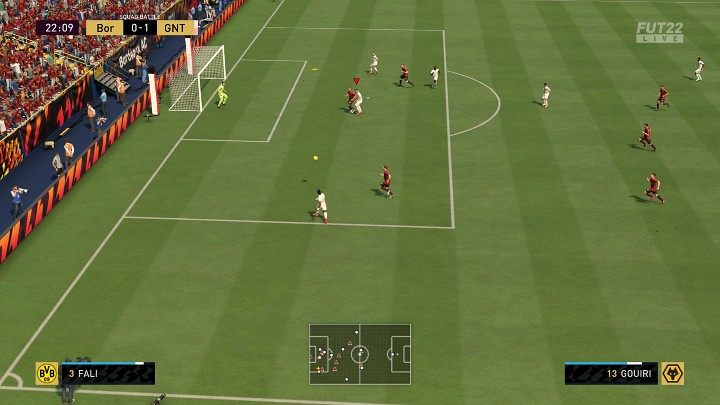 Before kicking the ball into the opposing penalty area, make sure your players broke free from the defenders and are near to the goal. Otherwise, the ball will probably be caught by the goalkeeper or kicked out by one of the defenders.

A low cross is a yet another play that allows you to kick the ball into the opposing penalty area, creating a scoring opportunity. A cross like this works best if you have well-trained strikers or offensive midfielders, who'll be able to shoot a volley or kick the ball with a diving header. 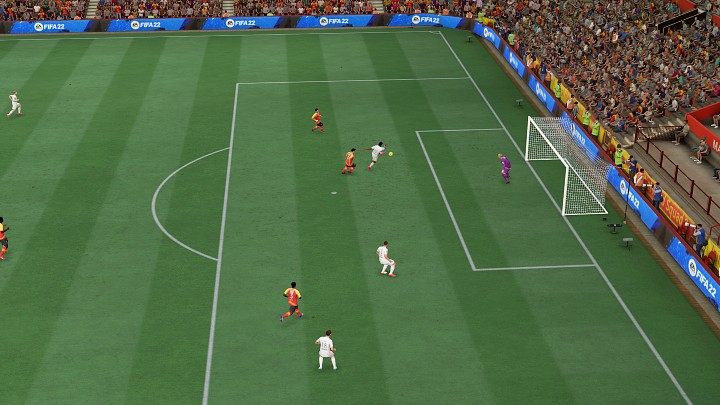 A low cross is performed right above the field, so it's usually ineffective when the enemy's penalty area contains many defenders. Before you pass the ball at torso height, make sure that one of your offensive players broke free from the defenders and is able to take a shot at the goal.

A ground cross is a good play when performing a counterattack - a quick, dynamic pass which can give you a chance to score. A ground cross usually ends with a shot aimed at the goal without receiving the ball.

A strong ground pass could cause a commotion in the opposing penalty area, especially if there are many defenders in it. The ball could accidentally bounce off one of the opposing players, landing right in front of your striker or in the goal.