On this page of the guide you'll learn the types of passes available in FIFA 22and how to pass the ball between players.

You can't imagine a football match without constant passes, which also applies to FIFA 22's virtual playing fields. Efficient and skillful passing of the ball between players is exactly what allows them to get through the enemy's defense and put pressure on their goal.

Passing at a pace

In FIFA 22, all passes should be performed at pace, so they don't interfere with player movement and the flow of the game. If your pass is inaccurate and the ball flies past your attacker's back, you'll need to retreat to get it back, giving your opponent time to organise their defense. 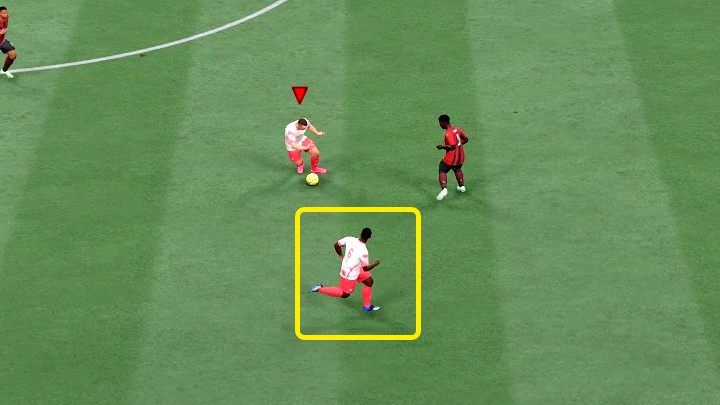 Short ground passes are the most common method of moving the ball away from your goal, and their precise execution is necessary to succeed in FIFA 22. Always aim your short ground passes towards players standing nearby, that way you won't give your opponent a chance of intercepting the ball.

Watch out for how much force you use during the pass (if you kick the ball too hard, the other player might find it problematic to receive it), be precise and try to face the player your pass is intended for.

These types of passes in FIFA 22 are usually used to shift the weight of the game to the other half of the playing field or as a starting pass for a fast wing player (winger, side midfielder, quick side defender) or a striker. 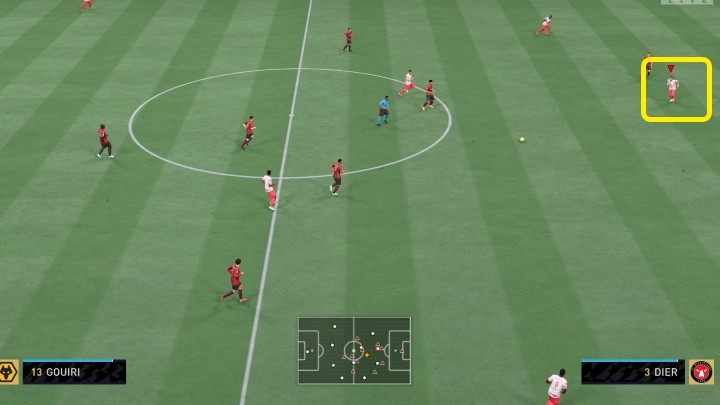 Analyzing the situation shown on the picture above, you can see that the midfield is completely exposed. In this situation it's a good idea to make a long ground pass and start off a player in the middle of the field.

Before you make a long pass check the situation on the field and estimate the chances of the ball reaching the player it's supposed to reach - the longer the distance from that player, the higher the chance of an opponent intercepting the ball. 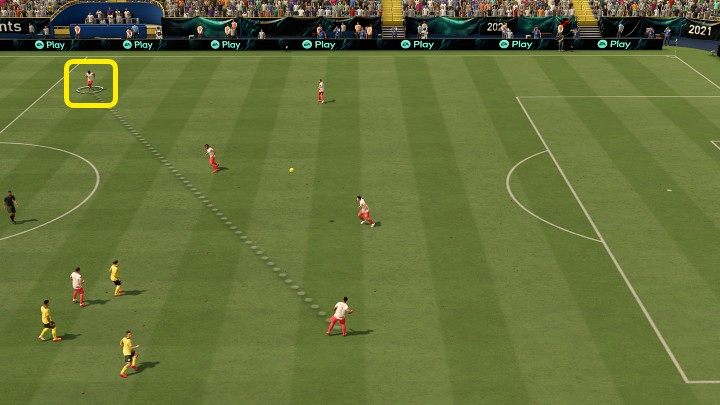 Performing a lob pass is a classic play intended to shift the weight of the game onto the other side of the field. The lob pass is very useful for standard offensive plays or counterattacks. This play allows you to quickly move the ball into an area with smaller enemy density, giving you an easier path towards the goal.

One touch play in FIFA 22 involves quick, short passes between players that are close to each other, starting from their first contact with the ball. This kind of play can work very well in a small area. 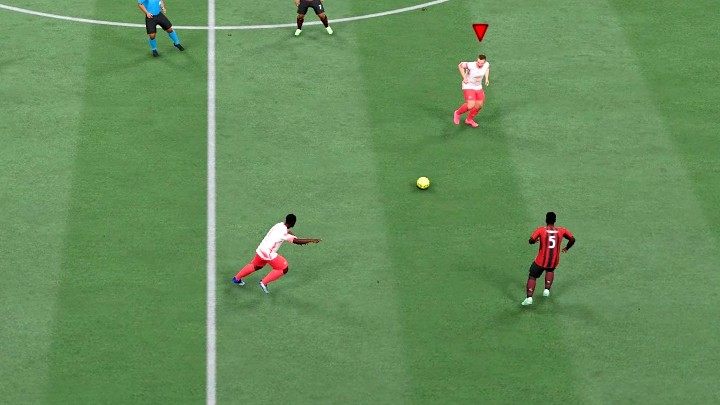 It's worth noting that after performing a one touch pass, the initiating player will always run forward a bit, signalling it by quickly moving their hand in a specific direction.

One touch football requires high precision rather than strength, to make sure the ball doesn't bounce off the player's leg.

A through ground pass aimed towards a player who got behind the opposing defenders is probably the best way of surprising the rival's defense and can create an excellent opportunity to score. Through ground passes are very effective in FIFA 22, and so they should be used as often as possible. 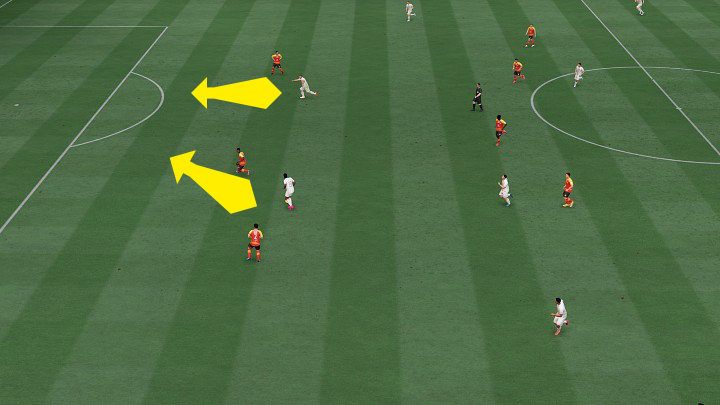 When making this kind of play you need to be careful not to kick the ball too hard, as the player you're addressing the pass to may be unable to reach it in time. 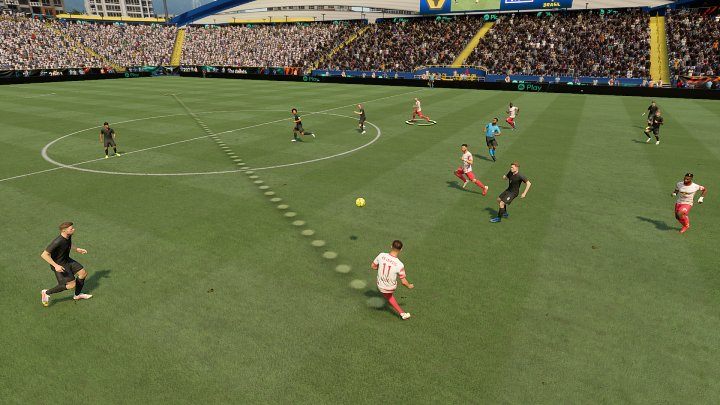 A lob through pass allows you to play the ball while skipping one, or often even two defensive formations of your opponent, creating a dangerous scoring opportunity. During this pass you must make sure not to kick the ball too hard, otherwise the strikers running past rival defenders may not reach the ball in time. 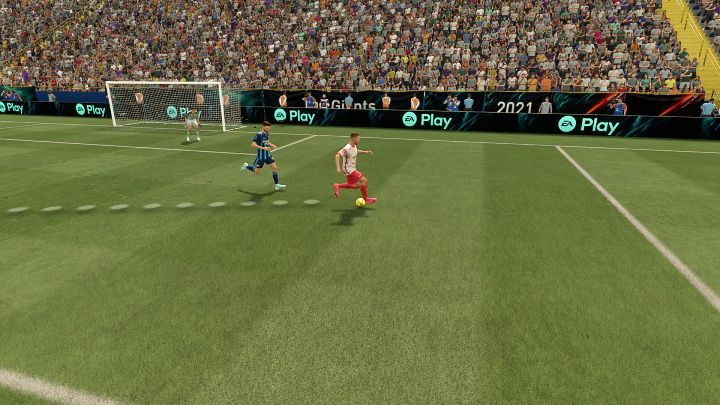 A heel pass is a technical play that could surprise your opponent. It's useful for withdrawing the ball or setting up a shot for a player behind the one currently possessing it.

To make a heel pass, press the pace control button and the pass button, then select the direction of the pass. Remember the player must always have their back turned towards the pass' direction.