In this chapter of the FIFA 21 guide, you will learn when you can collect the Division Rivals rewards.

FIFA 21 has made slight changes to the Division Rivals, a weekly league. Players now have only 30 matches to play in a given week, making the rewards harder to obtain. FIFA 21 Division Rivals rewards can be received every Thursday at 4 a.m. ET. 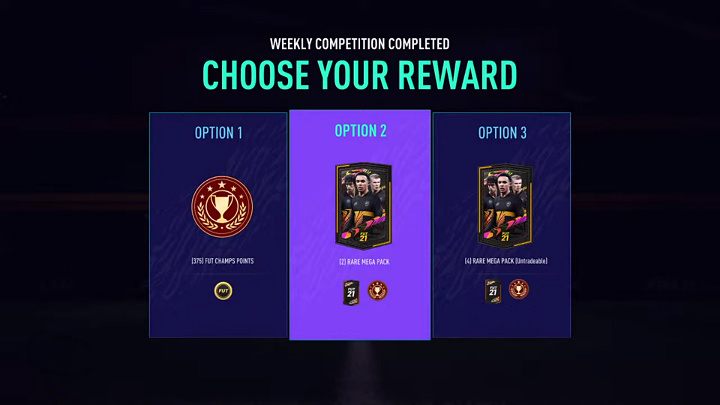 You can choose from three options when picking up Divison Rivals rewards in FIFA 21:

{ramklazielona}When receiving their Divison Rivals rewards, every player will have to decide what is important for them. Coins are a good choice when you want to buy a particular player. Cards found in the tradeable packs can be traded on the FUT 21 transfer market, but their number is only half of the untradeable ones.{/ramklazielona}