In this chapter of our FIFA 21 guide, you will find out which players were included in the Team of the Week 2 (TOTW 2), as well as who is the best footballer of that ranking.

In the second week, EA Sport awarded football players who have distinguished themselves with excellent play during the last matches around the world. Robert Lewandowski, the striker for German club FC Bayern München, was included in the latest lineup for the first time this season. First, Lewandowski received the UEFA Best Footballer Award for 2019/2020 and then scored 4 goals in the league match against Hertha Berlin, giving his team a valuable 4:3 victory. 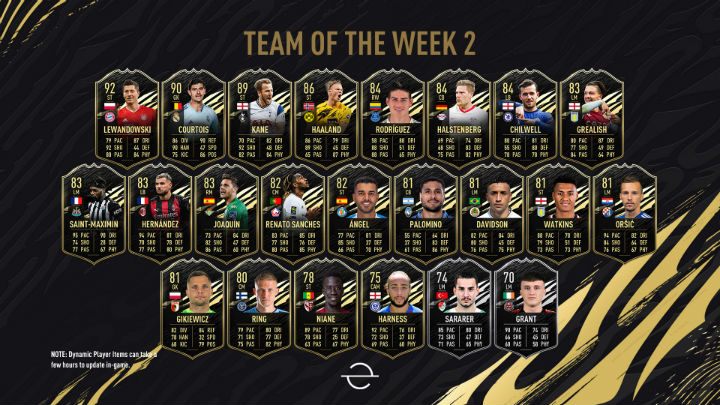 This season's second team of the week (TOTW 2) features many famous names such as Erling Haaland or Thibaut Courtois. Besides them, players can also get Harry Kane, Allan Saint-Maximin and Renato Sanches. Below you can find the full list of football players available in the 2nd edition of Team of the Week in FIFA 21. 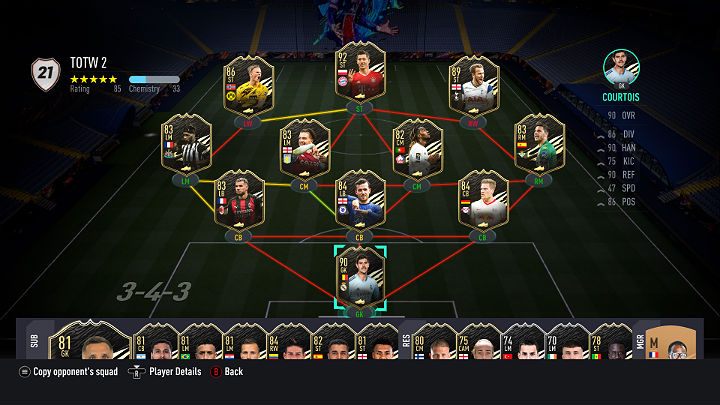 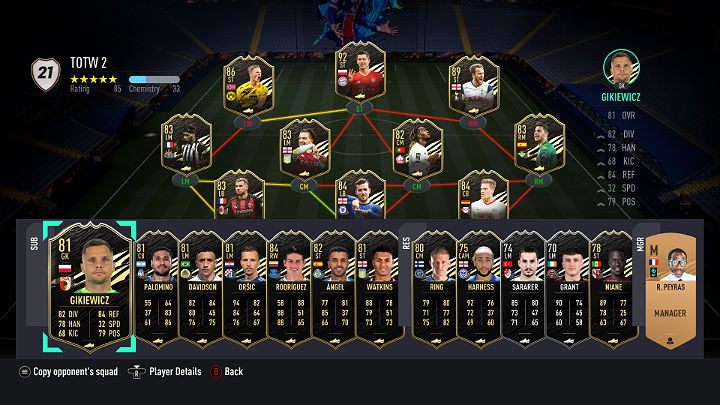 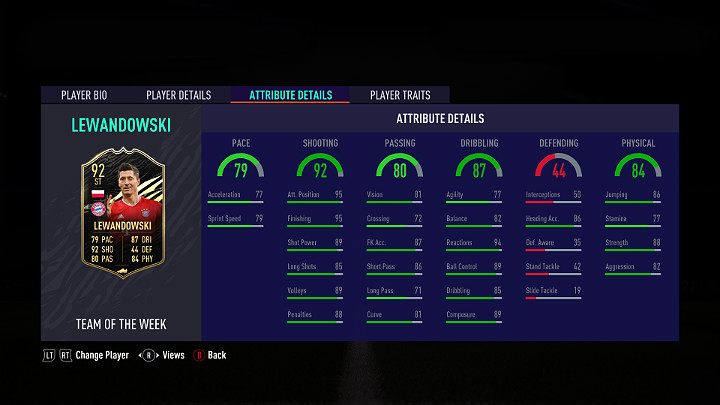 The best player in the second edition of the Team of the Week in FIFA 21 is Robert Lewandowski  a Polish footballer who plays as a striker for the German Bayern München. Compared to the Gold card, the overall score rating of this player has been increased by 1 point  he currently has 92 points. The exact price you will have to pay for Robert Lewandowski's latest In Form card is yet to be determined, but it is likely to range from 490,000 to 550,000 coins (depending on the platform).