In this section of the FIFA 21 game guide we describe all the basic defensive techniques and suggest how to defend access to a goal in the best way possible.

In FIFA 21 you can leave your defenders alone for most of the game and they will do their job well, but this is not always profitable. When the situation occurs that may result in the loss of a goal, it is a good idea to take control of the nearest player.

In FIFA 21, you can switch between players you are controlling in such a way that each time you control a player who is as close to the ball as possible. Using the button responsible for the change of player does not always bring the expected result, so in most cases it is better to use the right analog stick. Changing a player by using the right analog stick is seemingly a very simple activity but will require some practice. 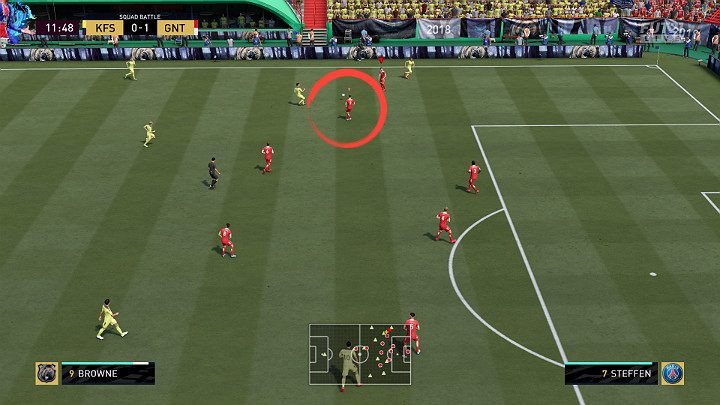 That on which player you take control of when you press the button responsible for the normal change is indicated by an orange arrow over the head of the nearest player. 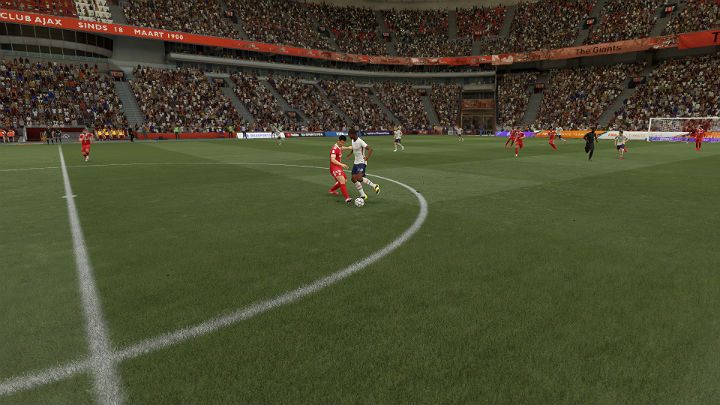 Sliding tackle is the most risky way of receiving the ball in FIFA 21, which very often ends up with a warning, a yellow card and sometimes even a red card and exclusion of a player from the match. Before you make the sliding tackle you have to make sure that you have chosen the right angle of attack on the ball. The sliding tackle must also be made at a pace to prevent the player with the ball from passing by, which can provide the opponent with an easy way to the goal. To do the sliding tackle, press the button responsible for this action. 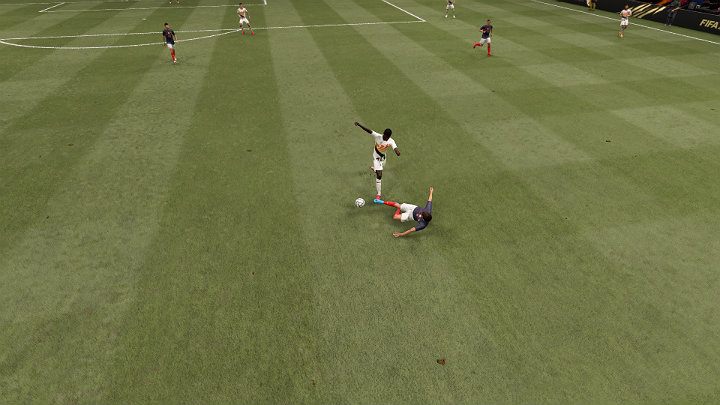 Clear the ball out of the box

If there is a terrible mess in your team's penalty area, you shouldn't risk leading out the action and the best way to do this is to kick out a ball to bring the threat away and not lose a goal. If you want to successfully kick the ball out of the penalty area, you have to press the button responsible for the shot or the cross.