In this chapter you will learn how to create offensive actions correctly during a match in FIFA 21.

During the match the ball will often change its addressee and you will not always be in possession of it. The moment you manage to take over the ball from the opposing team's players, you will have to start constructing an offensive action which should result in scoring a goal or at least taking a fine shot. The attack on the opponent's goal can be divided into several stages, which will allow you to enter the penalty area and shoot on target.

Fighting for the high ball in the middle of the field

In football, it is very important to control the middle of the field as a strategic point on the pitch and it is no different in FIFA 21. It is always worthwhile to fight for every ball that a goalie kicks out and try to pass it in the direction of one of his own players. Taking over a ball when the game is resumed gives you an immediate chance to lead a quick counter attack or start creating a positional attack. 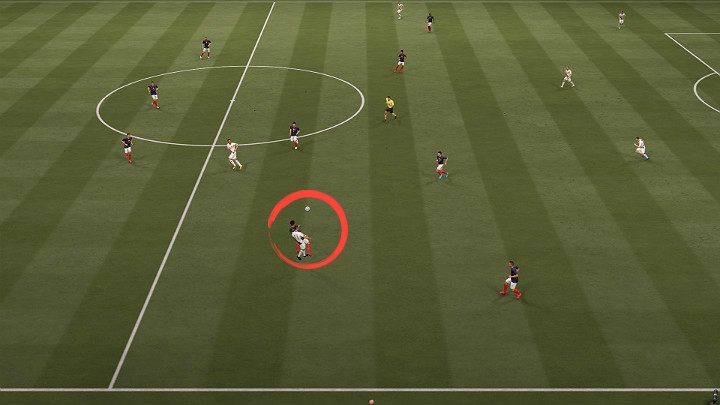 In the picture above you can see a situation where a player in a blue jersey has blocked his opponent and has won a better position to pass the ball towards one of the two midfielders. This action may open the way to the opponent's goal.

Preparation of a positional attack

Preparation of an effective positional attack in FIFA 21 requires a lot of patience and accuracy and making a lot of short passes in a small space. When constructing the action, use all the available methods, combine the one-touch play with the through passes, involve wingers or side midfielders in the action, etc. This kind of play creates an incredible pace and does not allow the opponent to organize a good defense. 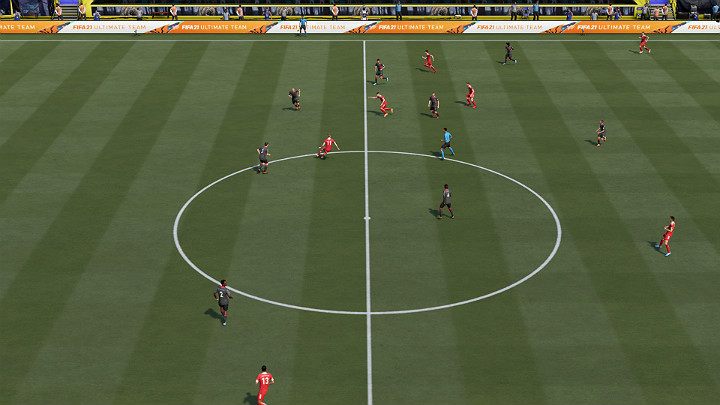 One-touch football is a very effective way to break the opponent's defense by making quick and short passes in a small space. One-touch football forces your opponent to involve more players in picking up ball so that your player gets a chance to break out and receive a through pass. 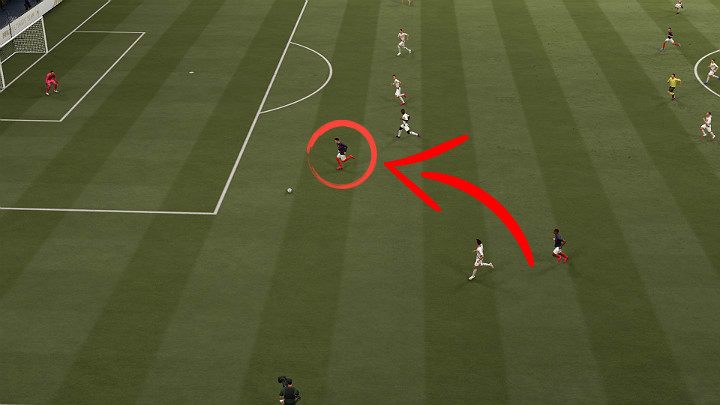 In the picture above you can see a situation in which the winger and the striker have broken the opponent's defence with a few quick passes, leaving a huge gap between the central defenders and the full-backs. This created a good situation to pass the ball into the free space for the striker running behind the defenders' backs.

At the moment of starting the counter attack in FIFA 21, many different factors must be taken into account: precision and speed of the action, mistakes in the opponent's attempt to take over the ball, failed or too short pass, technical failure. Each, even the smallest mistake of the opponent is worthwhile using to our own advantage. The majority of the counter attacks are carried out using the wings, where usually fast and agile players are able to take over the long passed ball. This way of playing the ball often results in a cross to the penalty area and the creation of a dangerous situation or direct entry of the player into the penalty area. 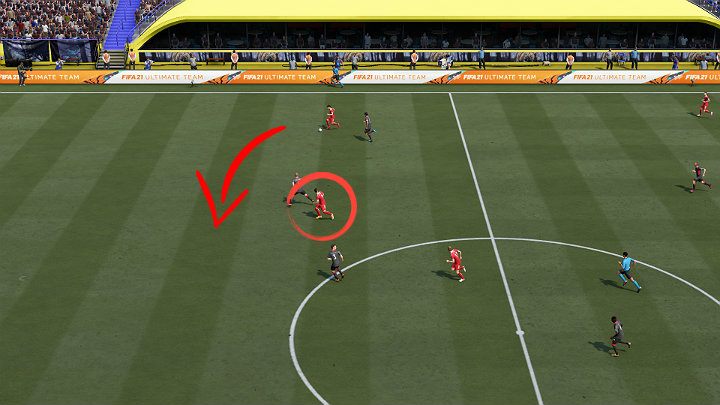 The second way to lead an effective counter attack in FIFA 21 is to play the ball in the middle of the field by making one long through pass (either high or grounded) to the running player who will have the opportunity to finish the action with a shot on goal.

In the picture above you can see a situation in which a striker passes the ball shortly to a side midfielder and prepares to run behind the defenders' backs. In such a situation, one quick pass will open the chance for the team to score a goal.