In this chapter of the FIFA 21 game guide we describe all types of free kicks and suggest the best way to take them.

Free kicks in FIFA 21, especially those played close to the opponent's penalty area, are always a good way to score a goal with a direct shot or to create a shooting opportunity.

Throw-in is a classic restart from the side of the field. When making a throw-in, try to aim for a player who is not covered by an opposing footballer. Remember that by holding the pass button longer, the player will throw the ball much further away, even to the middle of the pitch. 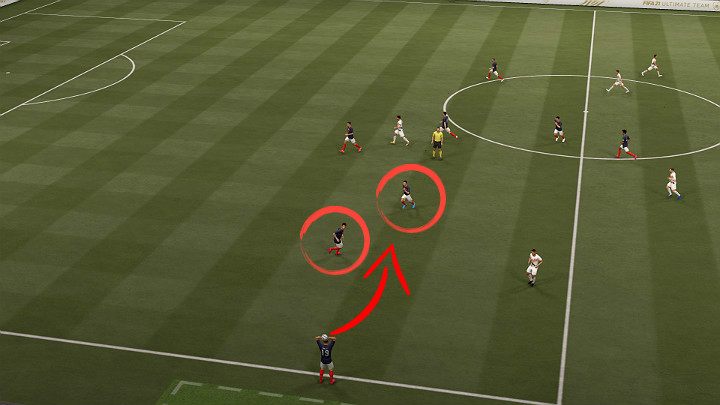 The picture above shows a situation in which a player making a throw-in has two teammates at his disposal who are not covered at all so they become the best choice to play the ball.

When the player taking the corner kick goes up to the ball, a cursor will appear in the opponent's penalty area to determine where the ball will be played. When you place the cursor in the right position, press the button responsible for the cross and adjust the power. Remember that the corner kick should not be too strong because you will cross the ball over the penalty area and your players will not be able to finish the action. 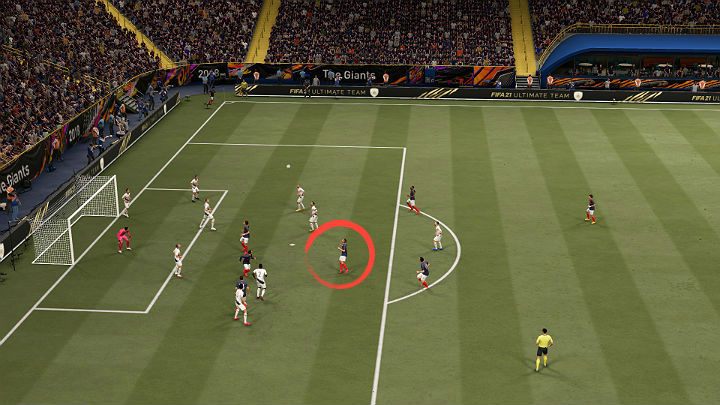 In the picture above, you can notice a typical scoring opportunity during a classic corner kick. The player who is crossing the ball tried to pass it to the best placed player who has some space to play it or to shoot.

A short corner kick is to quickly pass the ball on the ground to the nearest player and continue the action by passing the ball to the penalty area. This kind of corner kick allows you to loosen up the situation in the penalty area and find a gap that can be used to score a goal. 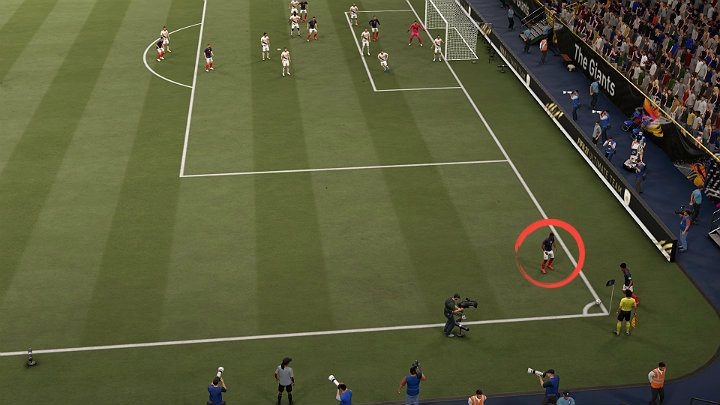 In the picture above it can be seen that the player taking the corner kick called for help from a teammate (default R1/LB). After a short play, the player will be able to pass the ball into the penalty area and try to take a shot from a sharp angle or to play the action in any other way: by ground passing , or by crossing the ball into the penalty area. 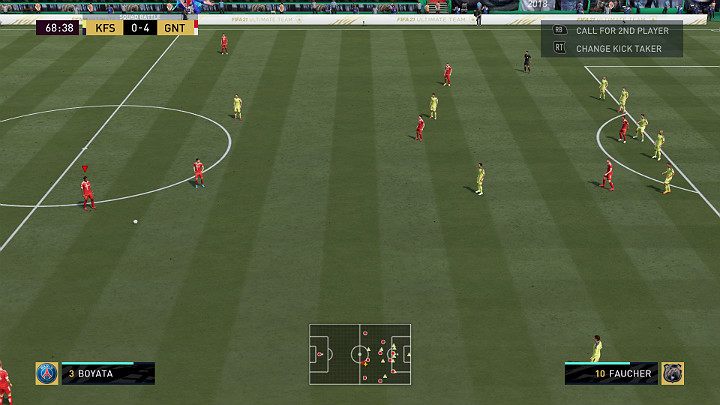 There are several ways to take a free kick in FIFA 21, depending on the situation:

Penalty kicks in FIFA 21 are a real lottery and a game of nerves, but it is worth learning their rules to slightly increase your chances of scoring a goal. To take a penalty kick, use the button responsible for the shot and select the appropriate direction to send the ball and then maintain the direction until the shot is taken. You can also use a modifier or a finesse shot modifier to take a technical shot. Remember to limit the power of the shot to about 2 stripes because otherwise there is a high probability of not hitting the goal light and wasting the chance to score a goal.