In FIFA 21, having a good start at the beginning of the season in FUT 21 is very important to get the right funds for the development of the club. By taking a few simple steps and choosing good investments, you can get the coins you need in a short time to create a solid gold squad that will allow you to climb the Division Rivals and qualify for the FUT Champions weekend league.

FIFA 21  which version of the game to choose?

There are three editions of FIFA 21: Standard, Champions and Ultimate. The Standard version of the game won't give you any extra perks, but the Champions or Ultimate can make it easier for you to start in FUT 21 (FIFA Ultimate Team) mode.

If you can spend more money, you should get either Champions or Ultimate Edition of FIFA 21. Besides getting extra packs of rare cards, you will also gain a huge advantage over the players waiting for the official release of the game  you will be one of the first to get rewards for Squad Building Challenges and Divison Rivals.

FUT Web App  How to get a head start before FIFA 21's launch?

The FUT Web App is a very useful and very powerful trading tool that will greatly accelerate the development of your FUT 21 team. Anyone who has purchased FIFA 21 and meets certain requirements will have access to the FUT Web App on 30 October 2020 and will be able to start creating a new club in FUT 21 as well as take advantage of the transfer market. Ways of gaining an advantage with this app before the official start of FIFA 21 are described on a separate page of this guide.

Starter Pack  which nationality to choose?

The choice of a starter pack is very important when starting your adventure with FUT 21 (FIFA Ultimate Team) mode. It is worth opting for nationalities such as England, France, or Germany to have a small chance of getting a good golden player. The football leagues in these countries are divided into at least 2 or 3 levels meaning you will get bronze and silver players, which you can then use to complete the first few Squad Building Challenges (SBC).

In the starting pack, you will find a lot of bronze cards, but also a few silver and gold ones  none of them can be traded, meaning they cannot be sold in the transfer market. 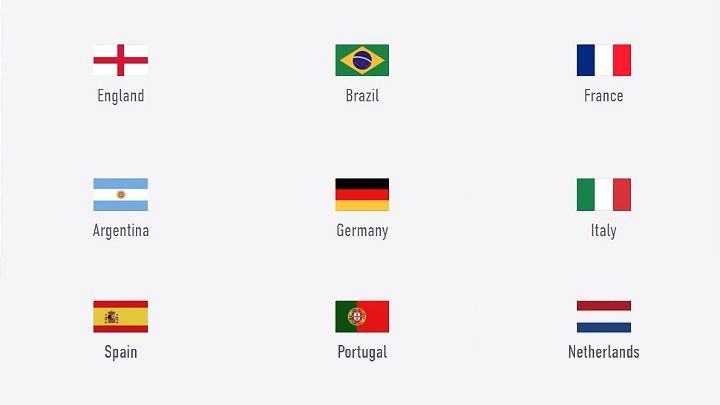 Squad Building Challenges  how to complete?

Once you have opened the starting pack and/or rewards for returning players received if you have played the previous version of FIFA, you will have enough players to begin the first Squad Building Challenges (SBC).

Check the Basic category first  you'll find some very simple tasks that you can do using the bronze players from the starter pack. Some of the tasks in this category can give you Gold Packs or even Gold Premium Packs  these ones are especially valuable. If you want, of course, you can complete all the tasks in this category. If you manage to get some exceptionally good footballers  leave them and don't put them up for sale, as their price will go up significantly a few days after FIFA 21 gets released. Cards with an overall score of 75 and below, which you won't use in your next assignment, should be sold at the transfer market to get a budget that allows you to buy the necessary players for the next SBC.

Then move on to the advanced Squad Building Challenges that will require more money. Each of these challenges is divided into smaller tasks for which you can receive incredibly valuable rewards: Mega Packs, Rare Cards Packs, Premium Packs, Rare Players, and even large amounts of coins.

Do these tasks slowly  do one category, open packs and then sell everything you can to get a budget for the next tasks, etc. After completing all the advanced tasks, you should have around 50 000 - 60 000 coins. If you're lucky and get an exceptionally good footballer, your budget can increase to even a few hundred thousand coins!

As soon as you access the FUT Web App or log into the game in the first days after FIFA 21's launch, try to solve all the puzzles yourself. If you start looking for solutions on the Internet, remember that the price of the players offered there will be inflated. Instead, look for your own solution with cheap players that few will use.

FIFA 21 EA Play early access  how to make the most of it?

By purchasing an EA Play subscription ($4.99 per month or $29.99 for a whole year), you will be able to test FIFA 21 from 1 October 2020, but only for 10 hours. It is also worth noting that those with an Xbox Game Pass have an EA Play subscription and do not have to pay extra for it. If you want the best start to FUT season 21, it's worth using this as another advantage over those waiting until the game's official launch on October 9, 2020. The EA Play subscription is also a good choice for buying a better version of FIFA 21 than the standard one thanks to a 10% discount.

All operations related to opening packs, trading in the transfer market, checking other players' cards, etc. can be done in the FUT Web App. When you start playing FIFA 21 in Early Access, you have to use these 10 hours as best you can  play as many matches as possible in the Squad Battle modes and Division Rivals to get the first rewards for these modes.

Since there will not be many people in FIFA 21 on 1 October 2020, it will be easier to win top rewards from the Squad Battles and Division Rivals modes.

Players' cards  what influences their price?

If you are a novice player and you are just starting your adventure with FUT 21 (FIFA Ultimate Team) or the FIFA series in general, you will find it hard to understand what really makes some cards more expensive than other very similar ones.

Which cards to keep?

Another important question when starting a FUT 21 season is which cards are worth keeping and which can be sold immediately? In every subsequent season, meta FUT cards which means very good players tend to significantly increase their value after the official launch of the game. Therefore, it's worth keeping them for a bit if you're playing FIFA 21 in the early access.