The guide to FIFA 20 contains:

FIFA 20 in a nutshell

FIFA 20 is the next installment of a football simulator series developed by EA Sports. The title follows the path created by the previous games of the series, offering fun for both single-player and multiplayer fans. According to the tradition of the series, the game features authentic players and teams. Besides the large stadiums, the players can now also play in VOLTA mode. 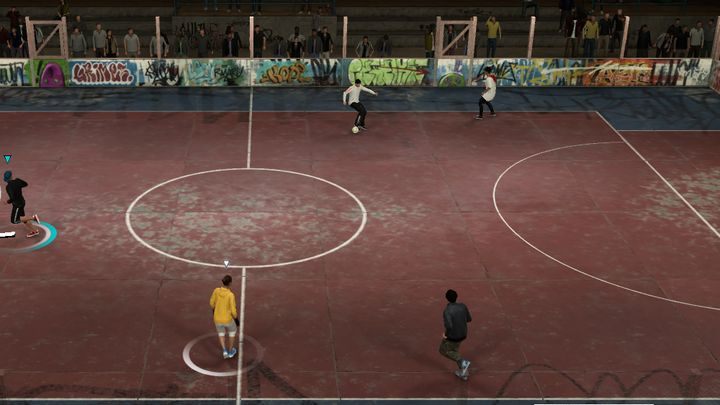 On what platforms is FIFA 20 on?

FIFA 20 will be released on PC, Xbox One and PlayStation 4.

Will FIFA 20 have a story mode?

Yes. The plot focuses on the VOLTA mode where you play as your custom character.

You can't score goals without effective offensive action. Attacking in FIFA 20 is a bit different from how offensive actions were carried out in the previous parts of the game. Key tips for beginners will help you understand how to use a positional attack, perform a counter and play one-touch football. The advice provided in this chapter also cover issues such as a one-to-one situation with the goalkeeper, shots from different positions and centering.

Defense in FIFA 20 is a very important issue. It is an effective defensive game that prevents the opponent's team from scoring a goal. Our guide will show you the elements of the game you need to remember. You will find both basic defensive techniques, such as changing a player and taking over the ball, but also more risky ones, such as tackle or kicking the ball out of the penalty area. Playing as a goalkeeper is equally important, so we did not forget about this issue as well.

FIFA 20 has been released on all current generation platforms. For this reason, we have prepared a controls chapter for those who prefer to play on PS4 or Xbox One, and also a detailed key bindings list for those who prefer to play with keyboard and mouse. In these chapters you will find a description of all buttons and key bindings for specific platforms: PC, PS4, Xbox One.

FIFA 20 introduces several new gameplay modes and some improvements to the game types that you may already know and are well-known to the community. Here you will learn more about the kick off mode, the Champions League, the manager's and player's career and the completely new Voola Football mode. Also, we have dedicated a lot of space to the extremely popular FIFA 20 Ultimate Team, that is FUT. It is in this chapter we also discuss all problems related to the formation and settings of your team. Additionally, we provide a detailed description of the game's system requirements.

Team of the Week

We provide answers to all basic questions about FIFA 20 - whether FIFA 20 can be played on the street, whether it has a story mode (campaign) or what is a cross platform. This is a small compendium of knowledge about in-game content and novelties in the game.

Does FIFA 20 have a World Cup mode?

No, FIFA 20 has no World Cup mode. World Championship Mode was available in FIFA 18. However, this does not mean that EA Sports will never introduce such a mode with in a later update.

Does FIFA 20 have a Champions League mode?

Yes, the Champions League is available in FIFA 20. The mode is divided into two phases, group games (32 teams in 8 groups) and playoffs (the cup system). The latest version has a license for European cups, so you will find real teams and real players in the Champions League!

Does FIFA 20 have a Street Mode?

Yes, in FIFA 20 you can finally play matches on street football pitches, and all this thanks to a completely new mode - Voolta Football. For more information about Voolta Football mode, check out the FIFA 20 game modes chapter of our guide.

Does FIFA 20 have a career mode?

Yes, the career mode of both manager and player is available in FIFA 20. As in the previous version, player will have the opportunity to play a role of his/her choice.

Unfortunately, the latest version of FIFA is not available on previous generation consoles, so you can't play it on PS3 or Xbox 360.

Is there a cross-platform support in FIFA 20?

Unfortunately not. Each platform has a separate community and a separate transfer market so the prices of players may vary depending on the platform you play on.

Does FIFA 20 have a web and mobile application (FUT Web App, FUT Companion)?

Yes. If you can't stay in front of the console or computer, there's nothing to stop you from managing your teams and club or browsing the store and the transfer market from your mobile phone. The FUT Companion app perfectly complements the mechanics of a full-fledged game and allows you to manage the most important elements in FUT mode. The application is available both for iOS and Android mobile devices. Note! There is no app on the Windows Phone.

What does the FIFA 20 Champions Edition contain?

The Champion's Edition of the latest part of FIFA includes:

What does the FIFA 20 Ultimate Edition contain?

The Ultimate Edition of the latest FIFA includes: