This FIFA 19 Game Guide contains everything you need for smooth gameplay. The first chapter of the FIFA 19 Game Guide provides a detailed overview of the gameplay basics, such as movement on the football pitch, passing, shooting, leading the action, and playing effectively in the defense. The second chapter of the FIFA 19 guide is devoted to the game modes. Player may find a lot of information here, as well as tips to make gameplay easier. The last chapter presents several team formations with tips and tricks that may come handy in setting up the team. Also, our game guide describes the game's system requirements that will help all players in adjusting their graphical settings on the PC version. Additionally, we've provided full controls and moves list for every platform.

In our FIFA 19 Game Guide we have devoted a lot of space to the description of tips and tricks for beginners - i.e. learning the techniques of attack, defense and playing the ball in order to keep the greatest possible control over the game. So if you constantly lose the ball, your opponent takes the initiative and you lose matches or lose senseless goals, this section of our solution will be the most important for you.

It is impossible to score goals without an efficient attack. FIFA 19 introduces some important changes in this mechanics, so it's worth following the guide. Key tips for beginners will help you understand how the positional and counter attack works in the latest version, but also you may get some basic info about first touch play. You can focus on dynamically countering your opponent's attacks or play the ball more slowly but more precisely using the positional game. If you see that your attack will be blocked, it's worth fighting for a corner kick or at least a throw-in. The tips also describe issues such as 1 vs 1 with the goalkeeper, high angle shots and crosses.

Defense in FIFA 19 is not about having a pro player in your team. Our guide will show you those elements of the game, which you must remember as the most important. In our solution, you will find basic defensive techniques such as changing players or taking over the ball, but also the more risky ones such as sliding tackle and knocking the ball out of the penalty area. Of course we didn't forget about goalkeeper and penalty shootout defense.

FIFA 19 returns and is released on all available platforms. That's why we've prepared a chapter for those who prefer to score goals on a PS4 or XBOX game pad, but also for those who love to play matches on the keyboard and mouse in an old school way. In these chapters you will find controls description for specific platforms: PC, PS4, XBOX ONE, PS3, XBOX 360 and Nintendo Switch.

FIFA 19 reintroduces some new game modes and improvements to the old game types. Here you will learn more about the Arena, Kick off, Champions League, the Journal: Champions, career of football manager and player careers. Also, you will get info about FIFA 19 Ultimate Team or FUT. Additionally, we've provided the formation and settings guidelines of your team and described the system requirements.

We answer basic questions about FIFA 19 - is there any mode of FIFA Street, is there any story mode or what cross platforms features are available. It is a small compendium of knowledge about content and changes.

Does FIFA 19 have a World Cup mode?

The game modes of subsequent FIFA installments usually correspond to what is currently happening in the world. The World Cup in Russia has already ended, so the World Cup is NOT present in FIFA 19. The World Cup mode was available in its previous version, FIFA 18. This does not mean, however, that EA Sports will never introduce such a mode in a patch.

Does FIFA 19 have a Champions League mode?

Yes, the Champions League is present in FIFA 19. The game mode is divided into two phases, group games (32 teams in 8 groups) and play offs (i.e. cup system). The latest version is also licensed for European cups, so you will find real teams and real players in the Champions League!

Does FIFA 19 have FIFA Street mode?

No, although it is worth mentioning that in FIFA 19 we will also take part in matches on the street, due to the beginning of the "The Journey" story mode, in which Alex Hunter in the early 70's plays on destroyed football fields in urban environment.

Does FIFA 19 have a story mode?

Of course - in the latest version we get a new edition of the story mode. The third season of "The Journey" presents Alex Hunter, a legendary 70's footballer, who took his first, quite brutal steps on street fields.

Who is Alex Hunter in FIFA 19?

Alex Hunter is a fictional character invented by EA Sports for the single player mode, the story mode "The Journey: Champions". Except Alex Hunter, in this mode you will play as Danny Williams and Kim Hunter, who also want to get to the top of football world. It is worth mentioning that Alex Hunter appeared in FIFA 17 for the first time in the series.

Yes, the career mode of both - the manager and the player, is available and differs slightly from the predecessor due to a few novelties, such as extensive press conferences, animation of the award ceremony, etc.

Of course, FIFA 19 on PS3 had its premiere on September 28th all over the world. The game does not differ in content except for the improved graphics in the case of PS4.

Is there a cross platform support in FIFA 2019?

PS4 owners cannot play with XBOX One players. Previous cross-platform gossip has not been confirmed, but everything can still change.

Of course, if you can't sit at the console or computer, there's nothing to stop you from managing your teams, club, browsing the store and checking transfer market from your mobile phone. The FUT Companion app perfectly complements the mechanics of a full game and allows you to manage the most important elements in FUT mode. The app is available both for iOS and Android platform.

What is included in the FIFA 19 Championship Edition?

What is included in the FIFA 19 Ultimate Edition? 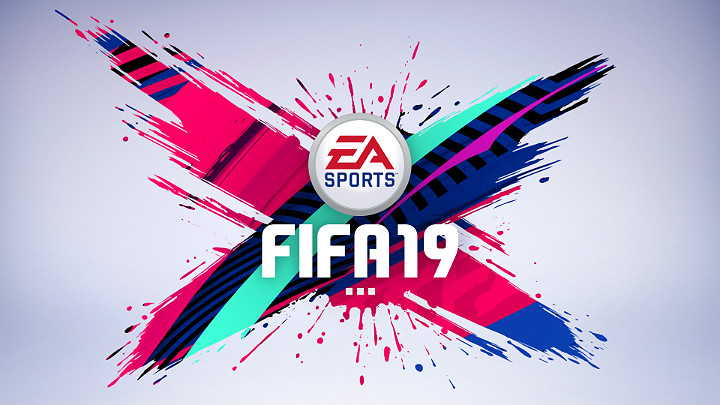 Assassin's Creed Odyssey, Forza Horizon, FIFA 19, new Tomb Raider. These recent hits are very different from one another, but there is a certain common denominator – all these games could be played a few days before the release... if you paid extra.