Enter a slightly bigger room. Ignore Stokes for the time being and head on to the main terminal located in the center of the room. Find a new document [#354] titled Containing Alma. You may now rejoin with your colleague. Use a new control panel to transport you both to a new area of the facility. 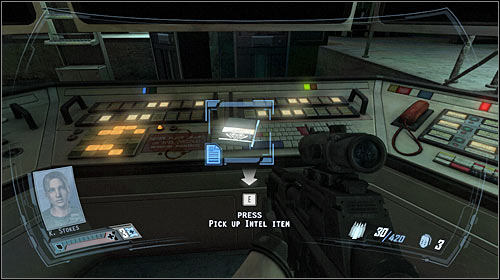 Explore the central area of this room and you'll gain possession of a new document titled Situation update. You may now proceed to the next section [#355]. There's one more document for you to find - Power flow. Head on forward and take part in a new decontamination procedure. Wait patiently for it to end. 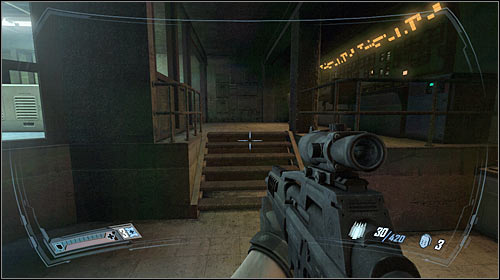 You may finally go through a long corridor. At the end of it you'll find a document titled Music box. Go to the final decontamination chamber and allow the system to start the procedure. Exit the room and collect the last document [#356] - Emergency shutdown. Proceed to a much larger room. 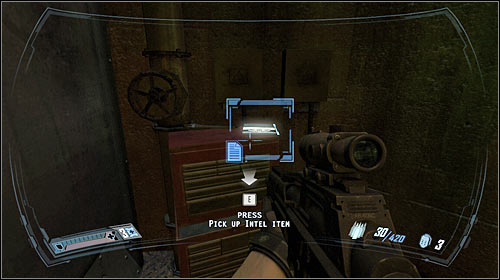 Listen to what Stokes has to say and go to your left. There's a large control panel here [#357] and you must allow the main character to pull all three levers. You may now start moving towards the chair. Press the action key to strap yourself to the chair. You'll now witness a very interesting cut-scene involving Stokes and Genevieve. 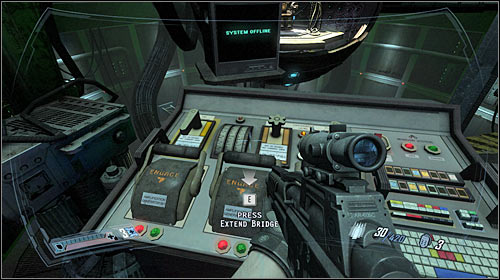 When you regain control over Becket you'll notice that you're in a very strange area. You won't have to worry about being attacked here. Instead proceed directly to a similar control panel to the one you've used before [#358]. Memorize how this device looks, because you'll have to perform similar actions in just a moment. Watch a new cut-scene with mutated Keegan. 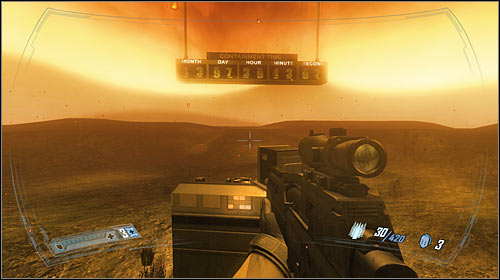 The second phase of this battle is going to be more difficult, because you're going to be an object of many attacks made by Keegan's clones. Don't even think about fighting the ghosts, because they would be replaced by new ones almost instantly. Instead keep using slow-motion as often as possible (collecting a lot of Reflex Injectors really helps here) and focus on getting to the control panel [#359]. Use the device and you'll advance to the next phase. 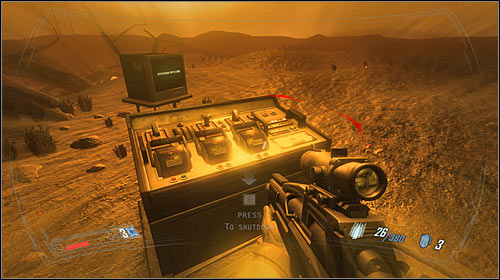 The third phase is going to be very similar to the second one, however this time you'll be dealing with more targets. Start off by going left and then keep moving straight. Pull the levers before you're killed. The final fourth phase is by far the most difficult one. Look at my screen [#360] if you're having difficulties finding the control panel. You'll have to go around a large oval structure to get to it. 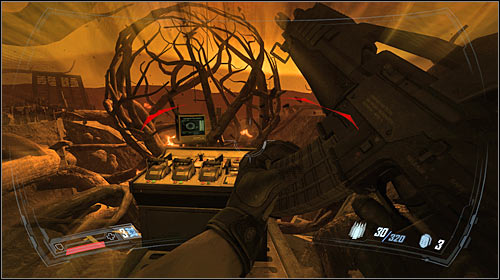 There's only one more thing you have to do before you can end the game and that is to defeat Keegan in close combat. This is a very similar mini-game to the duel with colonel Vanek. Keep pressing the right mouse button and at the end press the left mouse button instead [#361]. Congratulations! You've just finished the game! Sit back and enjoy the ending. 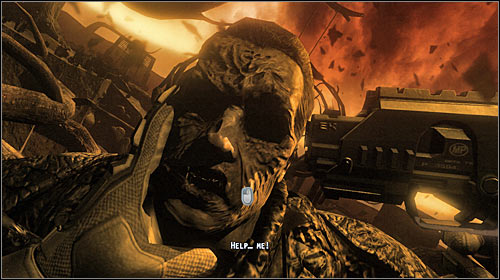