Aside from soldiers equipped with rocket launchers you'll also have to watch out for smaller robots [#308]. The tactics here remain the same, so you should begin by firing the rockets and then use the main cannons. Use termovision if you want to, however I think you shouldn't have any problems locating enemy troops on your own. 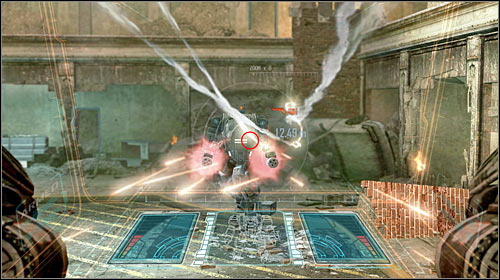 The toughest mechanical opponent will show up when you get to the opposite end of the street [#309]. Fire your rockets and start moving back quickly in order to avoid receiving a lot of damage. If your armor is about to be destroyed leave it quickly and use your standard weaponry to get rid of the robot. Otherwise recharge your armor in a safe area and go back to finish off the hostile unit. Either way, you'll have to travel on foot from now on. 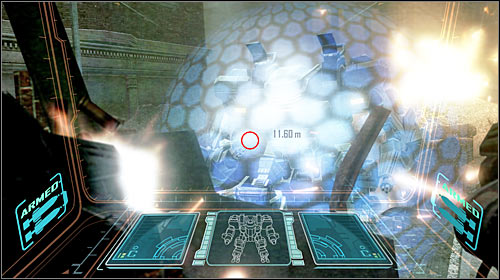 Proceed to an entrance of a destroyed building found to your right [#310]. Eventually you should be able to get to a hole in the left wall. Ignore new visions along the way, as well as ghosts, because you won't be attacked by them. You must get to a new exit. Proceed towards the epicenter of the explosion that took place in the city earlier on. 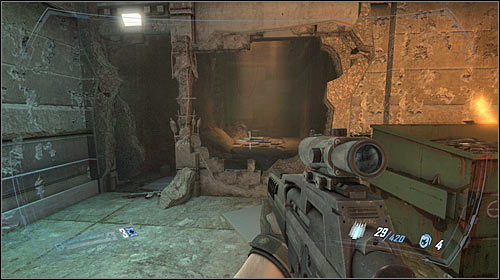 Just as before you may ignore Keegan's actions, because you won't catch up to your him no matter what you do. Proceed to a large pipe [#311] and continue moving downwards. Make sure to aim each jump carefully, so you won't lose any health by mistake. When you land inside a destroyed building look for a hole in the next room. 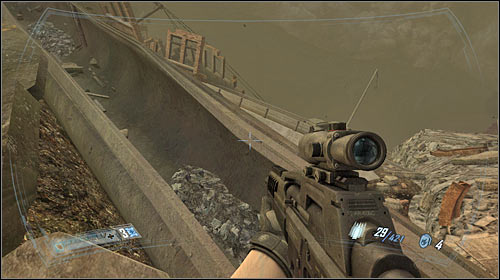 Jump over a small window and find a second hole in the ground [#312]. Travel forward and after that go to your right. You should once again see Keegan in front of you. Eventually you should be able to get to the epicenter. Ignore it and go to a hole found to your right. Wait for the game to begin loading a new level. 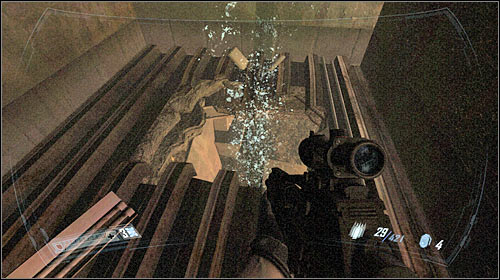 Slide down carefully in order to avoid sustaining any major injuries. You will find yourself standing inside a room with a large generator. Search the area for a new armor and proceed towards a dark passageway [#313]. When you get to a larger area proceed directly to your right. Ignore a collapsing balcony, because you'll have plenty of time to get to it and to make a new jump. 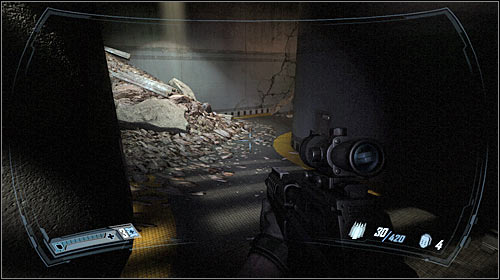 Keep heading forward. When you get to an area with new devices focus your efforts on finding a small hole in the ground [#314]. Head down there and you'll gain possession of useful items, including an armor, ammunition, grenades and mines. Proceed to the outer balcony and head on towards the debris. Head on to the ground level and proceed forward. 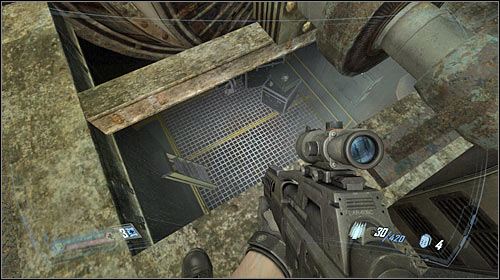