I would strongly recommend that you choose your newly acquired laser cannon from the arsenal. You should notice new enemy soldiers arriving in the distance [#294]. Kill them and don't forget to use bullet-time for more precise hits. If you deplete your cannon switch to an assault rifle and use grenades to deal with the remaining enemy forces. 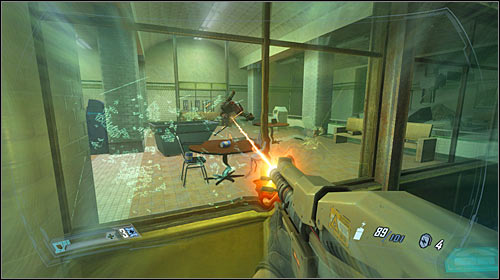 Your current task is to secure this entire area. Now you can focus on collecting additional supplies, including ammunition, a new armor (it can be found on top of the carriage) and medkits. Proceed to a small door located in the back [#295]. Explore a new stash along the way and you'll find an armor and some landmines. You must get to a new train platform. 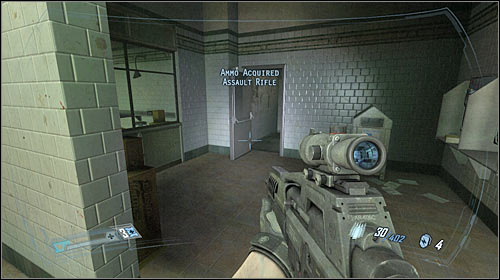 You'll take part in difficult fights here, mostly because one of enemy soldier is equipped with a laser cannon identical to yours [#296]. Use your cannon to get rid of him and don't stay in one spot for more than a few seconds, because you'd be an easy target. There are some medkits and landmines in the area. Head on to the next section. Go to your right and you'll find an armor and a few grenades. 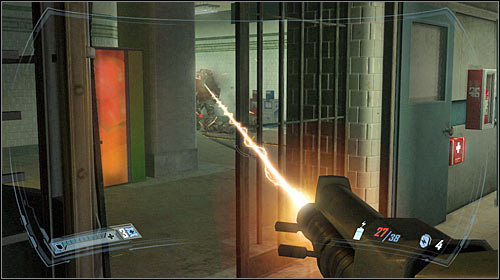 You may finally move towards a small door located to your left. Go through a short corridor and you'll end up standing close to a new train platform. Proceed towards the train tracks. Ignore nearby hostiles, because they're going to be crushed by a train [#297]. Duck to your right in order to avoid being hit. 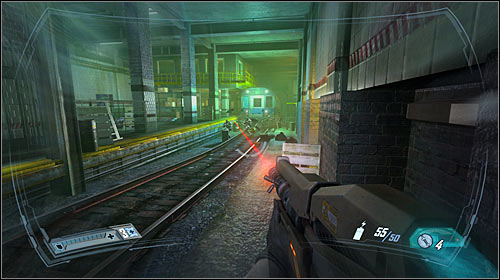 Proceed towards the survivors and begin shooting at them from a larger distance. Inspect the ground floor of the platform and you'll find valuable items (ammo and mines). You may now proceed to the stairs. Enter a small checkpoint building and watch out for new enemies. They will appear on a nearby balcony, so you probably won't notice them right away. Collect additional stuff when they're gone - landmines, armor and a document [#298] - Laser manual. 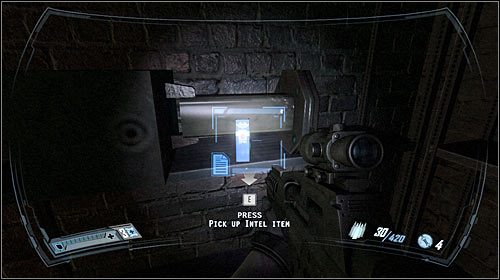 You must now go to a small balcony surrounding the room you've just explored [#299]. The game will require you to perform two jumps here. Start off by jumping on top of a train and then make a jump towards a nearby platform. Proceed to the stairs, but watch out, because one more opponent will appear in front of you. Kill him quickly and go to a new corridor. Enter the room to your left and keep heading towards the subway exit. Wait for the game to load a new map. 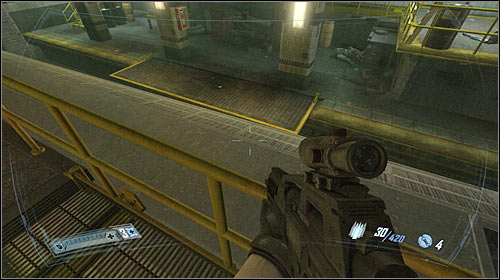 Choose a good weapon for close combat from your arsenal. I'm recommending a shotgun, especially since you'll want to get rid of this weapon in the near future. The first group of enemy units can be found near the parked truck [#300]. Kill them before they notice you heading their way. Once they're gone choose an assault rifle or Hammerhead and begin firing at more distant targets. 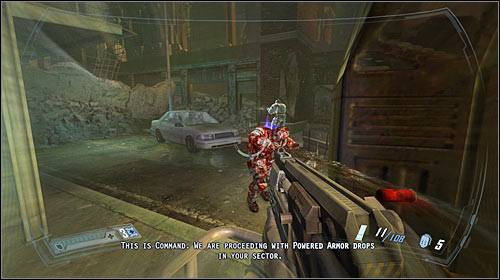