Start moving forward. New enemy soldiers will come out of adjacent labs, but killing them should be fairly easy. Watch out for a new armored opponent. He will appear in front of you, near the unlocked passageway. I'd strongly recommend that you use a pulse rifle to get rid of him [#265]. Proceed to his corpse and continue your journey. Take a medkit and an armor from a small room. 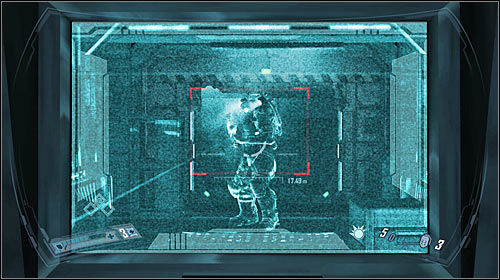 You'll have to be extremely careful from now on, because you'll be an object of constant attacks from the invisible creatures [#266]. Thankfully you'll be dealing with one monster at a time. Prevent the creatures from getting too close to your character. Use a combat shotgun and slow-motion to get rid of them without taking any unnecessary risks. Remain near the entrance for as long as possible. 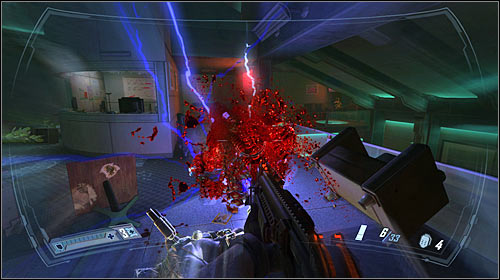 Go to a small room located on this floor and you'll gain possession of a new armor. You may now proceed towards the stairs leading to the lower floor. Watch out, because you'll most probably going to be attacked by new creatures here. Proceed to the ground floor and deal with a new group. Don't forget that you don't have to be in a lot of hurry. Get to the elevator and get ready to get rid of the final creature [#267]. 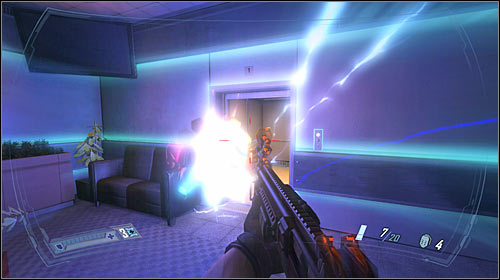 You may enter the elevator. Use the control panel to get to a new area of the map. Exit the elevator and get closer to a glass wall [#268]. You should now notice that enemy soldiers are standing on the other side and that they can't see you. Plan your attack carefully. Get rid of them and head over to the second room. 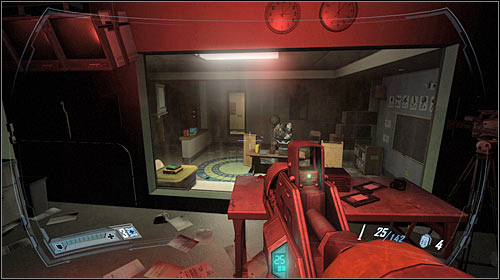 Keep pushing forward. You'll have to get rid of one more group just around the corner [#269]. I would recommend using grenades here, however you can also use an assault rifle. Notice your colleagues in the background. Join them and listen to new orders. In order to end this level you must get on board of an armored vehicle. 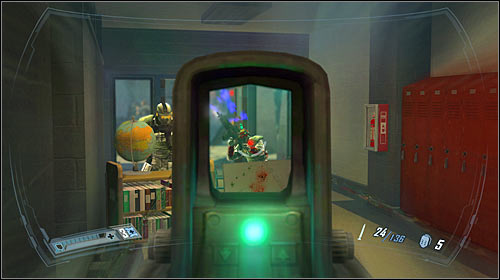 Listen to a revised plan while still inside the armored vehicle. You'll soon find out that the vehicle has been attacked by enemy forces. Get ready to mount a heavy machine gun in order to repel enemy attacks. The first large group of enemy soldiers will appear in front of you, near a large hole [#270]. 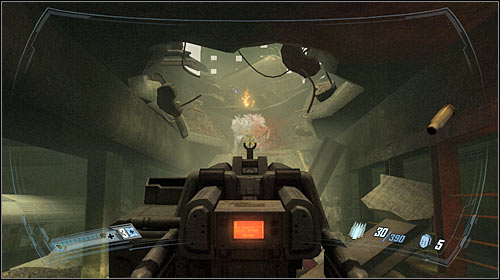 Turn the turret to your left and continue shooting at enemy troops. It's very important that you focus on eliminating armored opponents [#271], because they're the ones that can injure your character significantly. Prevent other soldiers from surprising you from the left, especially near the carriage. One of your colleagues will begin moving towards enemy troops in the meantime, but you may as well ignore him. Keep fighting until you've been able to defeat all enemy forces. You'll automatically end up outside the armored vehicle. 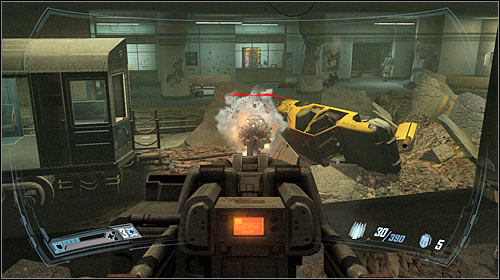 Start moving forward. There's no need to explore the surrounding area, because you wouldn't anything of interest. Instead rejoin with Stokes and notice that Keegan has begun to act strangely. Your objective will be to follow him and your first assignment is to get through a large gate [#272]. It's very simple - press the crouch key, stand up when you're on the other side and go to your right. 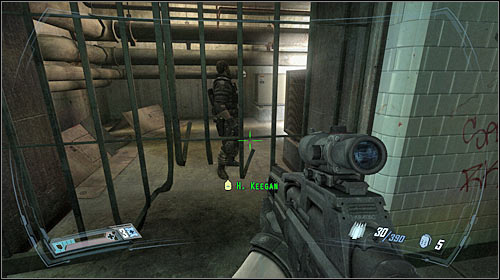