You'll now have to take part in a relatively simple mini-game. This game is divided into several parts, but if you're a good player you'll be able to defeat Vanek in less than 20 seconds. Your task will be to start pressing the right mouse button rapidly, so it's going to be very similar to confrontations with Alma. Only the final part is different, because you'll be forced to press the left mouse button a few times [#251]. Witness a gruesome execution and proceed forward. 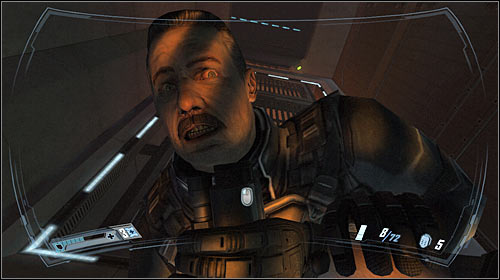 Keep going straight and ignore smaller rooms along the way. I would recommend that you choose one of the shotguns from your arsenal before moving on, because you'll be dealing with mutated beings very soon. Get to a new exit [#252] and collect medical supplies from this area. Press the crouch key and enter a large prison block. 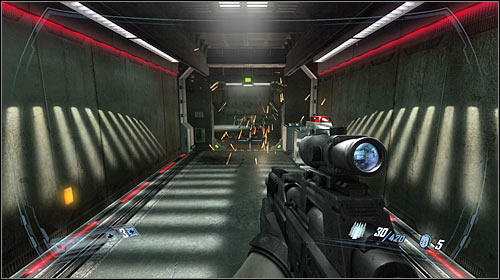 You should know that you'll be trapped inside the prison block, because the door will close the second you enter this new area. You'll also going to be attacked by the first group of monsters [#253]. Don't forget to keep using slow-motion during the fight, because all the beasts are very agile and so they can get to you in a manner of seconds. You should also remember to look around a lot, because the monsters may be using ceilings and walls to get to you. 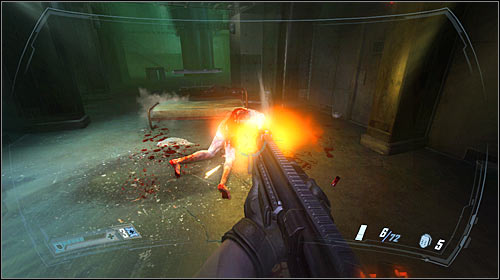 Keep pushing forward and take notice of a fact that new monsters will be coming out of nearby cells (including those on the first floor). You won't have to explore any of the cells by yourself, because you wouldn't find anything of interest inside. You can now use the closer staircase [#254] or you can proceed to the opposite end of the cell block. I would recommend that you explore this entire area and defeat all beasts, because you'd have to do it anyway. 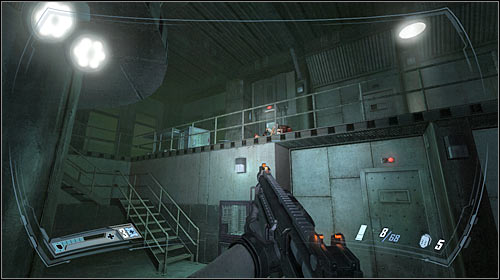 You won't notice any differences when you get to the upper balconies. Move slowly and be ready to defeat monsters whenever nearby cells open. Eventually you'll have to get to a large control room [#255], but I would recommend that you secure this entire area before proceeding to a nearby door. 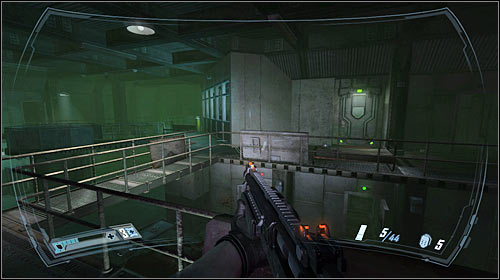 Enter the security checkpoint and notice that a new monster has appeared outside. Kill the creature now or later. Your main objective here is to find a new control panel [#256]. Approach it and press the action key. This will allow you to gain access to a new section of the facility. Don't forget to take incendiary grenades and a new document (Test results) before you leave. 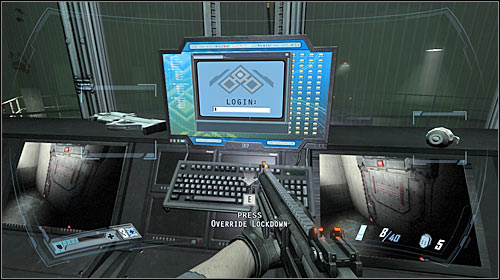 You may head back outside. Proceed to a new large door located on the ground floor [#257]. Bear in mind that new cells will open in the meantime, so you'll have to be extremely careful in order to survive these attacks. Press the crouch key and exit this area. Go to your left. I would recommend visiting one of side rooms, because you'll find a large armory. Take a new armor, as well as grenades and ammunition (only if you're still using a submachine gun). 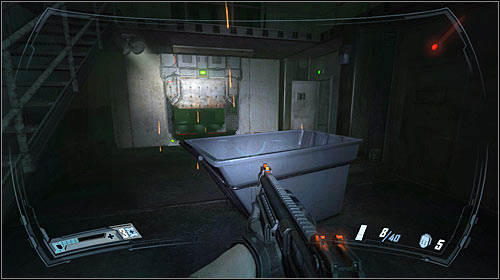