You'll witness a new vision while you're still inside the armored vehicle. Notice that you'll be accompanied by Stokes during the initial stage of this chapter. The armored vehicle will make a stop in front of the school and obviously you must proceed to the main entrance. You'll soon find out that the entrance has been barricaded. As a result you must go right. Destroy a new padlock [#181]. Proceed to a large hole and destroy the window to get to the cellar area. 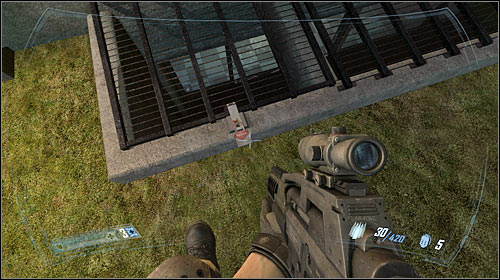 It's very important that you take your time to look around the room, because you'll find a new document here titled Conference request. Now you must approach a large shelf [#182]. Hold the action key to move it out of the way. You may finally proceed towards one of the main corridors of the school. Head forward and ignore the second room to your right, because you wouldn't find anything of interest inside. 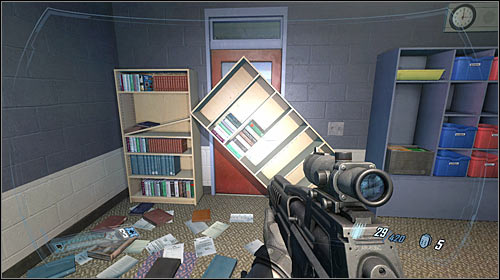 Turn left once you've reached a partially flooded section of the corridor. Eventually you should be able to get to the stairs. Go to the upper floor and turn right once you've reached a new area. Proceed to the other end of this hall. Ignore Stokes and other classrooms you'll find along the way. Don't be scared by one of the dead bodies [#183]. Scout the area for a new document - Status report. You'll also find mines, grenades and ammunition here. 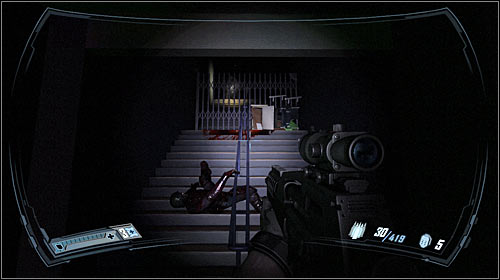 You may go back a few steps. One of the classrooms contains a document titled School attendance. Proceed to a small passageway located in one of the larger rooms [#184]. That's where Stokes went when you were still exploring the area. Be careful not to fall in the next corridor. Thankfully even if you make a mistake you'll be allowed to return here quickly and retry. 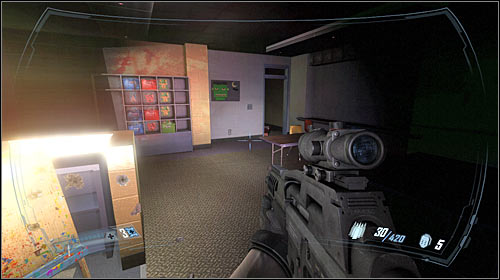 You may proceed to the next section. Be careful while passing through a partially destroyed section of the corridor. Head down. Once you've reached the ground go to a new room [#185] where you'll witness a strange vision. You can try moving towards the girl, but it won't do you any good. Wait for the main character to regain consciousness and notice that you'll have to travel alone from now on, because Stokes has mysteriously disappeared. 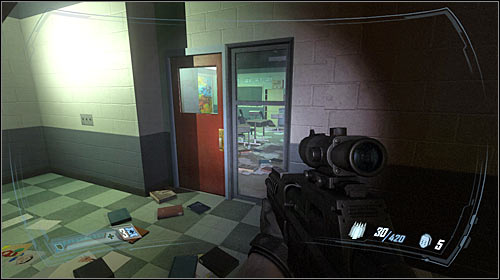 Exit the room you've started in. There are a few additional rooms and corridors you'll have to pass through, including a music room with a lot of instruments. Eventually you'll have to get to an area where one of the monsters is standing. Use the rocket launcher to get rid of the creature [#186]. Just as before, it's very important that you kill the monster before it resurrects too many nearby soldiers and sends them against you. 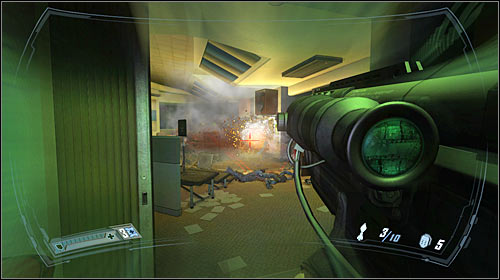 Obviously you should take your time to explore the area once you've defeated the creature. Notice that resurrected soldiers were carrying good weapons. You'll also find an armor here, as well as a medkit. When you're ready to move on proceed to a large obstacle [#187] and hold the action key to push it. Enter a small room. 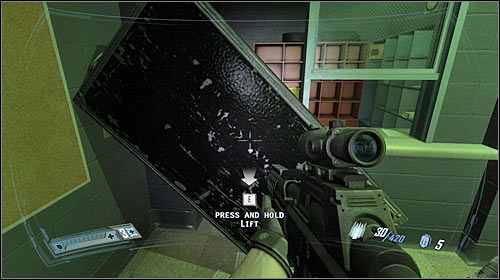