Proceed towards the alley which can be found to your right. A second soldier should be standing there and obviously he must die as well. Once he's gone focus on finding an entrance to a new building [#158]. Proceed towards a dark corridor and eventually you'll get to an area where the game will begin loading a new level. 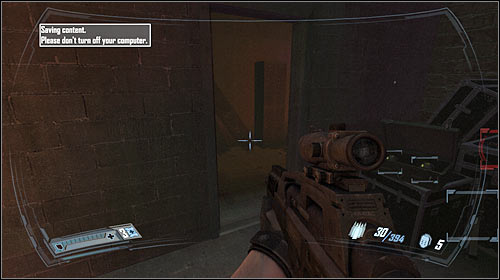 Start moving forward and listen to a radio transmission along the way. Take your time to collect grenades and ammunition for the shotgun. Enemy soldiers are waiting for you in the next room [#159]. I would recommend using a shotgun here, because you'll be fighting at a close distance. Remain behind the grating, so they won't be able to get to you, however watch out for your left flank, because one of the soldiers may arrive there. 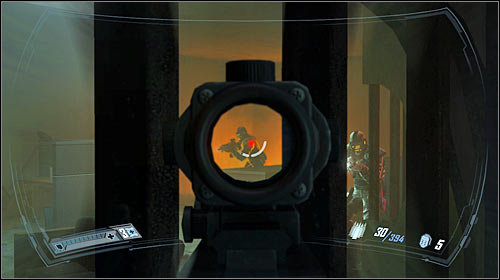 Check the entire surrounding area once you've won. You'll find a new document here [#160] titled EPA manual #1. Take it and proceed to the next section. You'll soon be allowed to exit the building. Listen to what Stokes has to say. Apparently she can't move, because she's being attacked by enemy snipers. Enter the adjacent building and go to the top. 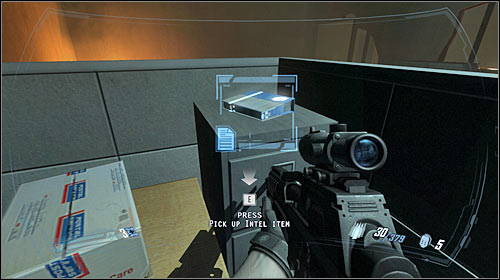 You must get to the top floor of the building. Press the crouch key, go to the stash and take a sniper rifle [#161]. I would recommend that you exchange this weapon for a submachine gun, especially since you shouldn't have any problems gathering enough ammunition for the assault rifle. Kill the first enemy sniper from here and go to the roof area. 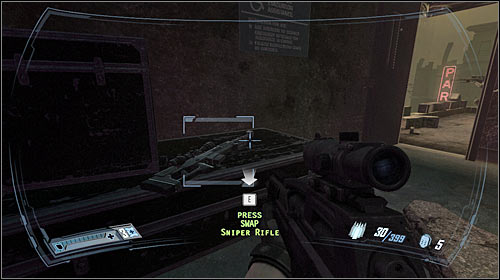 You'll now have to eliminate other enemy snipers [#162]. It shouldn't be too difficult, because each time you'll have to be on a look out for red laser beams. Make sure that you're moving constantly and don't forget to activate bullet-time each time you plan on attacking one of your enemies. This will increase your chances of success greatly. 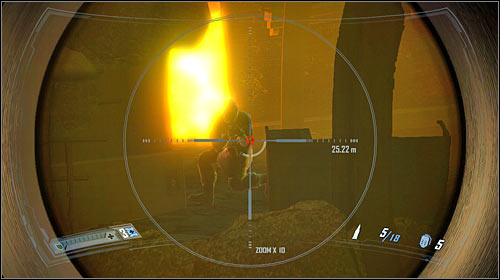 Other groups of enemy soldiers can be found in front of the exit which you've used before. I guess you should know that after a short while they'll start coming your way. Eliminating all of them before they get to you is going to be very difficult, so you'll have to be ready to kill them at a smaller distance. Enemy soldiers will be arriving to your right [#163]. Watch out for their grenades and use explosive devices of your own to get rid of them. 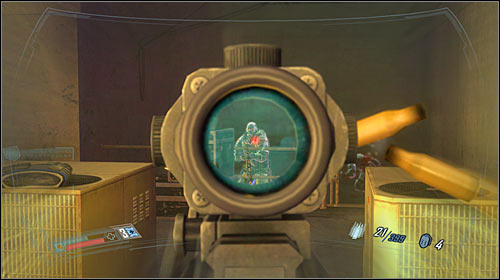 You should soon notice that an enemy armored vehicle has arrived in the area. You've got a few choices here. You can kill the gunner with your sniper rifle or you can use a rocket launcher to get rid of him quickly [#164]. Don't worry about the ammunition for the launcher, because you'll find new rockets soon enough. Keep securing the area but prevent other soldiers from surprising you in the meantime. 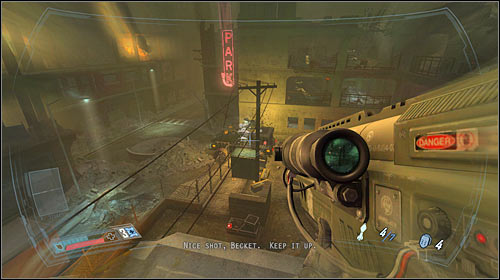