Make sure that you've defeated all monsters and pick up a new armor. Go to your right. Be careful, because you're going to be attacked by one more beast while trying to get closer to the staircase. Head on to the lower floor. You'll probably find one more armor along the way, as well as ammunition. You're going to be attacked by a new group of monsters after reaching a large hall [#119]. 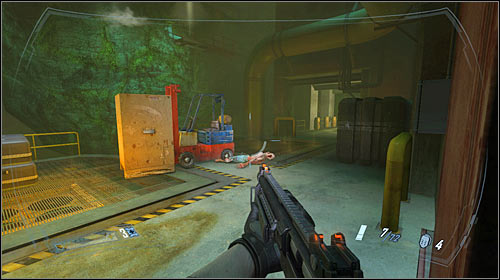 Proceed to your right and notice that there are explosive canisters in the vicinity. Wait for the monsters to show up and blow them up [#120]. This should make your progress a lot easier. Keep going straight. Collect syringes if you've lost some health and go to your right (between large pillars). Before you'll be allowed to use the ladder you must kill one more monsters. Get to the upper balcony. 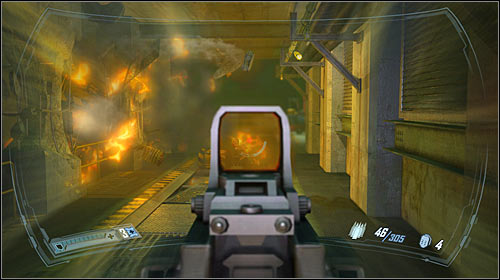 Enter a room located to your right. Proceed to the center of the room and get rid of a new group of monsters. Just as before, choose a good weapon for close range combat and use slow-motion to increase your chances of success. Take an armor after the battle, as well as a new document [#121] - Combat testing. Go to the exit. 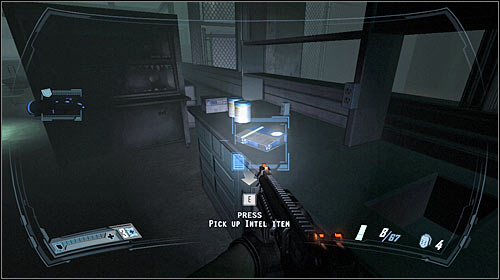 You may proceed to a nearby room. You won't find anything of interest inside, so you may go towards the elevator [#122] without making any additional stops. Call the elevator, enter it and use the control panel. Wait to be transported to a new floor. One of the monsters will appear on top of the elevator, but you may as well ignore it, because the creature is going to be torn apart by a large fan. 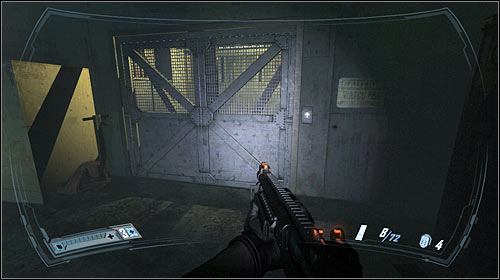 Exit the elevator and proceed forward. Make sure to check a small storage facility along the way. You'll find medical supplies, ammunition and a new armor inside. Ignore the stairs and proceed directly to your left. You'll end up standing inside a huge dome [#123]. Listen to the speech, however you should familiarize yourself with the surroundings in the meantime. Get ready for a battle! 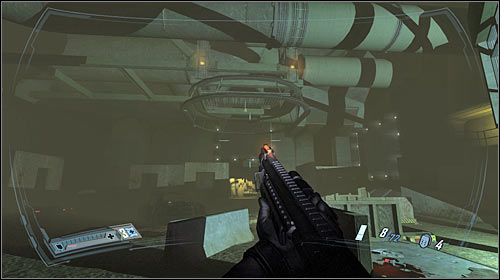 Your job will be to defeat several groups of Replica soldiers. They won't appear on the battlefield using doors or other passageways. Instead, they'll be coming out of large tubes [#124]. Thankfully you'll be dealing with a couple of them at a time, but you should still remain careful. Use slow-motion wisely, because you wouldn't want to deplete it in a crucial moment. Choose your most powerful guns for this battle, including an assault rifle. 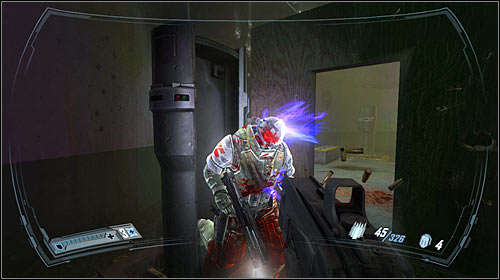 It's important that you use nearby objects for cover, but you must acknowledge the fact that you won't receive maximum protection and that you won't be allowed to stay in one place for a longer period of time. Search for supplies between the waves. A large stash of ammunition, grenades and medical supplies can be found next to a car [#125]. 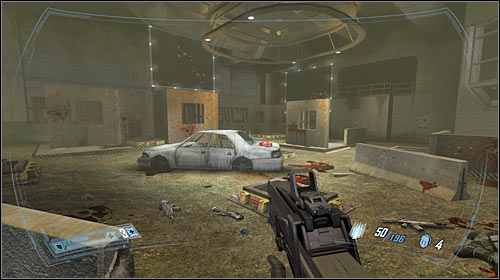