You'll find an armor in the next warehouse, however I wouldn't recommend taking it unless it's absolutely necessary. Use the stairs to get to the upper balcony. Go to the next warehouse and prepare to defeat a large group of enemy forces [#105]. Start off by throwing a couple of grenades at enemy soldiers and after that use an assault rifle. Don't forget to activate slow-motion whenever possible. Prevent enemy units from surprising you from the back. 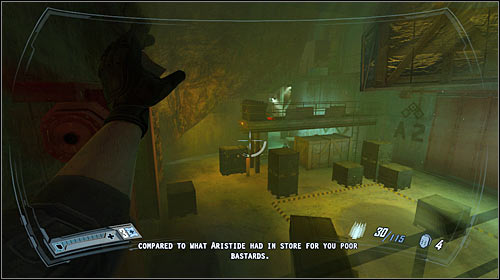 Once you've won go back to the previous warehouse. Now you may pick up the armor. Proceed to the area where enemy forces showed up for the first time. You can inspect both platforms, but you would only find a medkit. Focus on getting to a new corridor [#106]. Choose an assault rifle or a submachine gun from your inventory before moving on. 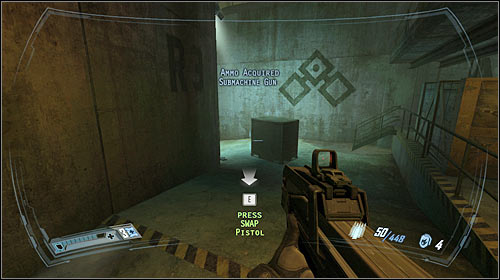 You'll have to defeat a few soldiers along the way, however it shouldn't be a problem. Notice that one of the pipes has been damaged [#107] and as a result you can't use the ladder just yet. Turn right and eliminate enemy forces from a large distance. Start moving towards them. Don't go in a straight line. Instead enter a warehouse to your right. 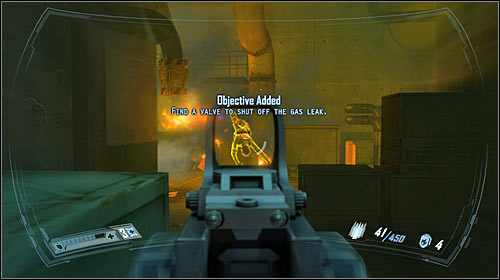 You'll find a new armor inside the warehouse. Just as before, I wouldn't recommend taking it right away unless your current armor has been badly damaged. Make sure to collect ammunition, grenades and medical supplies. You will also find a new document inside this warehouse [#108] - Info: P. Fettel. Go back to the main tunnel and deal with remaining enemy troops. One of the soldiers will appear above you - prevent him from making a surprise attack. 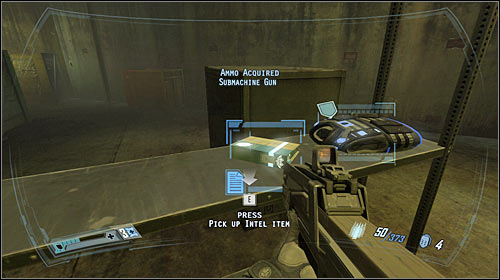 Take a closer look at my screen [#109] if you're having some difficulties finding the valve. Don't forget to hold the action key for a few seconds instead of just pressing it once. As you've probably suspected, shutting the flow has resulted in new enemy soldiers appearing in this area. Attack them from here and then start moving towards the ladder. Prevent anyone from surprising you and don't forget to take the armor from the warehouse. 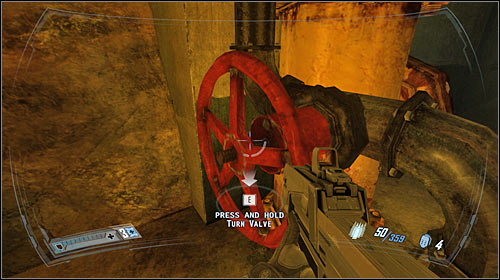 The final group of enemy soldiers will appear on an upper balcony. Kill them and then use the ladder to get to the balcony [#110]. Proceed towards a new corridor and travel upwards. You'll find a new armor along the way. Now you must use the crouch key to avoid the flames and to get to a new room. You will finally reach a new balcony where your main character will lose balance and fall. Wait for the game to finish loading a new level. 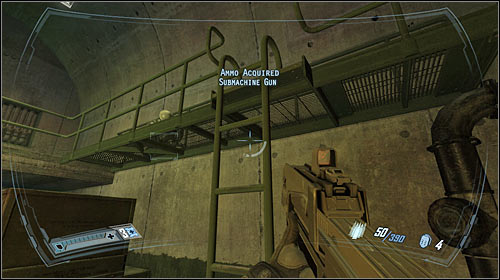 You don't have to explore the flooded area, because there aren't any interesting items here. Instead proceed directly to the ladder. Exit the small room. Ignore a burning balcony and proceed left. Go to a new door and then turn right. You should be able to find a new document called Replica upgrades inside a small room [#111]. There's also a medkit in this area. Now you must start following Alma. She'll reveal her position to you from time to time. 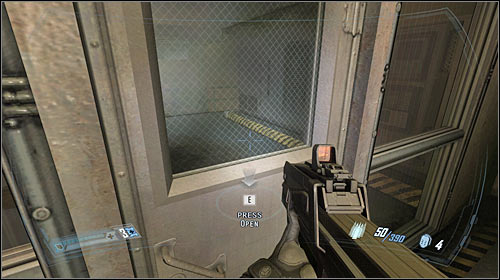