You should be able to reach a new junction in a short while. Ignore bodies of dead civilians and proceed towards the left passageway. You'll notice an armor nearby, but don't pick it up, because there's a group of enemy soldiers nearby and you should deal with them in the first place. Enemy troops are stationed just around the corner. Make sure to aim for yellow canisters [#86] to get rid of them quickly. You should also prevent them from surprising you from the left. Go back for the armor once you've won. Inspect bodies of fallen enemies for grenades and ammunition. 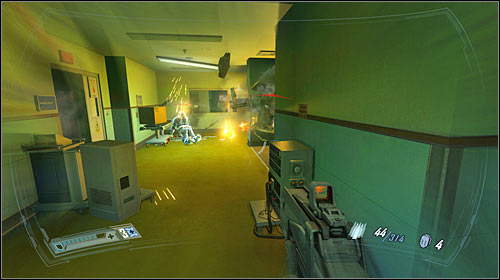 If you decide to leave the lab you're going to be attacked by two other groups of enemy units. Each time you should use slow-motion and take cover behind nearby objects to gain advantage over them. Proceed towards the corridor where enemy troops have been seen for the first time. Eventually you should be able to get to a decontamination chamber [#87]. Wait for the process to end. 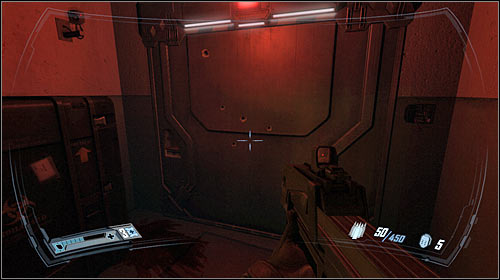 You'll be seeing a few monsters in the distance, but you may as well ignore them for now, because they'll be out there only to scare you. There's only one narrow passageway here, so you can't get lost. Ignore enemy troops on the left ledge, because they won't see you. Defeat a single monster shortly after that [#88]. Don't forget to activate bullet-time, because the creature is very fast and it will only take a second for it to get to you. Use a combat shotgun to succeed. 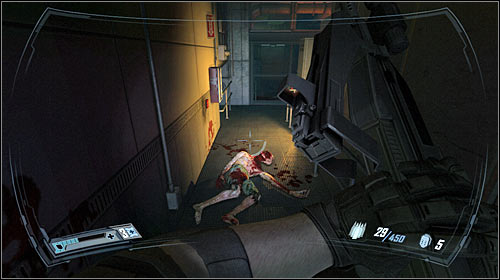 You may proceed to the next section. Make sure to collect a CD before moving on [#89] - Harbinger failures. There's also a new medkit in the area if you need one. Proceed to the upper floor and open the left door. Explore the left room once you've reached a junction. Use the stairs and pick up a Reflex Injector. 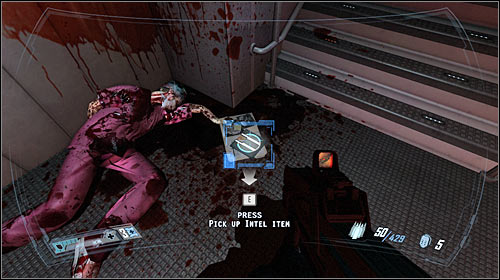 You may go back up. Start moving forward. You'll notice a few soldiers using the elevator, but you don't have to attack them right now. Explosions will take place near your position, but thankfully you don't have to be moving fast. This only applies to using the elevator [#90] when you must enter it and press a button on the control panel before the flames consume your character. Choose a submachine gun and wait for the elevator to reach its destination. 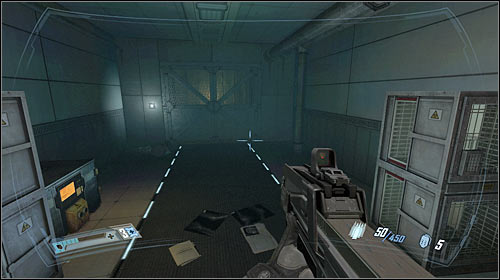