You know a farmer by how he ends, not by how he begins. However, you cannot disregard the start - if you begin properly, it will be easier for you to accomplish your goals. Properly managing the machines and the fields, selling with large profits and growing the most viable plants is the key to success. 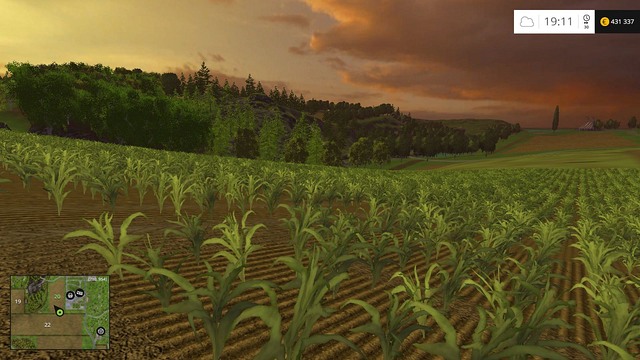 The activities proposed have been based on map Bjornholm.

In Westbridge Hills the initial situation is different: here, you have one bigger field, instead of three smaller ones and you have an additional tractor. However, the plan should be similar.

In the case of Sosnovka, you get discernibly less equipment than on the other fields. Still, you have two fields, close to the farm, from the very beginning.

Some of the hints will also be useless at the high difficulty level (empty storages, limited loan amount) - therefore you are going to need a higher amount of sold produce. The described development path is not the only one available and at successive stages you can own various equipment, buying some earlier, and the other ones later. In general, however, it is recommended that you follow the suggested order, which ensures steady and stable progress.