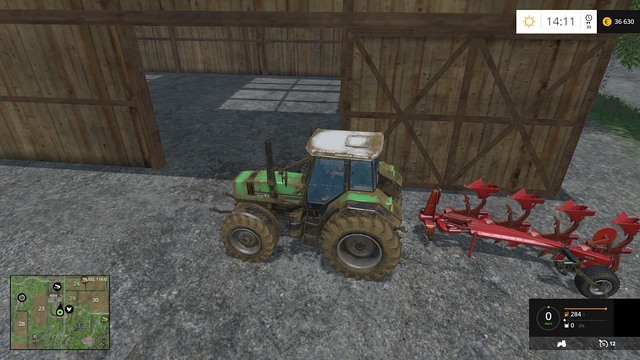 You will find a plow somewhere on your farm.

At some stage of the gameplay, you will have a lot of fields. Every one requires at least minimum attention from you, mainly when it comes to transporting a proper machine onto it and hiring a worker. Joining smaller fields into one larger is a useful option here. By doing so, one worker will complete his task on both fields. Joining is very simple - all you need is a plow. 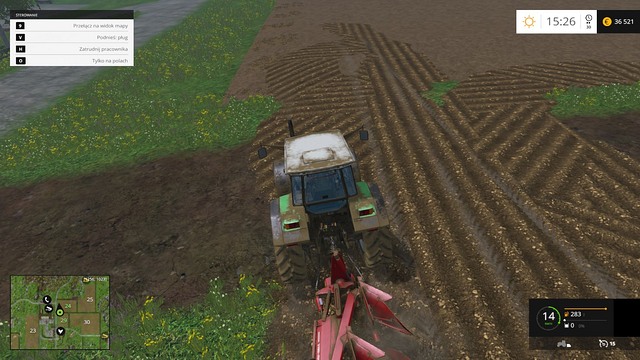 Plowing a way between two fields.

First, you have to drive a tractor with a plow between the fields that you want to join. Next, lower the plow and press the [O] key. Then, plow the fragments between fields. 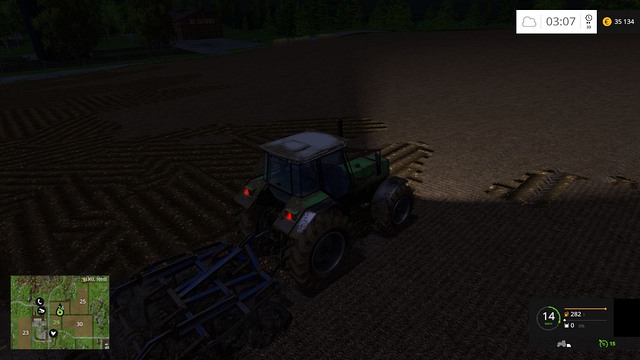 Cultivating in the night, so the neighbor would become green with envy tomorrow.

After successfully plowing the empty spaces between two fields, you have to use a cultivator. After doing so, the two fields will be treated as one by your workers. Thanks to that, they won't stop performing their task until they finish on both the fields.

The main reason to join fields is because of the workers - they will require less attention, which will allow you to perform other activities. One larger piece of land is more convenient to cultivate than two smaller. Joining is neither difficult nor time-consuming, so you should take advantage of this option. Especially on the Bjornholm map, where most of the fields are rather small.