Grass and hay are used mainly for getting silage that can be sold or used in animal husbandry. Collect grass from your field or other parts of your parcel. Hay is a mowed grass that was run over with tedders. 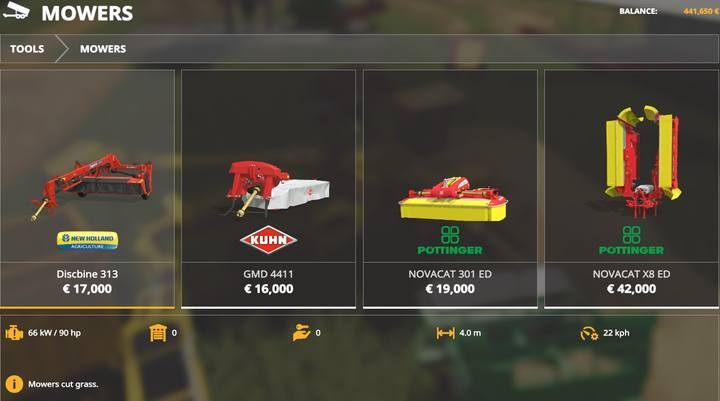 The shop has 4 different mowers that can be attached to a tractor.

Krone BiG M 450 is for more demanding player. Sadly, this vehicle isn't as good as Pottinger Novacat mowers (which must be attached to a tractor). BiG M 450's wideness is smaller by 1.5m when compared to the models described above, and it costs a fortune. 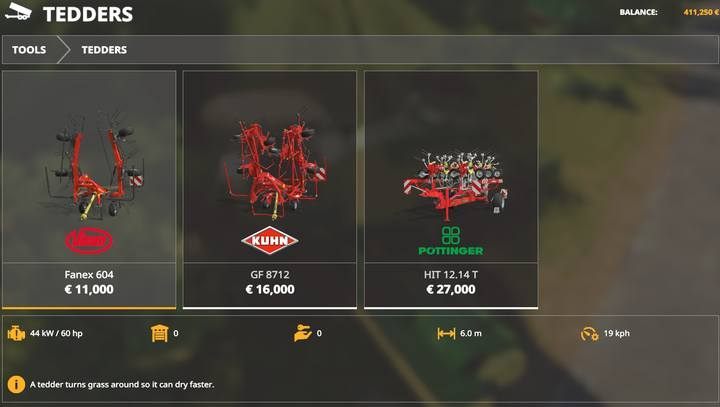 Use tedders to get hay. Cut grass, drive over it with tedders, and collect hay. 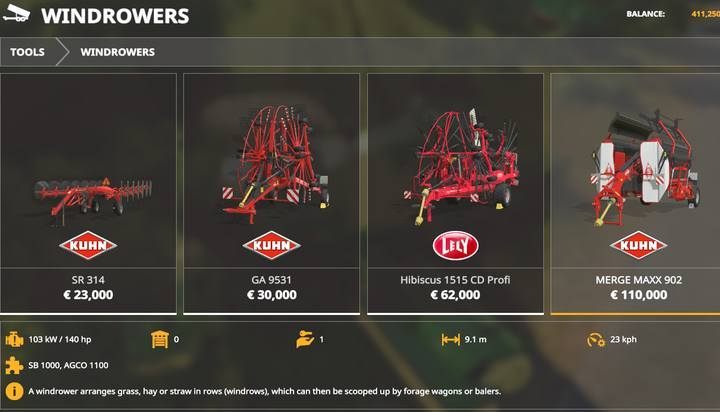 Remember - you can store hay in a hay loft (Placeables category). 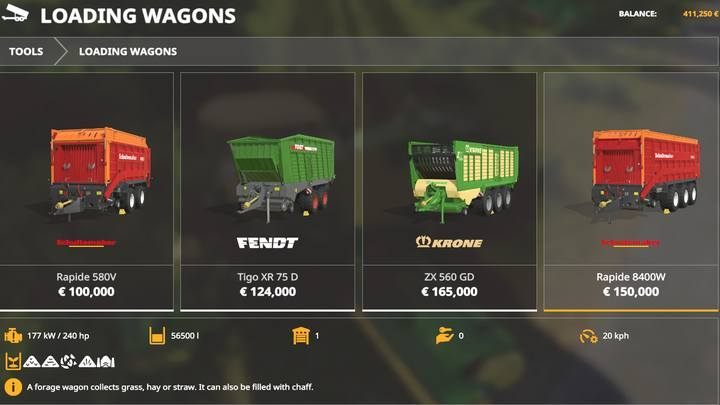 Loading wagons are for collecting grass, hay, straw and silage lying on the ground. This is an alternative for creating bales. Loading wagons are rather expensive, slow and have a moderate capacity. They also need a rather powerful tractor to be used efficiently. Cheaper models are good at the beginning of the game. More expensive models are for more demanding and richer players.