The Audiophile is a mission in Far Cry: New Dawn in which you must collect 10 music players. This mission will become active after the defense of Prosperity. You will get one talent point for finding each player. The location of the items is as follows.

The Bradbury's Wood is located near the bridge leading from Prosperity towards The Chop Shop. The exact location can be seen on the following map: 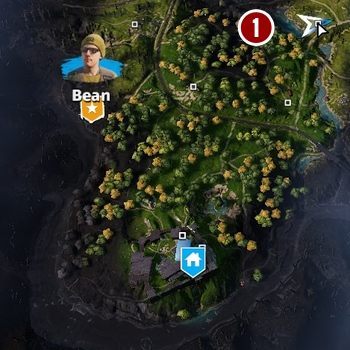 You will find a drained house there. One of the walls is destroyed and covered with boards. Destroy it and enter the room where the music player is located. 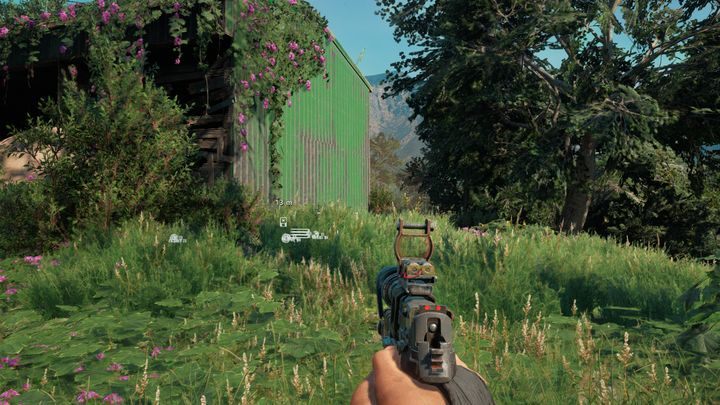 An abandoned camp can be found near the destroyed railway bridge, right next to the river bank. 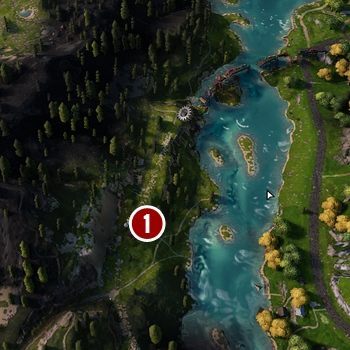 There is an old railway carriage with a wooden wall located here. Destroy the said wall and enter the room with the music player. 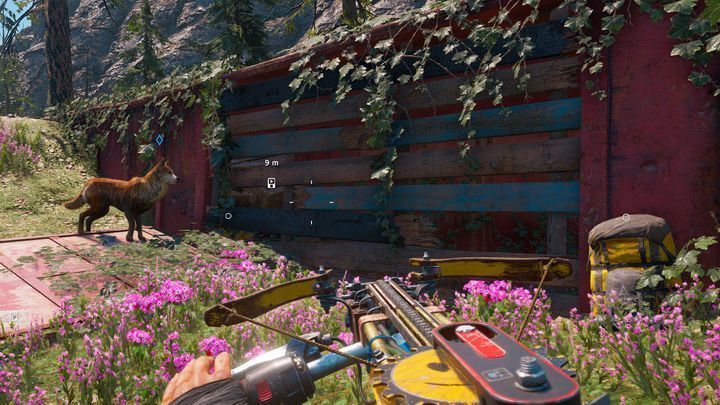 The Frobisher's Memory can be found in the location shown on the following map: 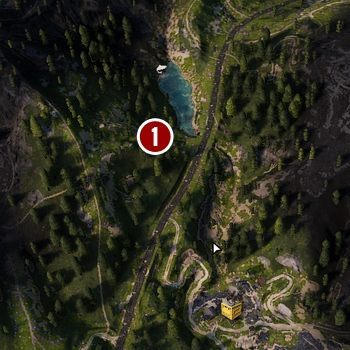 You will find a cave there. Enter it and kill the snake located inside. In the main cavity you will find a place to attach your hook to. Use it to climb on top of the rock ledge and collect the music player located there.

The Sein's Sanctuary can be found above the outpost in the sawmill. 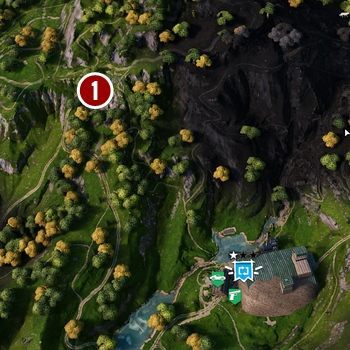 Once you arrive, you will run into a group of bandits. Take them out and go behind the building. There you will find a hole covered with boards. Destroy them and collect the music player.

Along the river that forms the map border, behind the Sacred Lumber, you will find a small building, which a group of bandits is wandering around. 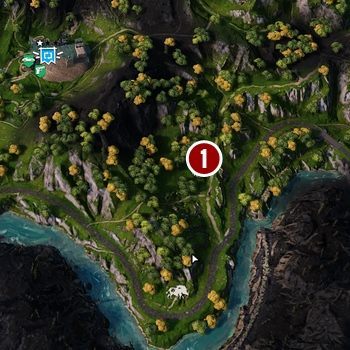 You will find locked doors here. If you have the ability to open locks, you will be able to easily open it; otherwise, you must collect the key from the cabinet. 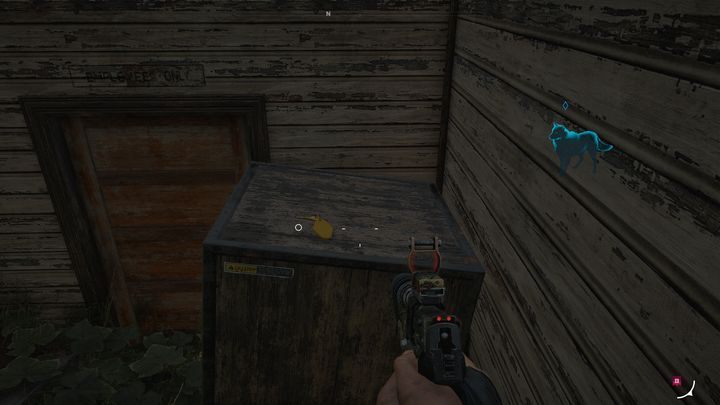 Once you are inside the room, destroy the wooden wall and collect the music player.

Fillmore's Hovel can be found in the location shown on the following map: 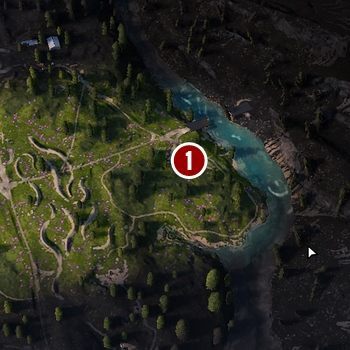 Once you reach the place, you will run into a hatch to the bunker. The entrance is open, allowing you to easily get inside, where the music player can be found. 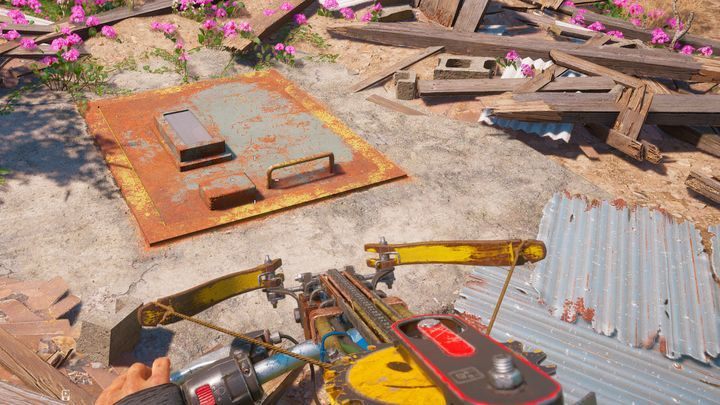 This place can be found at the same height as the Atelier Zion, but on the other side of the river. 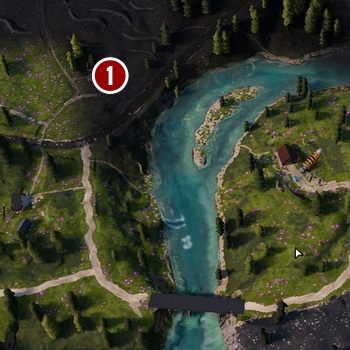 You will find a bunker on the site. The entrance is open, allowing you to easily get inside, where the music player can be found.

The Tombwater is a small cove located near the road leading to the Children of Eden settlement. 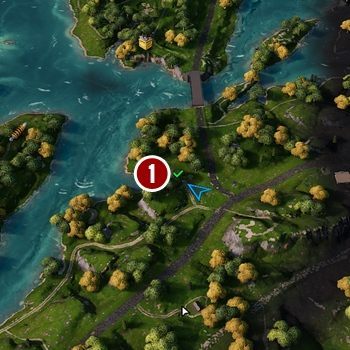 There is a small destroyed house located near the shore. Enter the house and you will run into locked doors. If you have the ability to open locks, you will be able to easily get past it. If you do not have it, however, head over to the kitchen and blow up the fridge. You will find the key inside of it. 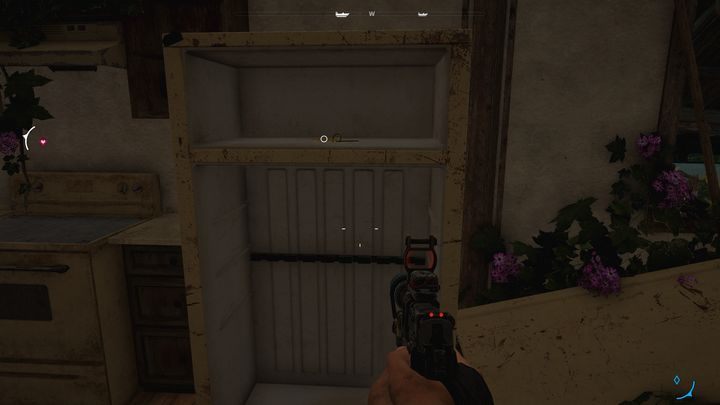 Another music player can be found in the now open room.

It is located near the fairly large road, in the location indicated on the following map: 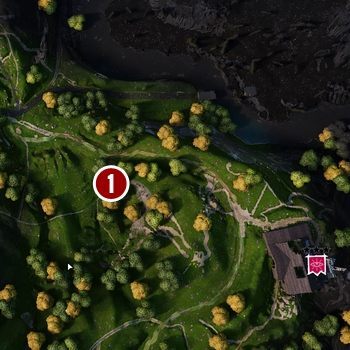 There you will find an abandoned house. Destroy the wall and get inside, where you will run into locked doors. You can open them either with the help of your abilities or with the key that can be found in the wooden chest lying in the corner of the room. You just need to destroy it. 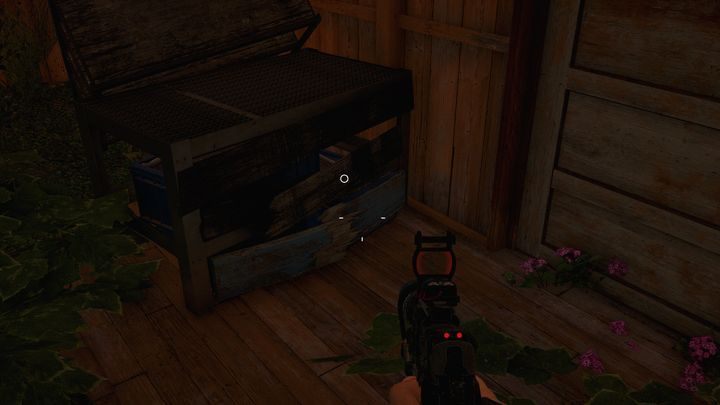 The music player can be found in the now open room.

House on The Lake

The House on The Lake can be found in the location shown on the following map: 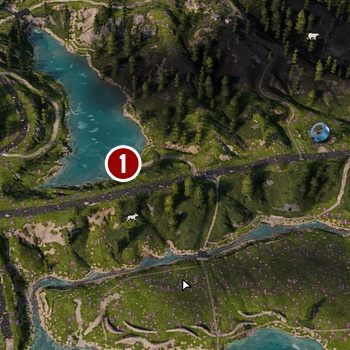 You need to go from behind the building in order to enter it. There you will find a place to attach your hook to, allowing you to get inside. 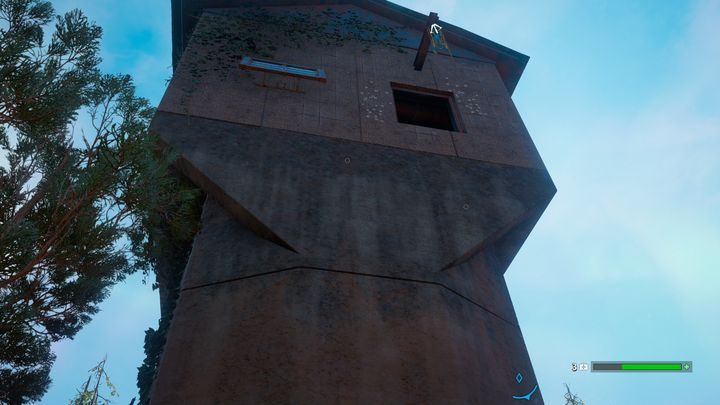