The following page describes the Buzz Kill mission in Far Cry: New Dawn game. You will receive the mission from a specialist named Grave Armstrong - her exact location can be found on the map and is visible from the beginning of the game. This mission is worth completing due to the weapon - Saw Launcher V.1 - that can be acquired during it. 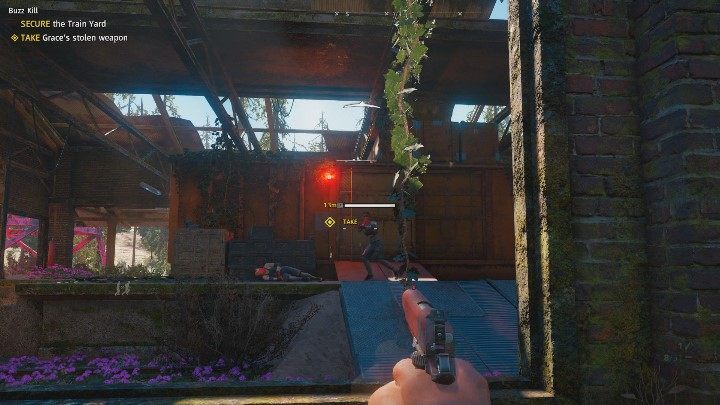 Once the conversation with Grave Armstrong is over, you will be directed to a location where you can find the Saw Launcher V.1. A large group of enemies is present here - you can sneak into the area and eliminate the enemies quietly, but more foes will appear either way once you collect the Saw Launcher. The Saw Launcher will be marked with the mission marker - head there to collect it and take out all of the enemies. 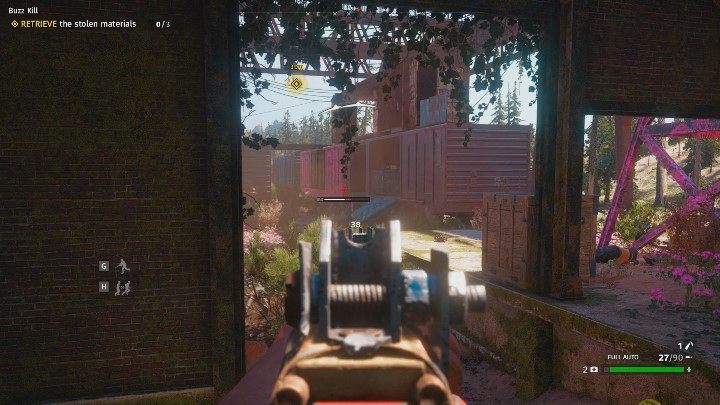 You will soon be attacked by another wave of enemies, but they will not be of any challenge. One direct hit from the Saw Launcher V.1 (ammo can be found in the same wagon where the launcher was lying) is enough to take out each one of them, but even with your regular weapons you should not have any problems eliminating them. 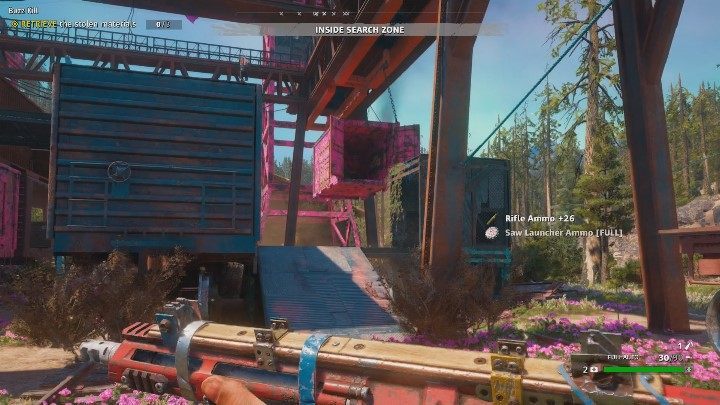 During the second phase of the mission you need to reclaim stolen materials. They can be found in the same location as the Saw Launcher, in the three pink wagons - you need to get inside them. The wagon shown in the above screenshot can be accessed by jumping from the nearby blue wagon. 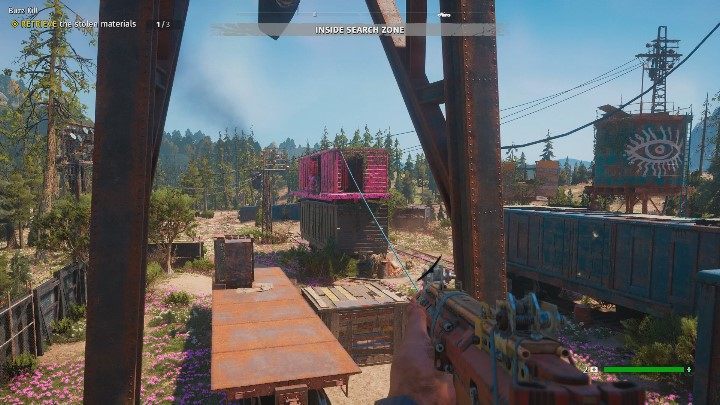 The next pink wagon (shown in the above screenshot) can be accessed through the line attached on the tower with the eye symbol. 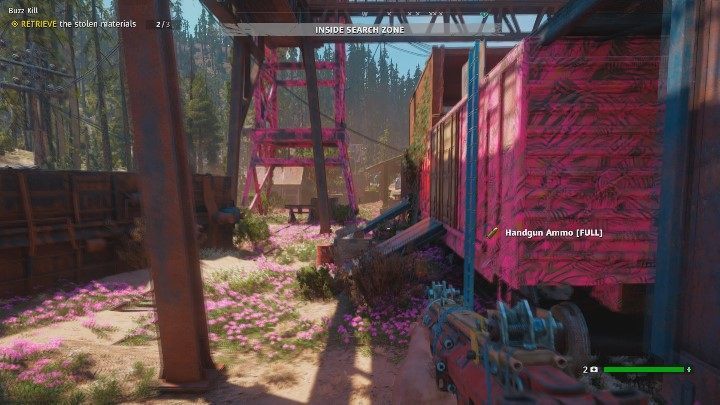 Accessing the third pink wagon (shown in the above screenshot) can be done with the help of a button located on the doors of the wagon. Once you have acquired all three of the materials, you can get back to Grace Armstrong - the Buzz Kill mission will be completed and the Saw Launcher V.1 will be yours.