This page describes the missions - Find Hope and Gear Up in Far Cry: New Dawn. These are simple, initial missions of the main story. You will get to know the basics of crafting, and also reach the starting homebase - Prosperity.

The Find Hope mission is a direct continuation of the Crawling from the Wreckage. Create your first weapon, get some crafting material and recover a tunnel seized by enemies.

How to craft Saw Launcher? 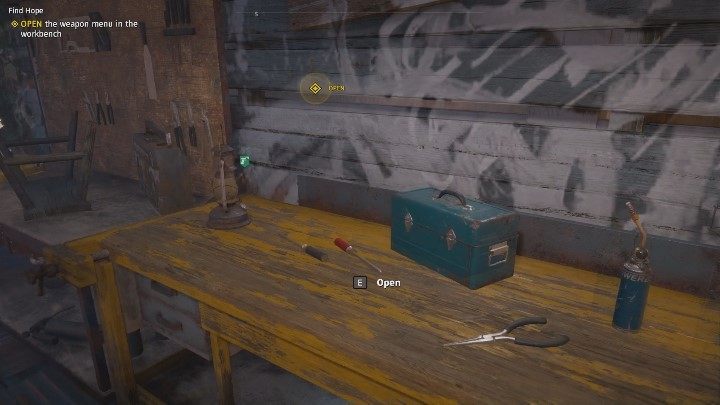 Once you have started your mission, follow the river until you reach a ruined house. Go inside and head to the Workbench. Use the workbench to create the Saw Launcher, but you need crafting materials to do so. You'll find all the materials in the house you're currently in. They are not hidden - they are in visible and easily accessible places. 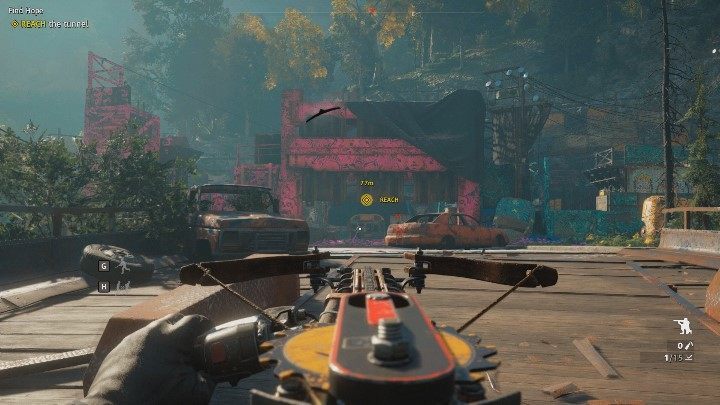 Once you have created a launcher, follow the mission marker. Your task is to take over a tunnel controlled by enemies - this way you will get to Prosperity. In the outer part of the object you will meet a dozen of poorly armed enemies. With the help of the launcher you can kill them with one shot, but watch out for the enemies on the turrets - it's best to get rid of them at the very beginning. You can also take rifles from killed enemies and use them instead of a Saw Launcher. After defeating all enemies, enter the middle of the tunnel and use the door. You'll see a cutscene and the Find Hope mission will be over. 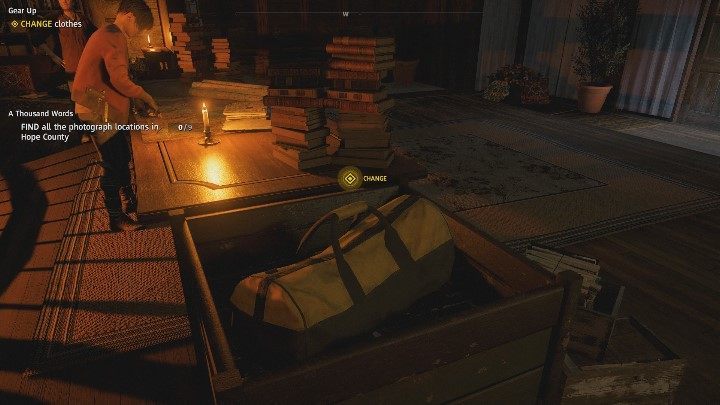 The Gear Up mission starts automatically in Prosperity when you have completed the Find Hope mission. This is a very simple task, in which you only have to change the clothes of your hero. Use a nearby bag. The mission is over, and you'll see an introduction to the next mission of the main storyline.