This page a walkthrough for Crawling from the Wreckage mission in Far Cry: New Dawn. This is the first task in the game - you will be introduced to the plot. Also, you will get to know the basic mechanics of the game and meet important heroes. 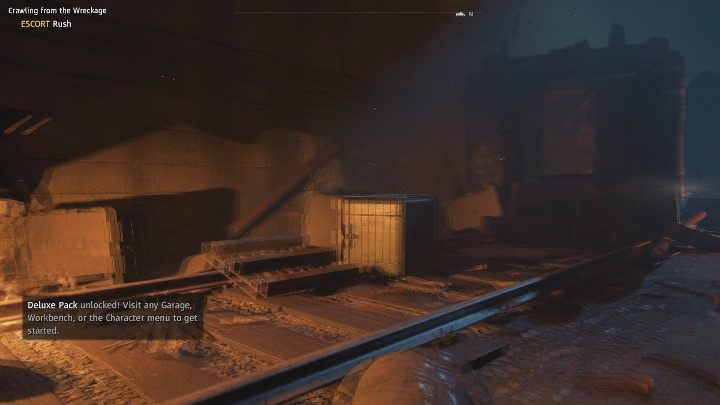 After watching the short introductory cutscene, you will gain control of the character. Follow the tunnel and at the end of it enter the wagon on the left. You'll find a rucksack with ammunition there - it'll be useful if you've got a pistol. 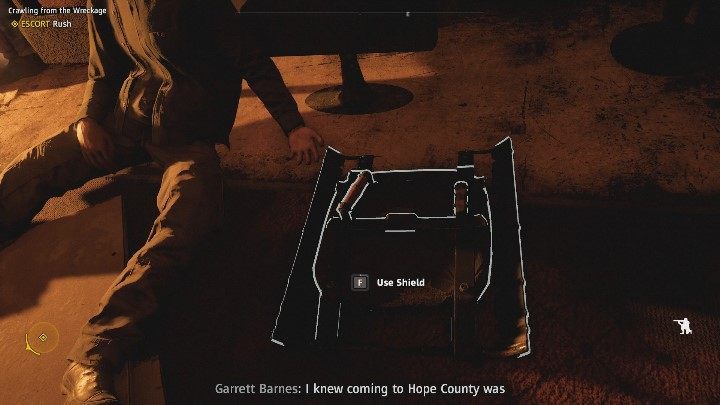 Jump off from the wagon to the wagon below. There you will find another backpack that you can search, as well as a shield. The shield will protect you from enemy missiles. You can also throw it at enemies to deal damage to them. Then head towards the mission marker. 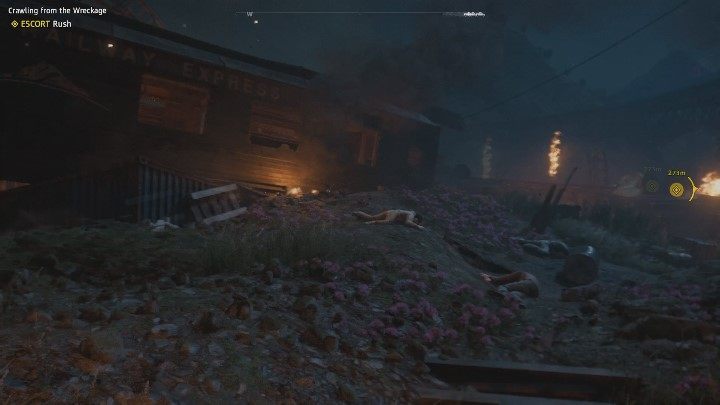 It is worth stopping by the wagon shown in the picture above. Inside you will find an unconscious woman - if you resuscitate her, a first-aid kit will be added to your inventory. 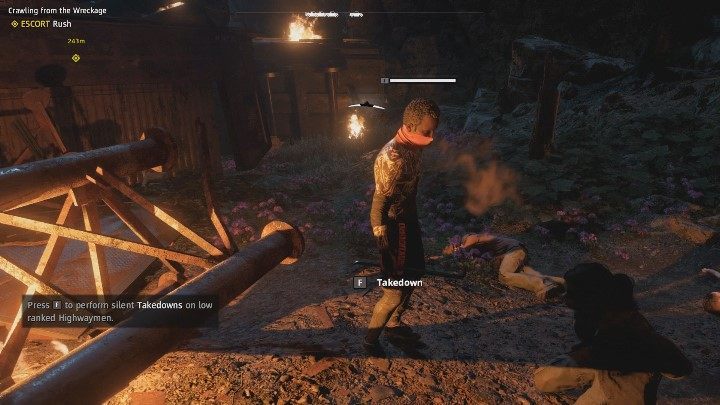 After a while you will find your first opponent. Press the correct button on the screen to kill him with a melee weapon (Takedown). Loot the killed enemy and then approach a nearby body - you'll find a pistol (which uses the ammunition you've acquired beforehand). 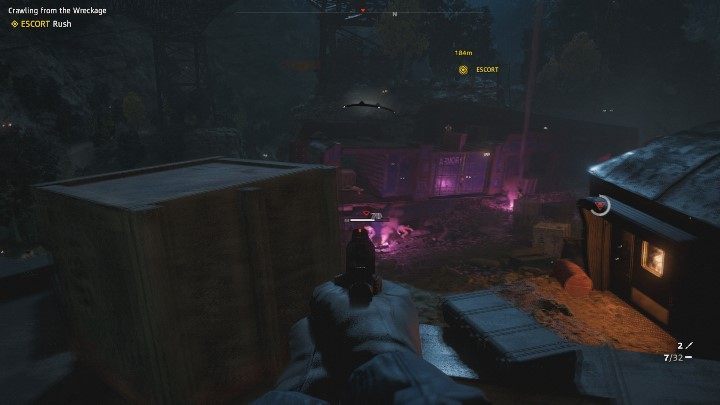 Continue along the way towards the mission marker. You will quickly find your way to where several enemies are staying. Eliminate them in the way you want. You can attack them with 'Takedowns' and try to kill enemies quietly one by one, but you can also use your pistol if you prefer more action. No matter which way you choose, you should be able to deal with them without any problems, as they are poorly armed. Remember to loot bodies to replenish ammunition.

ESCAPE to the river 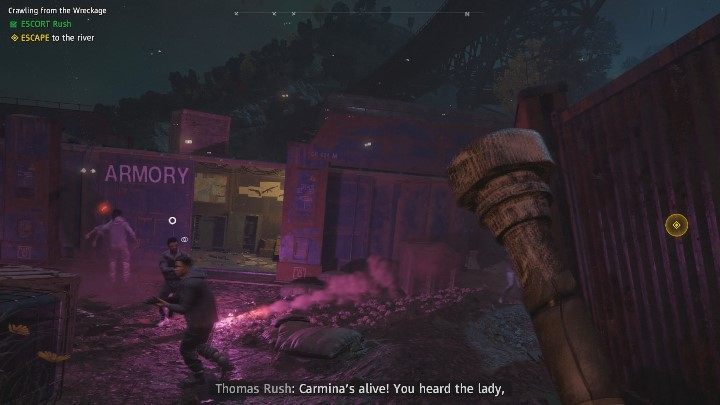 After a while, a group of allies will join you and your new target will be to escape to the river. Before you go to the mission marker, enter the wagon with the inscription "Armory", where you will find an automatic rifle and a sniper rifle. You have to choose one of them, because currently your character can only carry one rifle at a time. 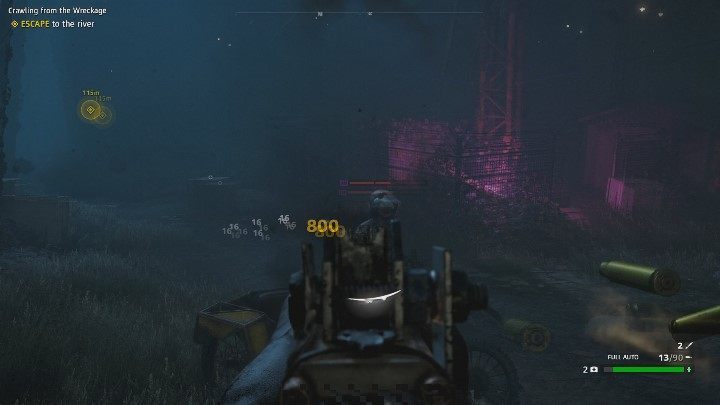 A few well-armed enemies will appear in the area. You can fight with them, but it doesn't make much sense. It's best to head directly towards the mission marker and just run away from your enemies. You can use one of the nearby vehicles, but an escape on foot is also possible. When you reach the marker, the Crawling from the Wreckage mission is over, and you'll see a cutscene.