In one of the captured outposts, an NPC will inform you about a mysterious place with flashes. The person will also warn you about the possible danger of going there. This place is marked on the map below: 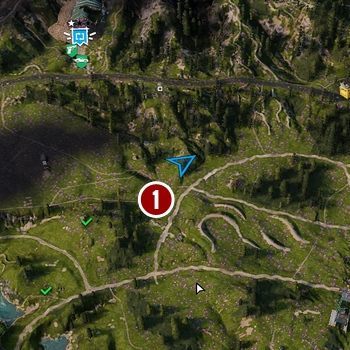 A sniper rifle is very useful in this mission.

After reaching that place, you will find a peculiar machine emitting lightning bolts right where the bunker's entrance is. You will encounter four bandits. Three of them are standing near the generator. The fourth one, equipped with a sniper rifle, stands on the nearby rooftop. If you have a sniper rifle, shoot the enemy standing on the roof first. If you don't have a long-range weapon, stand outside the sniper's range and eliminate the bandits near the machine. 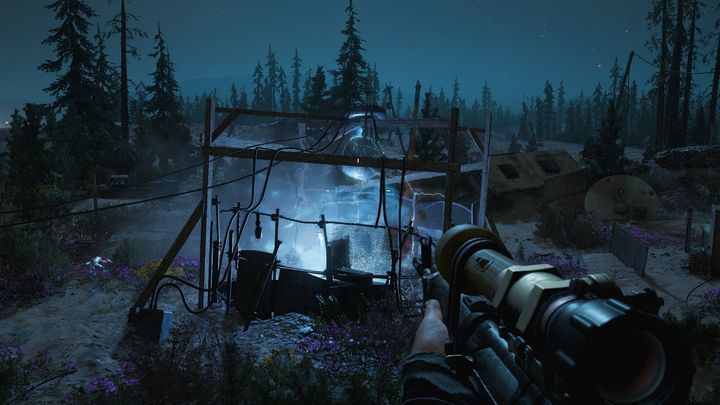 Once the bandits are dead, read the note lying on the chest near the machine. This will start the mission. The second note is near the door to the house. You learn that the door is shut from the inside - you can see the padlock through the grates on the rooftop. You shouldn't have problems getting inside - the building is very short. 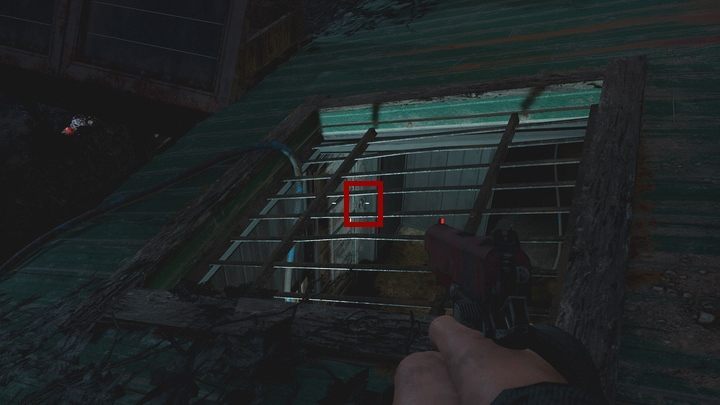 Get on the building's rooftop. Crouch near the grate and look at the door. Shoot the padlock. Use a sniper rifle to have a better look at the target.

The door is now open. Inside the room you will find a lever that deactivates the machine. Go inside the bunker. Collect components, duct tape, perk points, and an audio journal. If you have Repair Torch perk, you will be able to collect titan.