On this page of the guide to Far Cry 6 you'll learn about the main uses of the smartphone you'll obtain during the prologue. We explain how to use the phone for recon before entering hostile areas and how can it be used to scan unknown vehicles. 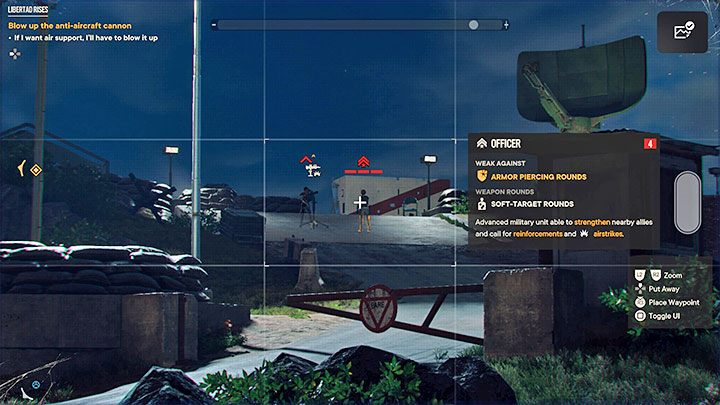 In Far Cry 6, the most important function of the smartphone is it replacing your binoculars. You can use the phone for recon - you do so by pressing up on the D-Pad. Once you start looking at your smartphone you can, and should, zoom in the view to spot distant objects and objectives.

You should always do some recon before entering a large hostile area, as it'll let you plan your steps as well as easily identify areas and characters worth prioritizing. Try to do recon when standing on a hill, a tower, a rooftop or other elevated place, from where you can see the entire hostile area, or at least most of it. During recon you should do the following: 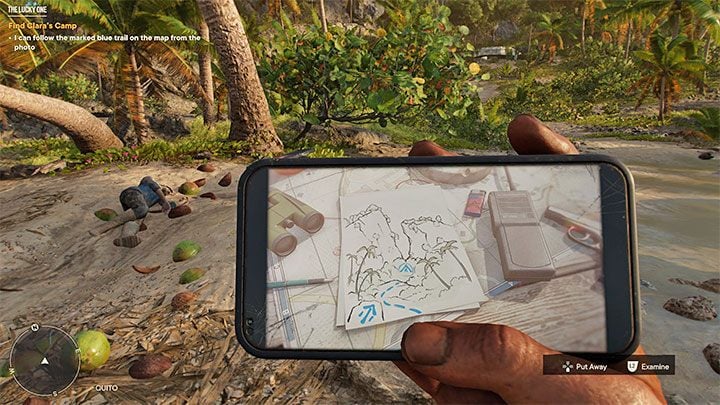 Another use of the smartphone is receiving hint photos. This only applies to main missions and side missions. After starting a quest it's possible you'll get some pictures related to it (a single picture or several) - you can view them by pressing down on the D-Pad.

The pictures could depict the quest area you must find or a vehicle you must look for. We recommend using these hints during missions in which the game forces you to look for things on your own, not marking mission objectives on the screen. 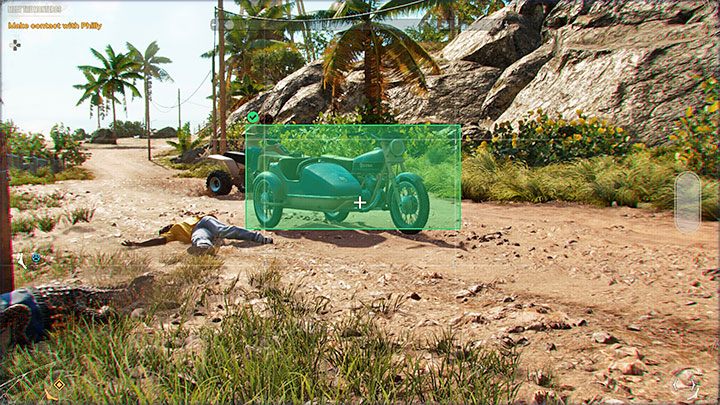 Another useful feature of the smartphone is using the camera to scan vehicles. To do so, you must take the phone out of your inventory (Up on the D-Pad) and make sure the entire vehicle is in the frame.

This mechanic allows you to add scanned vehicles to the garage, that is, to various vehicle pick-up points. By doing so you can use them freely for the rest of the campaign. Unfortunately, you can't scan military vehicles, including tanks and helicopters. If you want to add them to your garage, you must personally take them to the pick-up point or take over enemy bases they're parked in. 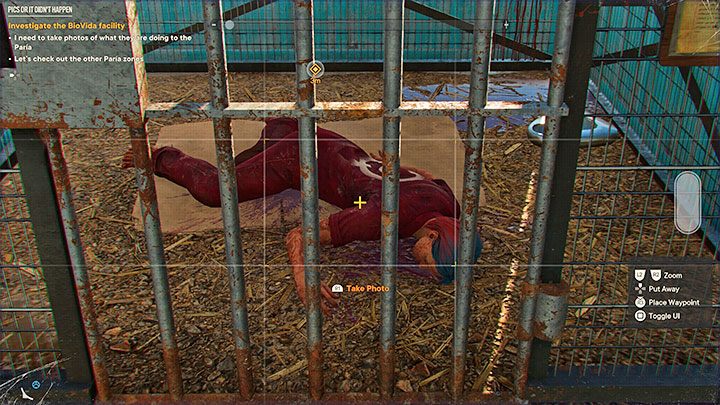 Taking photos of the environment is, strangely, a feature you won't need to use often. Using this mechanic is required only in a few situations - by taking out your phone (Up on the D-Pad) you must catch the specific object/character in the frame and press the indicated button.

Far Cry 6 features Photo Mode, which is completely independent of the smartphone. Additionally, photo mode lets you freely control the camera. You're not just limited to taking photos from the first-person view. We've described the photo mode's main functions on a separate page in the Appendix.