This page of the Far Cry 6 game guide provides information on whether the game allows you to fly over Esperanza (the capital of Yara) using, for example, a plane, helicopter, or wingsuit. In addition, we explain whether it is possible to destroy active anti-aircraft guns in Esperanza.

Limitations in flying over Esperanza 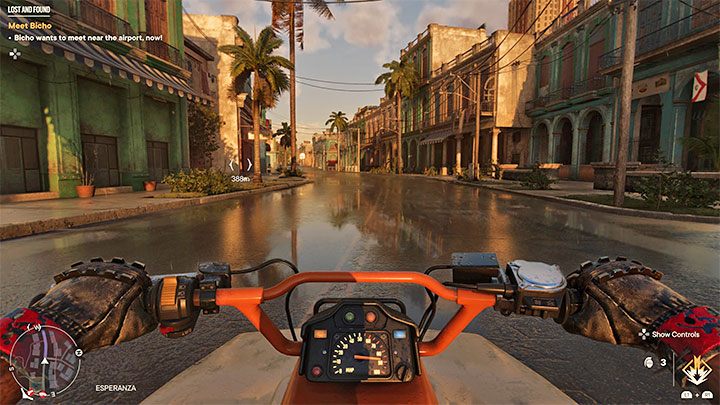 Esperanza is the largest location in Far Cry 6. You will start the game's story campaign in the capital, but it will be a short and very linear visit. You will return to Esperanza later in the game - it will be required to complete some quests, but you may want to explore the location on your own.

It is worth noting that Esperanza always has one of the highest ranks of all the game regions. Expect to encounter some of the toughest enemies there, and don't travel there if your character's rank is lower than that of the region, as battles would get particularly difficult. 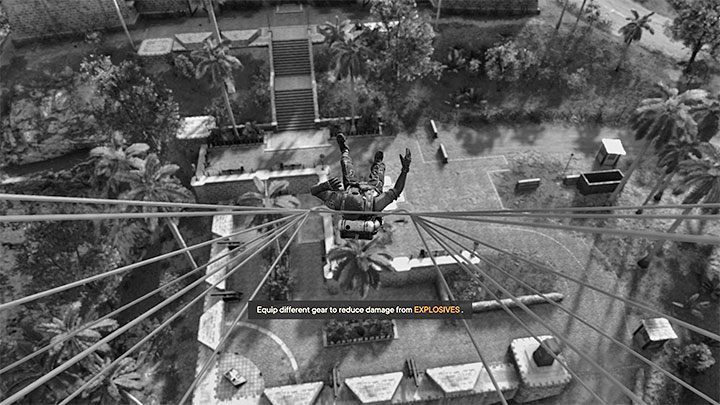 Flying over Esperanza is strictly forbidden, and you will be shot down automatically if you get closer to the city using any flying machine (helicopter, plane) AND additionally if you use a wingsuit or parachute. You have to accept that the airspace is being monitored, and you will be brought down regardless of the method you choose to travel. 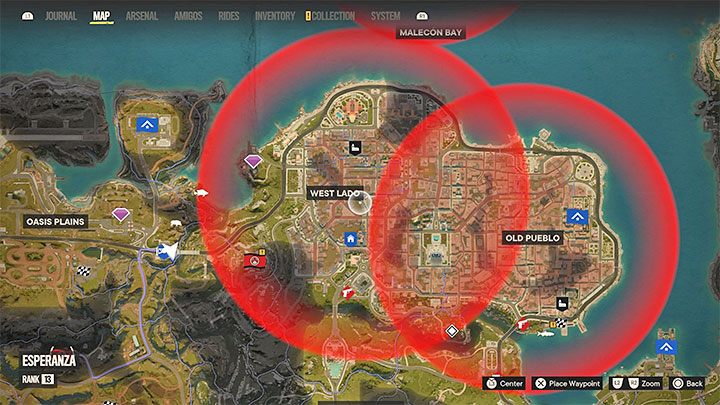 By hovering over the icons of unique locations in the capital, you can highlight the anti-aircraft guns from Esperanza and their range. That is a hint of how large the no-fly zone is - it is shown in the picture above.

The bad news, unfortunately, is that you cannot destroy AA guns in the capital. The game does not allow you to reach them to use launchers or grenades on it. They will remain active throughout the game and continue to do so even after you complete the main storyline. This is simply a restriction designed to prevent you from reaching the roof of any of the buildings in Esperanza or any area surrounded by walls and posts.

Reaching Esperanza from the land 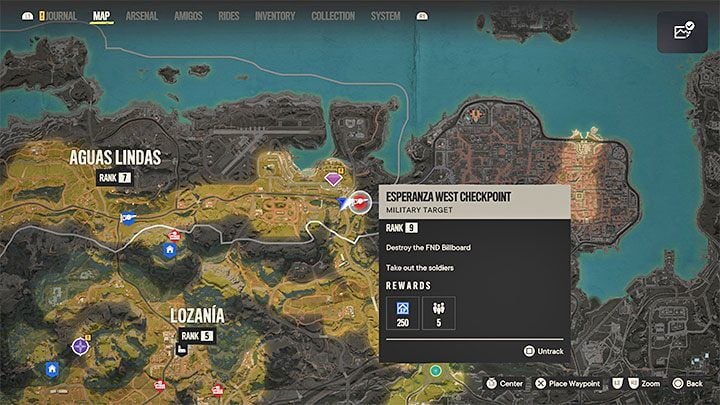 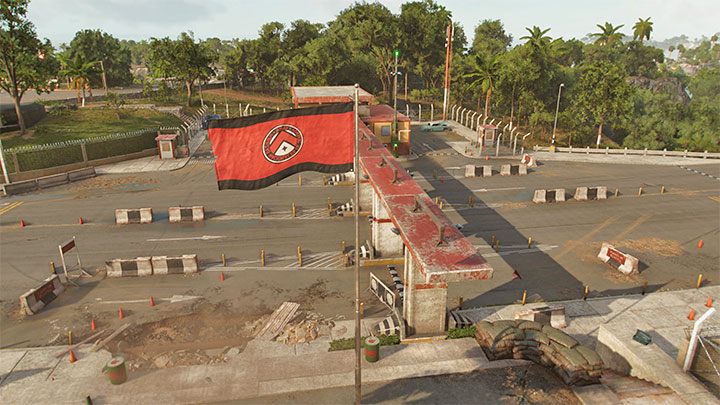 Since you can't fly over Esperanza, you can only infiltrate the capital from the ground, for example, by reaching it on foot or (a better idea) using ground vehicles.

We recommend taking over posts on the outskirts of the city - an example is shown in the attached picture. That will allow you to use the fast travel and start the travel to Esperanza closer to the city, therefore losing less time reaching your destination.