On this page of our guide, you will find information about the season pass and DLC for Far Cry 6. You'll learn what do they add to the game and how to get them. 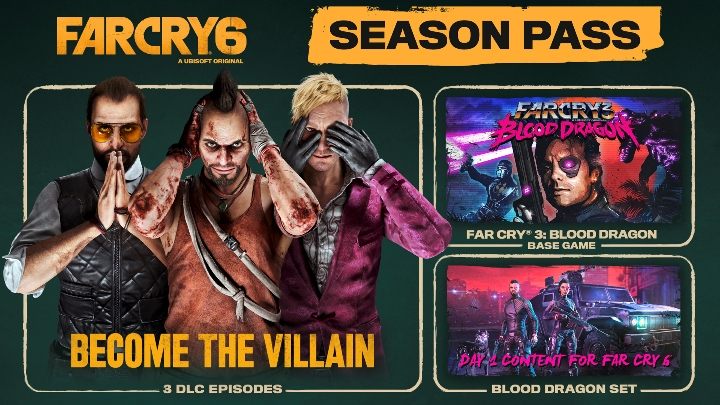 The Season Pass gives you access to three special missions. They're heavily influenced by roguelike games. You start the missions with a pistol, gaining new weapons and skills along the way. Death ends the operation, forcing you to start over. The missions can also be played in co-op. These missions are:

Additional operations are available to all players, not just those with the season pass. They take place in entirely new areas. There are six operations planned, each one with a differing objective and content.

You should remember there's a new uprising every week, which involve taking over new outposts once again. The enemies you'll face are stronger, letting you earn money and develop your character.

All players will obtain access to crossover missions with other famous franchises:

Each pf these missions can be beaten solo and in co-op.

As a Christmas gift, the Season Pass owners will receive: