This page of the Far Cry 6 game guide contains the walkthrough for the Yaran story titled Loose Ends, a side quest in El Este. Our guide explains, among other things, how to destroy evidence for Rosa and how to correctly identify and assassinate the 3 military targets (Orlando Diaz, Raul Martinez, Sonia Perez) during the show. 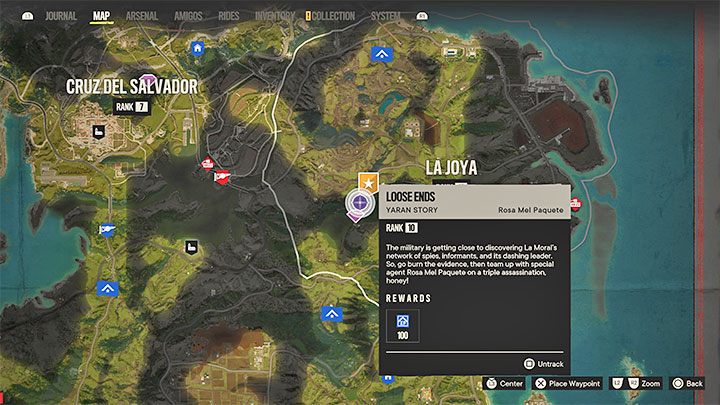 You can start this mission after completing operation Lion's Roar. Meet Rosa Mel Paquete at a rebel hideout in La Joya.

Destroy the evidence on the spy network 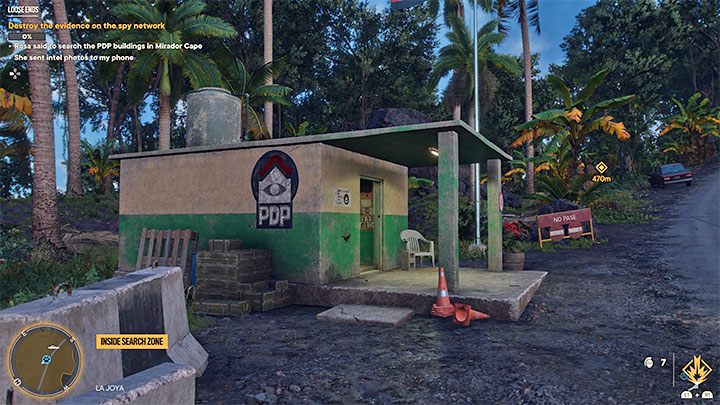 Your job is to visit and investigate the PDP buildings. The first two buildings are small outposts per the example in the screenshot. 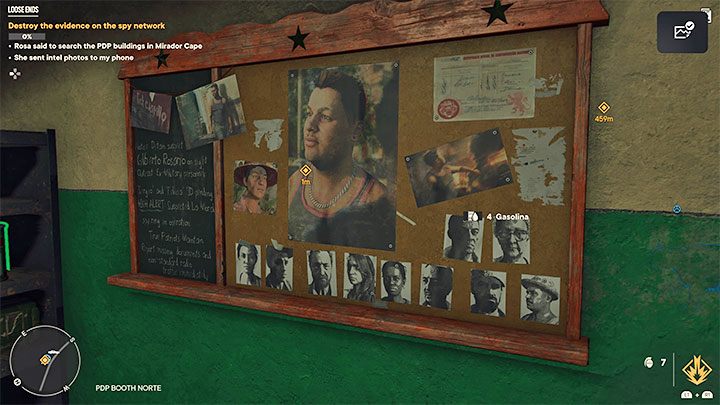 Upon entering each building, locate the evidence board (example in the screenshot) and destroy it with a firearm or melee weapon. 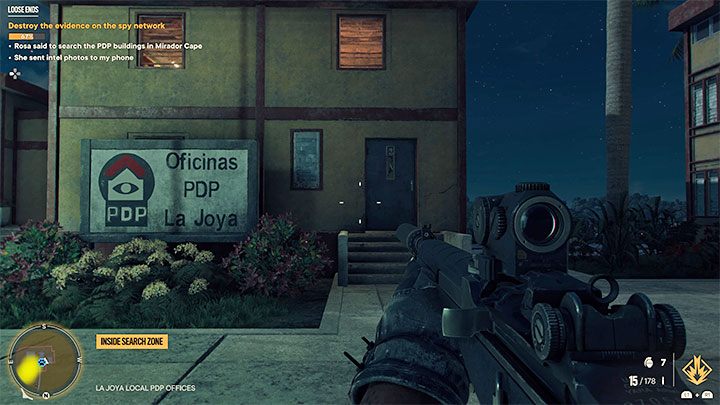 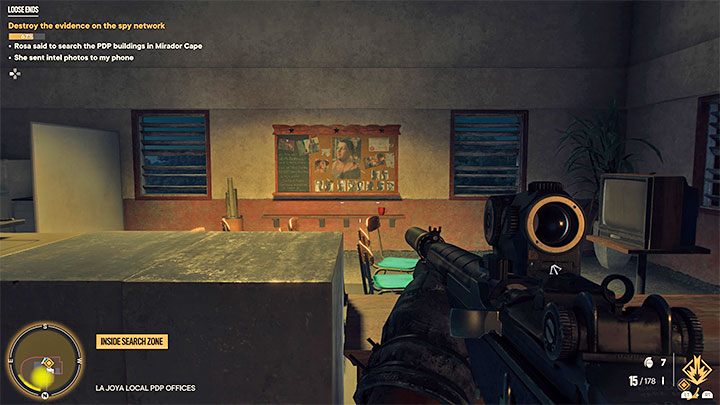 The final third location associated with this mission objective isn't a small outpost, but a larger building within an enemy base. You are free to choose whether you want to stealthily infiltrate the base or initiate direct combat with the opponents in the area (at the risk of reinforcements arriving).

Your goal is to investigate the building with the PDP logo plaque in front of it. In one of the rooms, you will find the final board that needs to be destroyed. 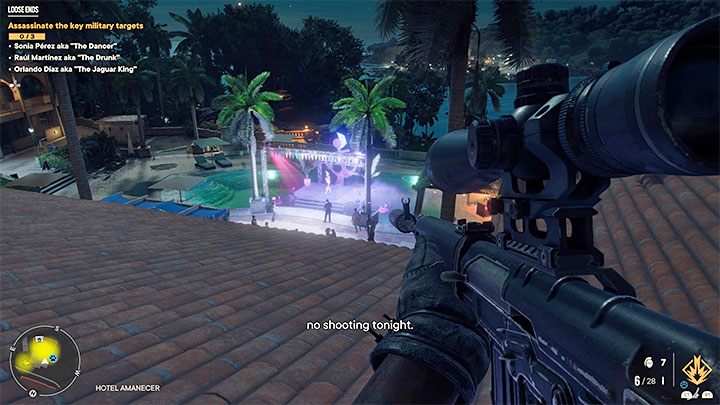 You need to reach Hotel Amanecer, in front of which Rosa will start the show on stage. Your task involves taking the opportunity to assassinate the 3 military targets in this location.

As Rosa suggested, it's a good idea to use stealth, so make sure to bring a weapon with a suppressor. We also recommend using climbing gear to easily reach the roof of the building adjacent to the stage. This will be an ideal place to spot and eliminate mission targets. 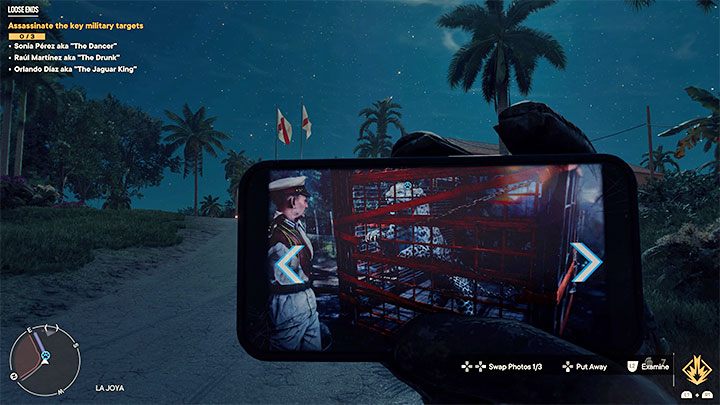 Orlando Diaz - The Jaguar King is near the cage containing the jaguar. There may also be at least 1 subordinate soldier in the area and you should dispose of them as well.

Note - Don't accidentally let the predator out of its cage, as this would cause a huge commotion in the area and could make it difficult for you to easily track down and kill the next 2 targets. 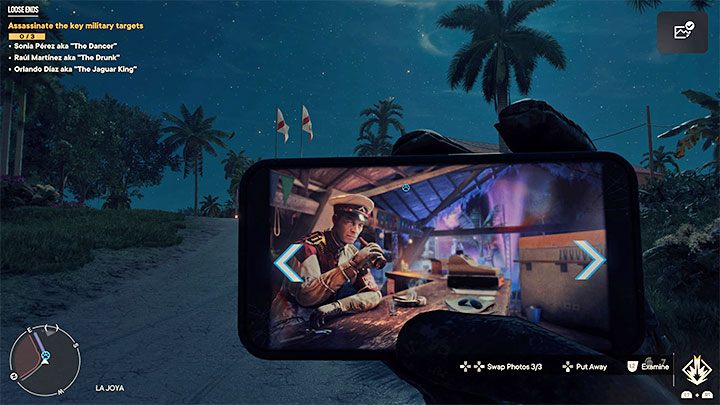 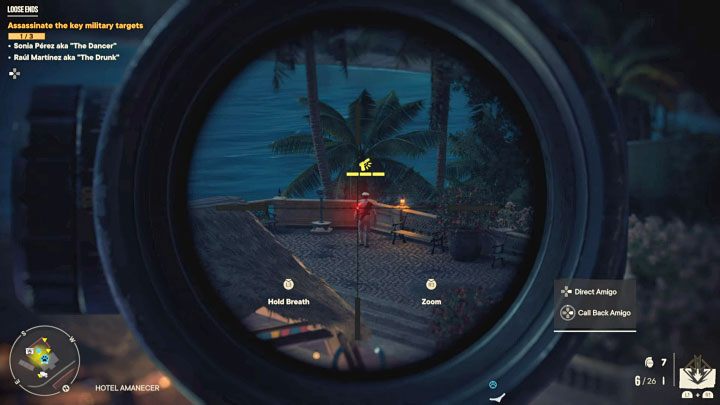 Raul Martinez - The Drunk is hanging out near the bar to the right of the stage. It's best to wait before you kill him until he has moved away from the bar to a more secluded location. 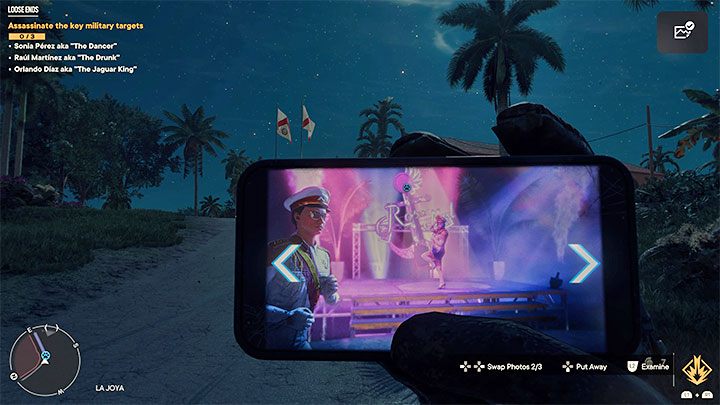 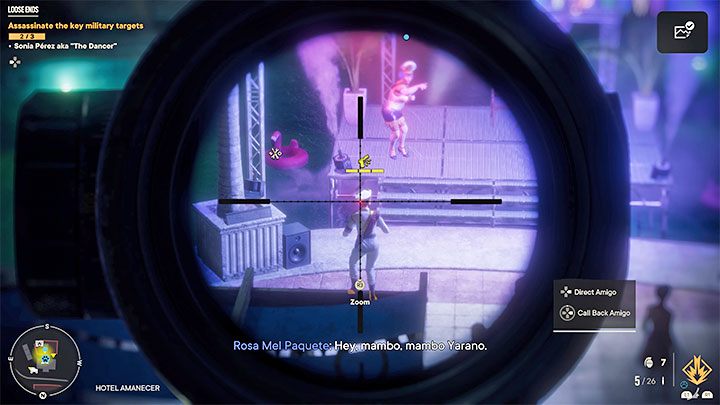 Sonia Perez - The Dancer is dancing in front of the stage. It's best to murder her last, as for obvious reasons her death will alert all the characters in the area.

Once you have eliminated all 3 of the military targets, this Yaran story will be completed. 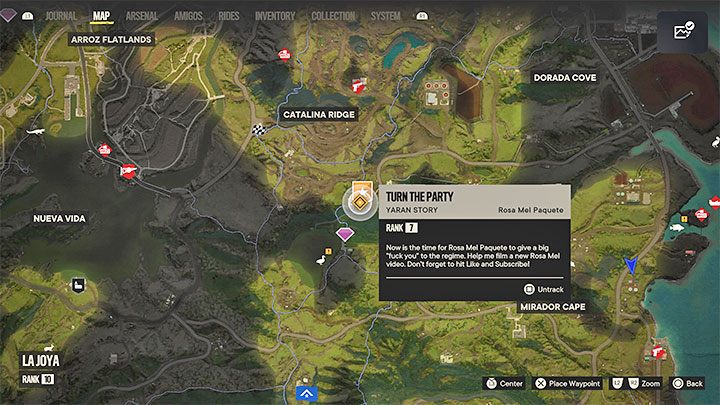 Shortly after completing this side mission, Rosa Mel will contact you again. You have to go to the command center in Cardoso Mill and once you arrive there, all you have to do is watch the cut-scene.